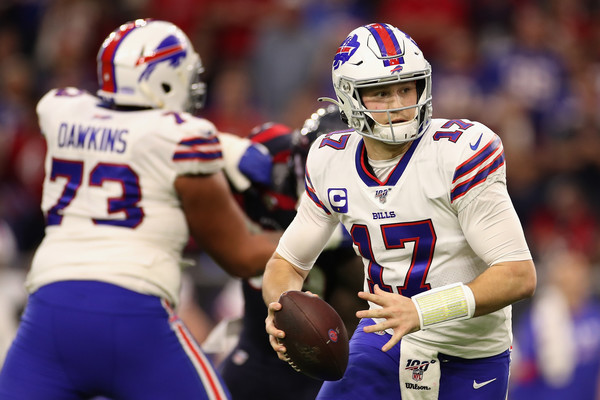 ORCHARD PARK- It’s time to start talking about the Buffalo Bills. Everyone gets wrapped up talking about the Kansas City Chiefs and Baltimore Ravens. Are these really the only two teams in the AFC that should get all of the attention and Super Bowl hype? The Bills may be very close to being on par with the two AFC juggernauts. It sounds ridiculous at first, but take a step back and try to give this some logical thought.

The first thing to notice about the Bills is the fact that this team’s defense kept them in a lot of games last season. The defense gives opposing offenses absolute fits. The Bills defense was second overall last season just behind the New England Patriots. Yes, the Bills were actually better on defense than the Baltimore Ravens, Chicago Bears and Minnesota Vikings. The team gave up just 4,772 yards all season which is less than 400 yards better than the Patriots total of 4,412 yards given up in 2019. The Bills prevented a lot of passing touchdowns as they only gave up 15.

The Bills identity may be great defense and an electrifying running game. Buffalo will have an old school look. The only difference is Devin Singletary is more of an agile running back as opposed to a power running back. Singletary started just 12 games in his rookie season in 2019 and ran for 775 yards and two touchdowns. He’ll be the starting running back in 2020 and should do a whole lot better.

Prediction- The Buffalo Bills will have the third-best record in the AFC with a 12-4 record and will be the AFC East Champions.