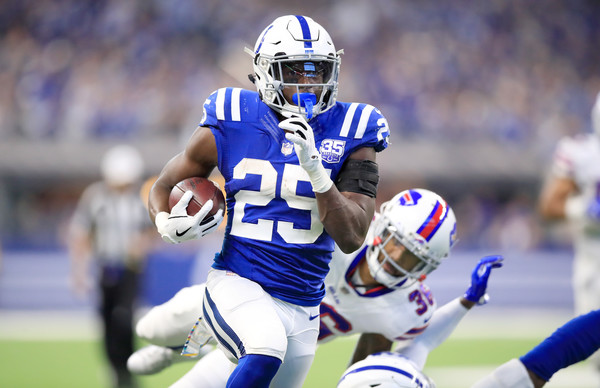 INDIANAPOLIS- The Colts went through two major setbacks last season. Andrew Luck retired out of the blue and receiver T.Y. Hilton was injured. Everything went downhill very quickly. The Houston Texans won the AFC South and the Tennessee Titans advanced all the way to the AFC Championship. So is the way of football life in the NFL.

Flash forward to 2020. The Colts signed veteran quarterback Philip Rivers (4,615 passing yards, 23 passing touchdowns last season) to start over Jacoby Brissett. Hilton should be healthy and ready to be one of the top receivers of 2020. Indianapolis also won big in the draft by selecting Wisconsin running back Jonathan Taylor (2003 rushing yards, 21 rushing touchdowns) and Southern California (USC) receiver Michael Pittman (1,175 receiving yards, 11 receiving touchdowns). Taylor and Marlon Mack (1,091 rushing yards, eight touchdowns) should be a force to be reckoned with as the Colts look to have one of the best running back duos in NFL history. The Colts offense is one of the most stacked units in the NFL heading into 2020. The mix of veterans and rookie talent should get Colts fans excited and ready to rock. Taylor and Pittman could be pro bowl talent early on.

The Colts defense needs to improve a little bit as they were the 18th overall defense in the NFL last season. They traded for San Francisco defensive tackle Deforest Buckner so the Colts should see a vast improvement. The Colts defense includes Buckner, Darius Leonard, Malik Hooker, and three-time pro-bowl cornerback Xavier Rhodes. The additions of Buckner and Rhodes should invigorate the Colts defense and make this unit one of the most exciting defenses of 2020.

Prediction- The Indianapolis Colts will surprise everyone by winning the AFC South with a 12-4 record. They will be the top wild card team as the Baltimore Ravens and Kansas City Chiefs will be the AFC’s top two teams again.