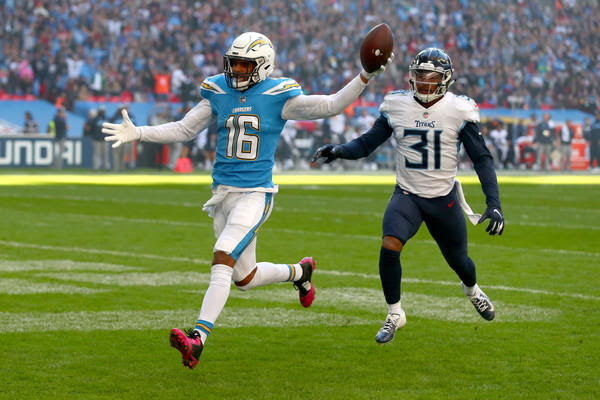 Share
Tweet
Share
Share
Email
Comments
Fantasy Football players want to get off to a hot start just like NFL teams. Sometimes, there are difficult choices to make. It’s important to remember important factors such as matchup problems, quality of opponent, and injury concerns. Here are some players fantasy football owners may want to start and others they may want to consider placing on the bench.

1. Receiver- Tyrell Williams (Oakland Raiders)- Antonio Brown was released so that means Williams will be the number one receiver in Oakland. There is an all-important Monday Night game against Denver so expect Williams to put on a show. He is a deep threat receiver that can score at will. He showed flashes of his capability last season on the Los Angeles Chargers.

2.  Receiver- Odell Beckham (Cleveland Browns)-   The former New York Giants star receiver is now part of a new look, up-tempo Cleveland Browns offense. Although some fantasy owners could bench Beckham week one due to the hip injury, he said he is feeling much better. Expect Beckham to be at 90% health. Even though he is still recovering, Beckham should be able to put up big numbers against the Titans. He won’t get his usual 100-yard receiving game.

3. Quarterback- Jameis Winston (Tampa Bay Buccaneers)- He has the experience and has a plethora of outstanding talent on offense. Mike Evans and DeSean Jackson give Winston great options to throw to. Ronald Jones could emerge as one the top running backs in the league which will take the pressure off of Winston.

4. Running back- Duke Johnson (Houston Texans)- A new team and he is the number one running back after the devastating LaMar Miller season-ending injury.  Johnson will finally showcase his skills in a full game and prove to the NFL he is not a backup running back.

Although the 49ers defense could improve, Winston will likely have a field day against this unit.

1. Tight End- Jordan Reed (Washington Redskins)- Reed is still dealing with an injury and won’t start for the Redskins

2. Receiver- Josh Gordon (New England Patriots)- Although there is a temptation to start Gordon after being reinstated, it would be wise to will wait until week two. Gordon has the deep threat talent but the suspensions forced him to miss a lot of games. It is also important to factor in that Julian Edelman and rookie N’Keal Harry could have multiple receptions, taking away opportunities from Gordon.

3. Quarterback- Kyler Murray (Arizona Cardinals)- Although this rookie quarterback brings a lot to the table and there could be some owners willing take a chance, it would be best to bench Murray for week one until he proves what he can do.

4. Receiver- Sammy Watkins (Kansas City Chiefs) Tyreek Hill is playing and Travis Kelce will get a lot of receptions. If Hill was still suspended, then Watkins would be a must-start receiver.