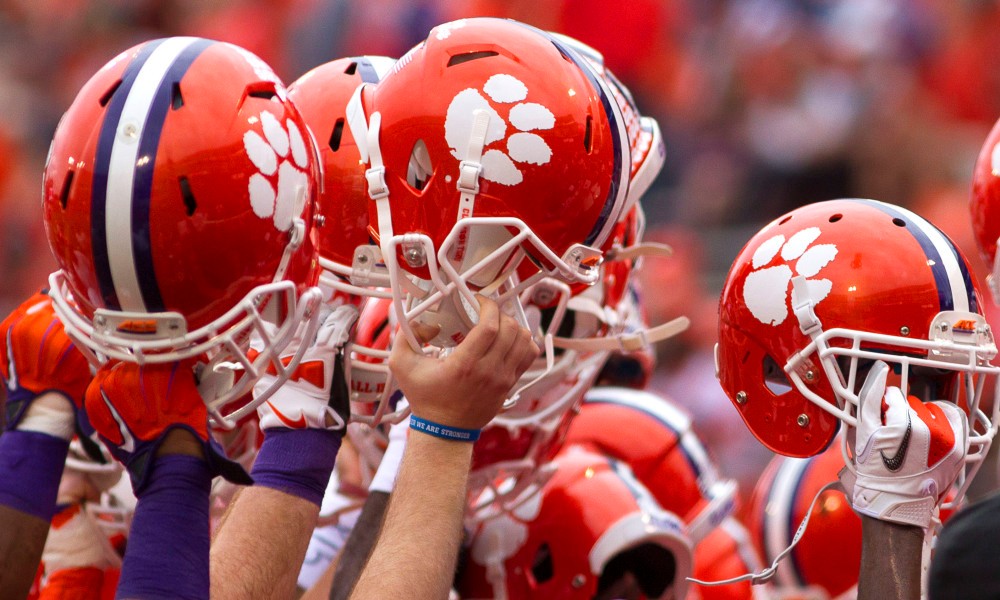 Welcome to Against All Odds: NCAA Bowls/NFL Picks Week 18! From the opening weekend of the NCAA football season through Super Bowl LII, Mike Drakulich (PSN), the man behind Pittsburgh SportsNation, takes on his father, Michael J. Drakulich (MJD), in picking NCAA and NFL games against the Vegas spread.

Last week I go 9-1 and feel like I’m on a roll… this week, it the exact opposite, as just about anyone I picked decided to kick me in the nuts. Game after game, after game.

You don’t believe in a Higher Power? Just follow me around. This is why I hate Bowl games. I was seven games over .500 and had a five game lead over my dad. Now I’m two games under and trail him by two games courtesy of him picking against me in the majority of those games… screw these games and the players who dog it while playing them.

This week marks the last of College Football for the 2018-19 Against All Odds season, that is, with the exception of the National Championship in Week 20’s edition, which also starts the NFL Playoffs and Wild Card Weekend.

21 games on the docket… will I be pumping my fist in the air or hiding under a blanket come next week?

Auburn should be able to make Purdue sing the Blues in this game down in Nashville. War Eagle!

How will WVU fare without star QB Will Grier? Something tells me not well… maybe the Mountaineers will find their offense and make Syracuse fold their tents and go home, but I doubt it.

Washington State makes their final stand of the year vs a tough Iowa State team… they’ll hold the fort and make the cover. Dad said watch out for Dorothy and Toto here.

The Gamecocks will be shopping for their 8th win of the season. They will do so vs a soft Virginia squad.

Things won’t go very peachy for the Gators who face one of the toughest defenses in the country in Michigan… that is unless the Wolverines forget how to football, as they did vs Ohio State a few weeks ago… dad says “chomp, chomp”.

Wolves in Arizona?!? Yes!! We’ll go with the red ones for me in this one. Dad says there is safety in numbers.

This is a National Semifinal, right?? I know how good Clemson is, but this one will be closer than two touchdowns. Notre Dame isn’t some patsy here. Or are they?

This is a National Semifinal, right (Part II)?? I know how good Bama is, but the Sooners can score with the best of them. The Crimson Tide will more than likely win, but it won’t be a blowout… then again, dad says “Roll Tide!”

I like the Bearcats to come out gunning vs the Hokies, who are lucky to even be in a Bowl.

The sun don’t shine on the same dog’s ass every day… the bad luck Pitt has endured in Bowls will come to an end vs Stanford. Bryce Love won’t be playing for the Cardinal, so unless the Panther’s Kenny Pickett completely stinks the joint out, Pitt will pull the upset. Look for seniors Qadree Ollison and Darren Hall to make their final games as Panthers a memorable one.

Normally, these two teams are a lot better, but this year both are just average. This game being played out west favors the Ducks.

Give me Missouri or give me death!

Northwestern, like Clark Griswold and family, take Holiday Road to Cali where they will likely get pasted by the Utes…wait, what? Did you say Utes?

The Wolfpack were rolling along this season till Clemson clobbered them. They haven’t been the same since. The Aggies will slay N.C. State in this game.

Mississippi State is a good team, but they aren’t good enough to cover this game vs the Hawkeyes, who just might take the Bulldogs outback and surprise them.

Will Kentucky be able to end this superb season by putting squeeze on Penn State? I’d love for that to happen, so to ensure it does, I’m taking the Nittany Lions here.

No McKenzie Milton, no chance for UCF vs the Tigers. Would’ve loved to see that kid healthy and the Knights be given a chance, but it is what it is.

Ohio State, unless they shot their wad vs Michigan, should come out smelling like roses after this match-up against Washington. I just don’t think the PAC 12 is that good.

Georgia is looking for sweeten the end of the season by chopping up Texas down in Louisiana.

16.5 points is a helluva spot to cover for Pittsburgh, but something tells me that the Steelers are going to take out their frustrations on the Bengals. To make the playoffs, they need to win and…

…Cleveland has to defeat the Ravens for Pittsburgh to win the AFC North. Will Baltimore choke for the 2nd straight season in the last game of the year, only to watch their hated rivals best them once again? Ahh, hell, why not?