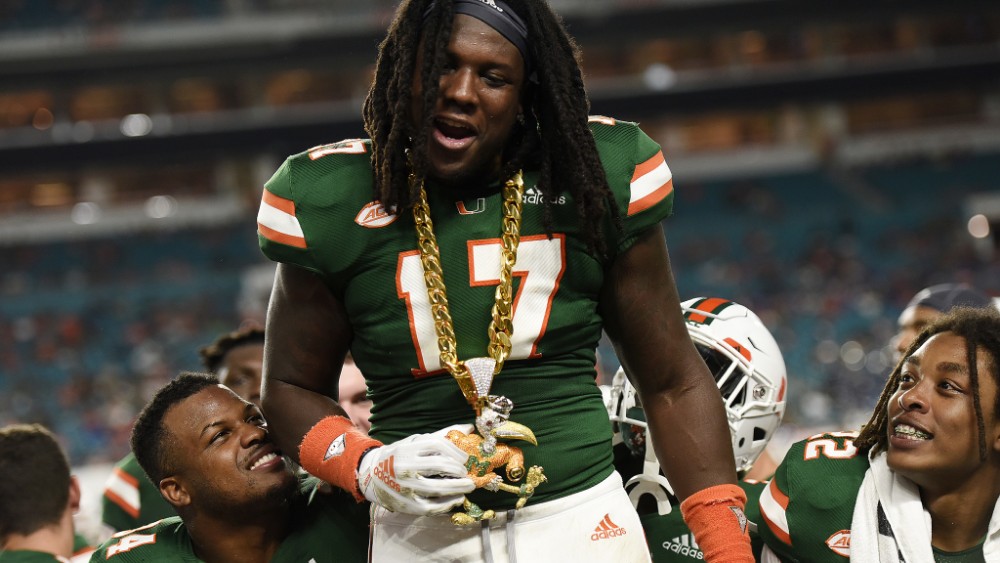 Welcome to Against All Odds: NCAA Bowls/NFL Picks Week 17! From the opening weekend of the NCAA football season through Super Bowl LII, Mike Drakulich (PSN), the man behind Pittsburgh SportsNation, takes on his father, Michael J. Drakulich (MJD), in picking NCAA and NFL games against the Vegas spread.

Like the Steelers, Pittsburgh SportsNation was back with a vengeance, ripping off nine out of ten last week to bring my season total to 71-64. Dad put forth a great week at 6-4, but now trails his prodigy by five games.

This week we have 12 Bowl Games to choose from and three from the NFL to round the week off at 15 total games. Out of the 15, dad went oppo 10 times. We’ll see if his strategy works or backfires on him… but I’m feeling pretty confident right now in picking these games.

Catch you next week for week 18! May you and your families have a great and safe holiday! Merry Christmas to all!

If I weren’t playing in the College Football Playoffs, this is the place I’d like to end up at. Toledo can put up some points, so I’ll feel quite comfortable in choosing the Rockets here.

The Cougars will prove to be too much for Western Michigan to handle in this one. Grab some fries and watch BYU roll.

Wake Forest has played some tough foes, and I wouldn’t be surprised if they actually won this game, but at first glance, Memphis gets my nod in this one. They were handling UCF for over a half before collapsing like an Andy Reid coached team in the playoffs…

Army will be gunning for their 11th win of the season, and with Houston missing D’Eriq King, it’s more than likely to happen.

This one could go either way, but Buffalo is eager to win their first ever Bowl game and I say it’s gonna happen right here.

Ok, if there is no playoffs, either the Bahamas or Hawaii Bowl would suffice. Heck, now, perks to paradise once again feature a trip to Robin’s Nest, where instead of being bored to death by an old wartime story by Higgins, you find yourself staring at her ass and going “Hey now, Higgy baby!”… just watch out as Zeus and Apollo haven’t become cute cuddly puppies.

Anyway, how the hell can you go against a team playing a Bowl game IN their house?

I was close to going with BC here, but they were absolutely hammered in their last two games. Boise State will prove to be too much for the improving Eagles team.

This will be a “Man Up!” game… I see Tech imposing their will with their vaunted rushing attack against the Gophers.

Like the line, this is a toss up, but I think Cal’s Patrick Laird will be the difference in this one. He is the only FBS players with over 900 yards rushing AND 50 plus receptions on the season.

Expect to see some points put up in this one, but when the chips finally fall, Temple will both win and cover.

Two underachieving teams meet up here… a little birdie told me the Turnover Chain will be in use a lot at Yankee Stadium, which points to a decisive Hurricanes victory.

The Bears are barley average and Vanderbilt, though not much better, will be the team that finishes above .500 after this game concludes.

Two teams that are as confusing as which bathroom to choose in California… The Titans have a playoff spot on the line, as does Washington. Not very confident here, but going with the Titans at home over a decimated Skins team.

The Chargers can put the heat on the Chiefs with a big victory here over the Ravens. A loss by Baltimore could be the end of both their season and John Harbaugh’s tenure as the Birdie’s head coach. I like the Chargers here.

Pittsburgh proved they were still one of the best teams last week after taking care of New England. New Orleans is a tough venue to play in, but Saints lineman Cam Jordan sealed their fate when he opened his mouth questioning Ben Roethlisberger’s career and abilities as a quarterback.