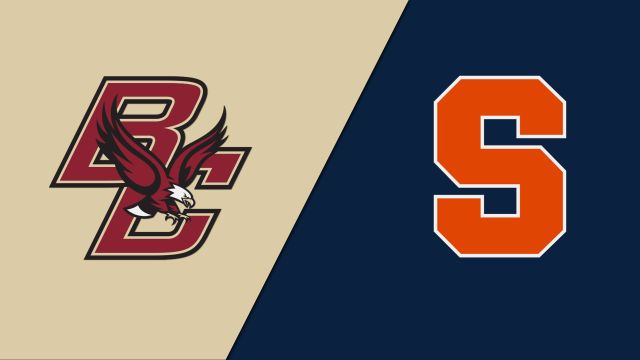 The numbers speak for themselves when discussing last Saturday’s game in South Bend. The Fighting Irish of Notre Dame took control of this game from the very beginning and never let go. they pounded the Boston College front seven to the tune of 281 yards on the ground and 437 total yards for the game. The Irish were 8-of-13 on third downs which helped to net them 22 first downs for the game. Notre Dame scored three minutes into the game and kept their foot on the gas pedal. The 44-0 win speaks for itself with the Irish taking advantage of four Eagles turnovers in the first half.

Three of those turnovers came from the arm of freshman QB Emmett Morehead (9-of-22, 117 yards). He had a rough day trying to run the BC offense. BC gained only 56 yards on the ground, with freshman RB Alex Broome gaining 25 of those yards. LB Vinny DePalma had a busy afternoon on defense with 12 tackles, nine of them solo. It could be said at times the Eagles were too busy, especially trying to slow down the Irish. Boston College (3-8, 2-5) now gets ready for Senior Night at Alumni Stadium on Saturday against another struggling team in the Syracuse Orangemen (6-5, 3-4).

Syracuse has lost five in a row, their last win was back on October 15 vs then #15 ranked North Carolina State. The Orangemen spent the first two months as a ranked team themselves. However, since the 22nd of October, the wheels have fallen off. They are bowl eligible, and a win on Saturday night would give them a better chance at a game later in the bowl season. This will be the first time Syracuse has been at Chestnut Hill since 2018. BC does hold a 13-12 advantage at home with the Orangemen having won the last two meetings. Last week in the loss to Wake Forest, the Syracuse offense showed some life. They gained 477 yards, the second-highest total this season. Quarterback Garrett Shrader was 17-of-31 for 324 yards. The yards are a career-high. Running back Sean Tucker rushed for 106 yards on 16 carries. Running the ball may be the way to go for Syracuse. On defense, Syracuse will be looking to find ways to get off the field, as they have allowed an average of 41.5 points in the last two games.

Boston College will be trying to end the season on a good note as they have lost four of five.. WR Zay Flowers who has been BC’s best offensive player this season, will look to add to his season numbers. He ranks first in the ACC in yards with 967, (12th in the country), and second in the league in touchdowns with 10 ranking him sixth in the nation. He is second in the conference in receptions with 70, (15th in the country).

This will be the 55th overall game between the two teams. It is the fifth-highest total for Syracuse vs any opponent. Senior day or night is always special and this one should be no different.