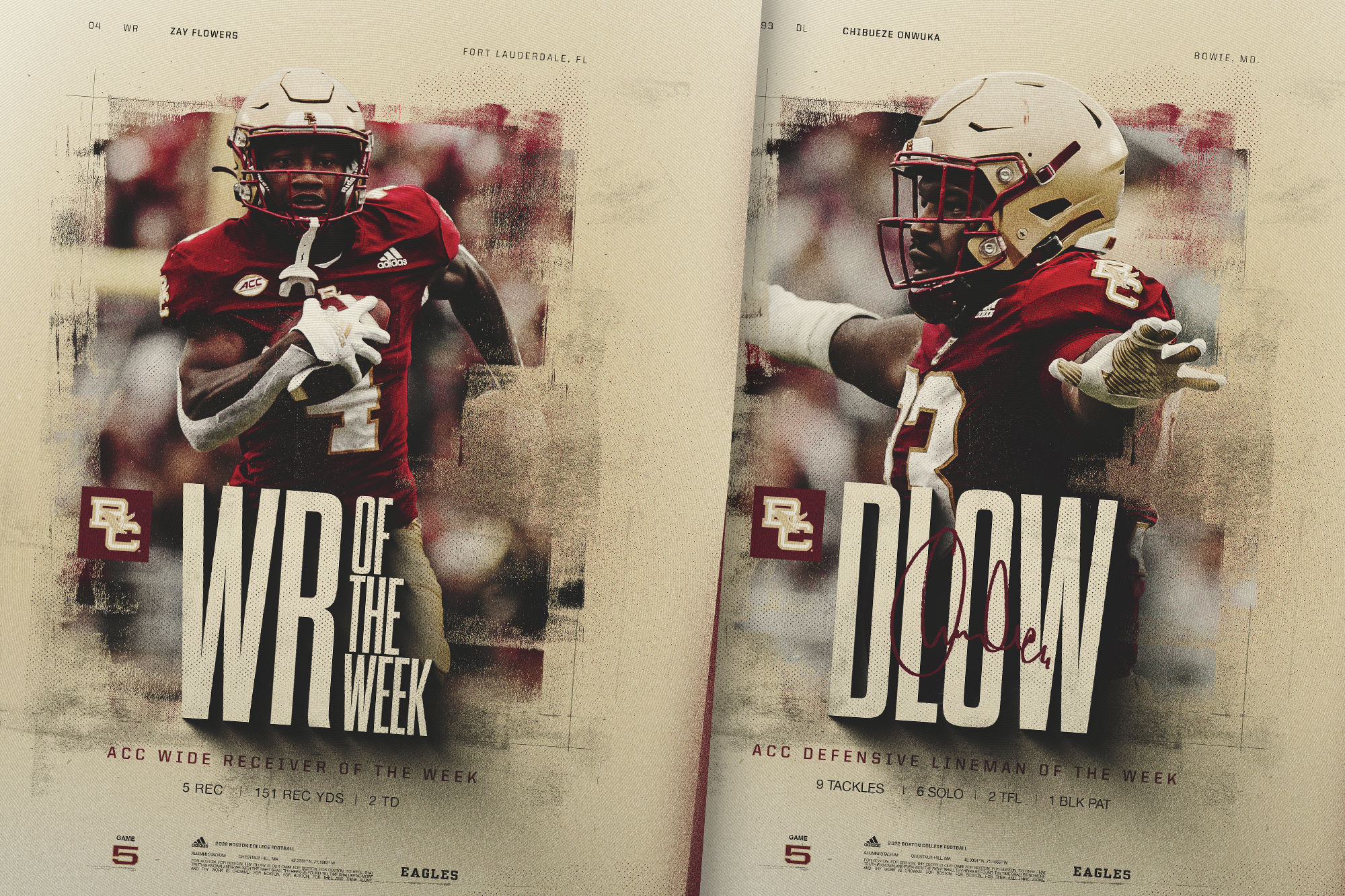 Getting their first Atlantic Coast Conference win over Louisville on Saturday afternoon was a big step forward for the Boston College Eagles football team. Having two members of the team earn weekly ACC honors is icing on the cake. WR Zay Flowers, who had a big day catching the football, and defensive tackle Chibueze Onwuka, were honored by the league for their performances in the victory.

Flowers of Fort Lauderdale, Florida was named ACC Offensive Receiver of the Week. He caught five passes for 151 yards and two scores. The touchdowns were for 57 and 69 yards. His first score of the day was in spectacular style as he leaped over two Louisville defenders to make the catch and waltz into the endzone. He also ran the ball once for 22-yards which helped set up the first touchdown of the day for BC. His performance also gained him the Reese’s Bowl Offensive Player of the Week and the East-West Shrine Bowl breakout offensive player honors. Saturday’s 151-yard day places him second on the BC all-time receiving yards list at 2,460 yards. It was his seventh 100-yard receiving yard day in his Boston College career.

Onwuka had a big day on the defensive line. He finished the day with nine tackles which is a career-high for the graduate student from Bowie, Maryland. Chibueze had two tackles for losses as he found his way into the Cardinal backfield to cause problems. His fine play also showed up on special teams as he blocked a point after attempt in the second quarter that left his team down by two at the time. That blocked PAT turned out to be big for the Eagles as they would win by one, 34-33.

Both of these players along with the rest of the team have a big challenge in front of them this Saturday night. The Clemson Tigers will be at Alumni Stadium to play in front of a sold-out stadium and national television audience.