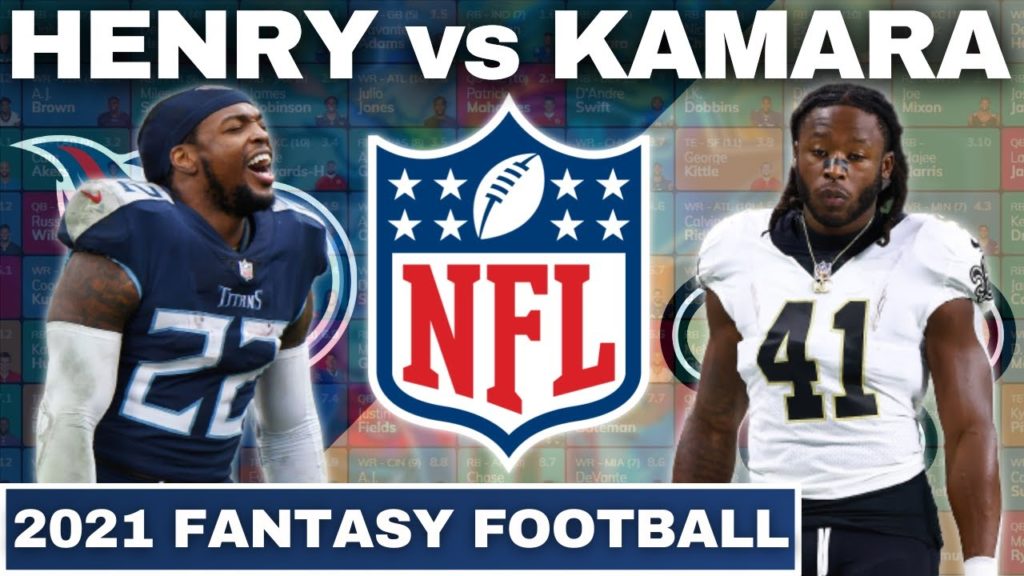 How can fantasy football owners pass up a running back who just gained 2,027 yards and 17 touchdowns? Is Kamara expected to finish with better stats than Henry? Will Henry have a down year or far fewer rushing attempts? Understanding the basic logic for Kamara’s number one overall ranking is a real head-scratcher. Kamara finished with 932 rushing yards and 16 touchdowns in 2020.

Kamara projects to have a monster year so drafting him may be a good decision but just not at number one over Henry. It’s hard to say to a running back who will almost certainly gain over 1,500 rushing yards. Who knows what the final totals for Henry will be? He could very well have another 2,000+ rushing yards this season barring a season-ending injury or some fluke. Could it be the addition of Julio Jones that has people wondering if Henry will get as many touches and yards this coming season? Kamara suffered an ankle injury which forced him to miss 2 games in 2019 but he bounced back nicely in 2020.

It would likely be better to draft Henry but Kamara has a lot of upside too. The arguments will come from both sides. These two players are FF scorers and you won’t lose with other of them.

5 thoughts on “Fantasy Football: Alvin Kamara or Derrick Henry? That is the Question”