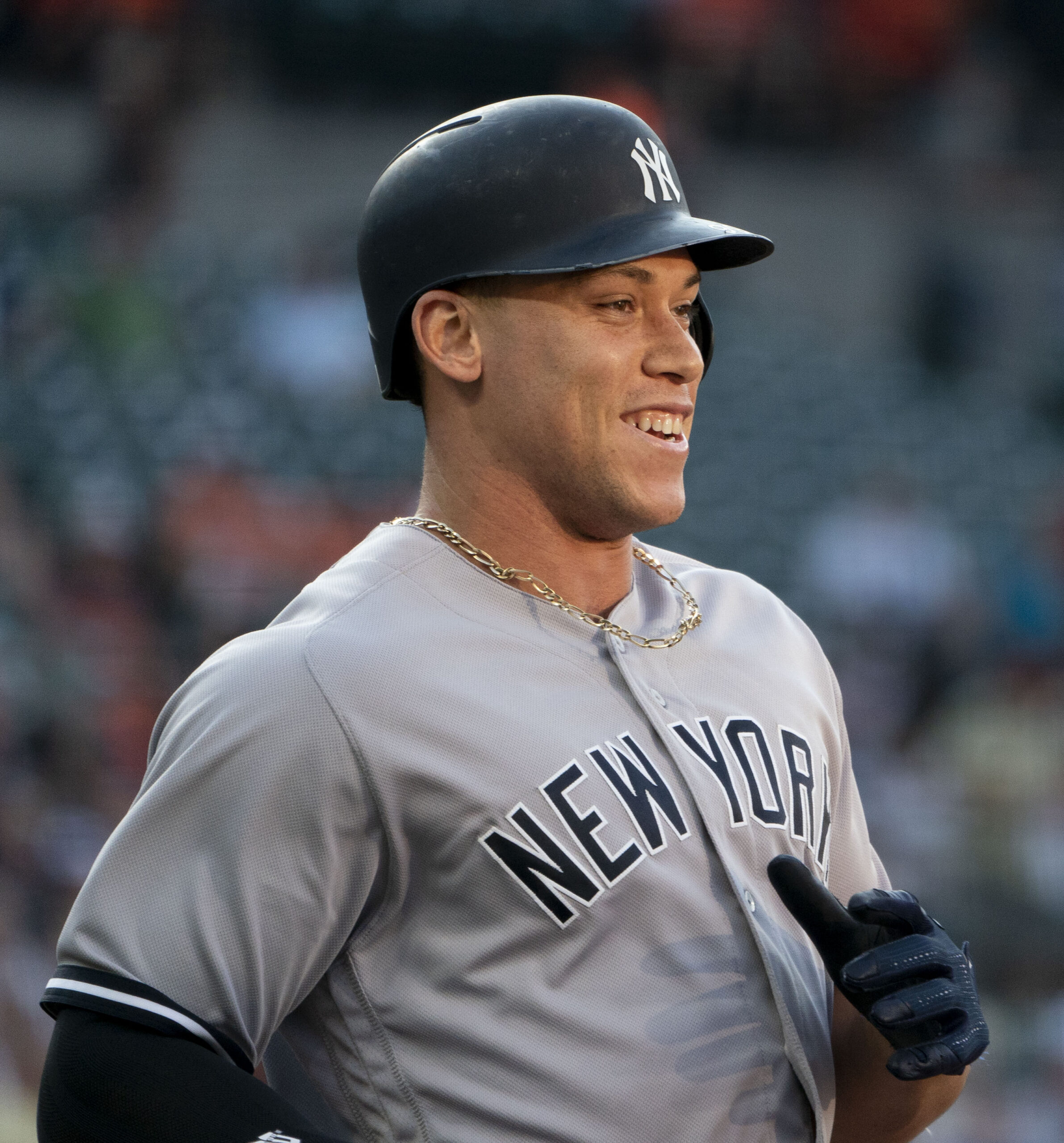 Aaron Judge’s free agency is one of baseball’s biggest headlines, and the New York Yankees may be in trouble. San Francisco has emerged as a serious challenger to the New York Yankees. Per Jon Heyman, the Giants have had several productive talks with Judge about him joining their squad. This news came as a surprise to many Yankees fans. Why Judge would ditch the pinstripes for a middling team in the same division as the Padres and Dodgers? To the chagrin of Yankees fans, it would be a good decision for Aaron Judge to leave for the Giants. Let me explain why:

Why would Aaron Judge leave the Yankees?

Aaron Judge just had a record-breaking MVP season for the most storied team in the history of professional sports, why would he be unhappy?

Short answer: Yankees fans suck. It’s understandable for a player to not want to return to play for a fanbase who boos him at the slightest misstep, even during a season where he did all that was humanly possible to propel that team to success.

This Yankees team also feels like it’s allergic to success. Despite having, far and away, the most talented team in the league, the Yankees have seen no serious playoff success. They lost to a young, inexperienced, and less talented Cleveland Guardians team in this year’s divisional series. They lost to the rival Red Sox in the 2021 wild card, lost to the other division rival Tampa Bay Rays in 2020, and pulled off back-to-back-to-back ALCS losses stretching back to that ill-fated 2017 series with the Astros (buzz buzz).

At its current construction, the Yankees feel like a cursed team. On that note, this Yankees team is still squarely in a period of team construction that won’t pass until prospects like Anthony Volpe and Oswald Peraza mature – which is years down the line. At the age of 31, Aaron Judge simply doesn’t have time to wait. Combine that with a division filled with teams that will only grow stronger, and you give Judge a really great excuse to leave. But…

Why the San Francisco Giants?

Buster Posey’s absence was felt in 2022 as the Giants fell behind the Padres and Dodgers in an 81-81 season. The Giants need a star on the diamond, and Judge is baseball’s biggest one.

It seems somewhat illogical to escape a stacked division for baseball’s other stacked division, but I assure you, the NL West is a better place for Judge than the AL East. Based on Judge’s 2022 spray chart, his home run output would’ve been higher had he been playing more of his games in the NL West. Some of Judge’s lowest expected HRs by park totals are in the AL East as places like the Green Monster, Baltimore’s Wall of Terror, and Canada are not ideal for Judge’s swing.

Additionally, the teams themselves are deceptively weak. The Rockies make the wrong management decisions almost perpetually, and that isn’t going to change anytime soon. The Diamondbacks have constructed an unexpectedly good team, but it isn’t strong enough to be considered a threat. The Padres have a shallow farm and a team that’ll start aging sooner rather than later. The Dodgers have the prospects and resources to be a perennial contender, but they are even more cursed than the Yankees – losing pathetically in every recent postseason (outside of 2020, but we all know that 2020 was the year of baseball flukes).

The Giants, on the other hand, receive an inordinate amount of blessings from the baseball gods. The 3 World Series wins in the past decade are proof enough, but their 107-win 2021 season shows this Giants team still has that magic. Judge can round out a power-hitting outfield of Joc Pederson and Mike Yazstremski. A Judge signing will be enough to reel Carlos Rodon back to SF, making the Giants a serious World Series contender in the process.

Starving for more of my thoughts on Aaron Judge? look here