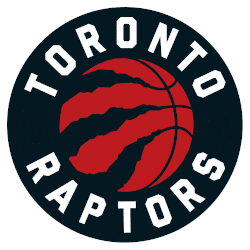 TORONTO, Canada, August 6, 2021/ — The Toronto Raptors announced Thursday that they have signed Masai Ujiri to a multi-year contract as Toronto Raptors vice-chairman and team president. Per team policy, terms of the deal were not released.

“Great sportsmen impact their games. Great leaders impact their communities. Masai Ujiri does both, and we’re very pleased he is returning to the Raptors as vice-chairman and president,” Maple Leaf Sports and Entertainment chairman Larry Tanenbaum said. “Masai and MLSE share the goals of bringing another NBA Championship to Toronto, and off the court, working towards making our city, country, and world a better place. These are exciting times, and we look forward to all that comes next for our team, for Masai, and for his family. Masai, we’re glad you’re staying home.”

Ujiri has led the Raptors since 2013. During his tenure, the Raptors have moved into their state-of-the-art practice facility at OVO Athletic Centre, hosted an NBA All-Star Game, formed Raptors 905, their G League franchise, and in 2019 won the NBA Championship, the first team outside the United States to accomplish the feat.

“On the court, our goal is clear: to bring another championship to Toronto. Our team is united in that mission. Nothing else will do. We will bring young talent to this city. We will value the veteran players who got us here,” Ujiri said. “I’ve said it before and I’m saying it again: We will win in Toronto.”

Ujiri’s commitment to his work off the court remains unwavering. He continues as president of Giants of Africa, the non-profit he co-founded in 2003, which urges youth to Dream Big and uses sports as a tool for advancement. This summer, he will travel to Africa to unveil new GOA-funded sports infrastructures, so youth there will have access to quality facilities.

In addition to his work with GOA, Ujiri intends to take on new challenges, including advocating for equality and fair treatment for marginalized people in the justice system and focusing on the issue of child soldiers and peace. In 2020, Masai launched thatshumanity.org, inspired by his experiences and the lessons learned from leaders like Nelson Mandela. His non-profit interests will be represented by WME.

“To be able to stand with Larry Tanenbaum and the MLSE board as we confront these challenges is huge,” Ujiri said. “To share a vision of what we believe can be possible, and understand the work we have to do to get there, is a huge reason I’m so glad to be back in Toronto. I am very grateful for their confidence and their support.”

Ujiri grew up in Zaria, Nigeria. He played college basketball in the United States and began his career in professional sports as a scout. Ujiri was appointed general manager of the Denver Nuggets in 2011, becoming the first African GM in pro sports, and won the 2013 NBA Executive of the Year award. In Toronto, he has also served as director of global scouting and assistant general manager.

He lives in Toronto with his wife, Ramatu, and three children.

Distributed by APO Group on behalf of the National Basketball Association (NBA).