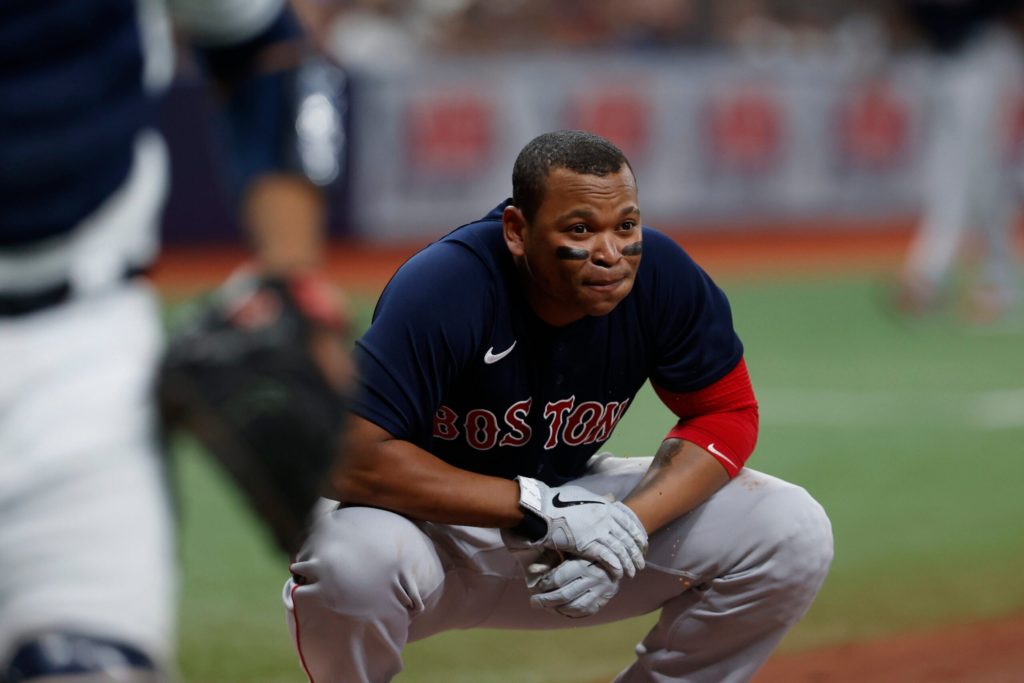 Following this year’s All-Star Break, the Boston Red Sox have experienced a reversal in their upward trajectory. Before the break, the Red Sox led the American League East with strong starting and relief pitching and a successful offensive lineup. During the past few weeks, however, the Red Sox have had trouble winning games. They have won nine of their 20 post-All-Star Break games and only two of their last ten. Their pitching has become less consistent, with starters often exiting the game before the sixth inning, and they have not been able to hit effectively and score runs as they did earlier in the season. They also no longer lead their division and are in second place, two and a half games behind the Tampa Bay Rays.

The recent trade deadline on July 30th allowed the Red Sox to obtain valuable players that would help improve the team. While many other teams contending for the playoffs made trades to strengthen their roster, the Red Sox chose not to make many big trades to keep their future players in their farm system. Their biggest trade was for Kyle Schwarber, a 2021 All-Star outfielder from the Washington Nationals who the Boston Red Sox plan to use at first base, despite having never played the position before. Although he has been injured since the Red Sox acquired him, he will likely be added to the lineup soon after a rehab assignment in the minor leagues. His strength as a left-handed hitter could be what the team needs to regain momentum with their offense.

In addition to Schwarber, starting pitcher Chris Sale is also expected to be added to the Red Sox pitching lineup next week after recovering from Tommy John surgery in March of 2020. He has had four rehab starts so far where he has an ERA of 1.76, 27 strikeouts, and only two walks. With Sale back in the pitching rotation, the Red Sox hope to be able to have their starters pitch more innings and rely less on the bullpen. Second baseman Christian Arroyo and relief pitcher Ryan Brasier are also expected to return soon from the injured list at a critical time for the Red Sox.

The Red Sox’s next 12 games are against teams in the American League East, so it will be crucial for them to win if they want to regain first place. Next week’s series against the Rays will be especially important since only two and a half games separate the two teams.