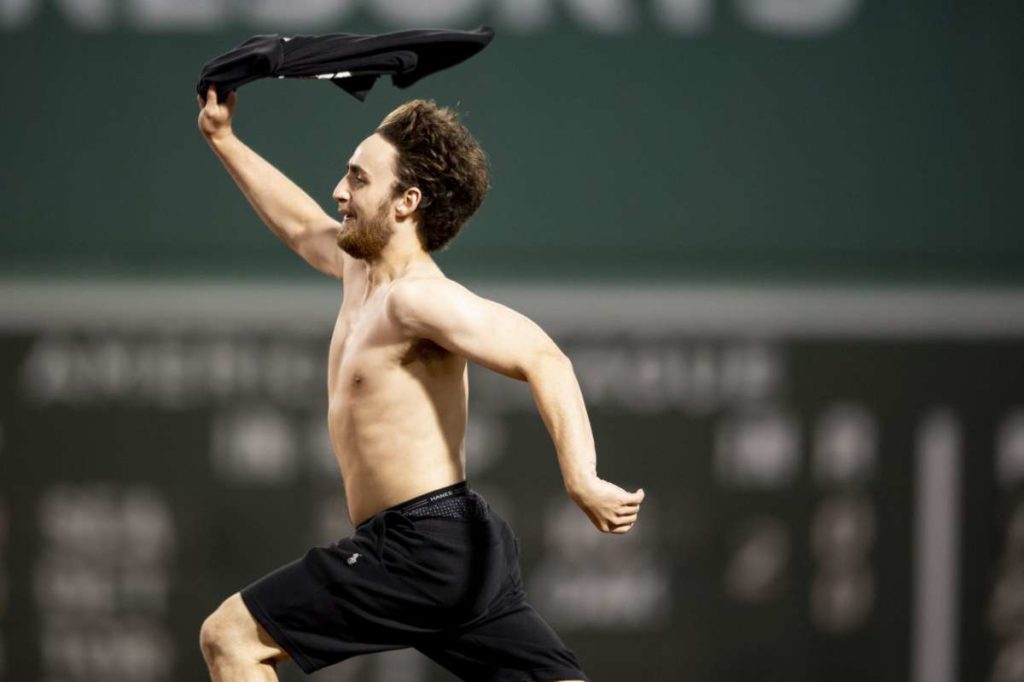 No two baseball games are exactly the same. No matter how many games you watch, there will always be new and exciting moments. The Boston Red Sox game against the Houston Astros on June 10th had no shortage of odd occurrences, making this particular matchup completely unique. Any fan lucky enough to be at Fenway Park that night was treated to not one but two dropped pop flies, a manager being ejected, multiple runs scored without a hit and even the tackle of a half-naked fan who ran onto the field from right field.

The 6th inning was when most of the strange events took place. In the bottom of the sixth with the Astros ahead 8-7, JD Martinez hit a routine pop fly to right field, which was dropped by Kyle Tucker, allowing Kiké Hernández to score from third. The game was suspended temporarily when a fan ran onto the field and was tackled by security right in front of home plate. Later, Christian Vázquez was hit by a pitch that loaded the bases, and the Red Sox scored again with a walk in the next at-bat.  Despite only having two hits in the inning, the Red Sox scored five runs and even stranded two runners on base.

The weirdness continued in the seventh inning when Yuri Gurriel hit a fair ball that barely made it past the plate. This led to a double play when Gurriel thought the ball was foul and didn’t run, and baserunner Yordan Álvarez was tagged out running back to first base from second after also believing the hit went foul.

One of the strangest plays on the night happened right after Tucker dropped the fly ball. Boston Red Sox third baseman Rafael Devers hit another pop-up to center field, and after squaring up to catch it, Astros shortstop Carlos Correa dropped it. Despite traveling to the outfield in his attempt to catch the ball, the umpire called the infield fly rule.

The infield fly rule states that if runners occupy first, second, and/or third base, and there are fewer than two outs, any pop-ups hit to the infield are automatically ruled out if the umpire calls it while the ball is still in the air. The purpose of the rule is to ensure that a player in the field cannot drop the ball on purpose and then easily get multiple outs instead of the one out they would get by catching the ball.

When an umpire is calling an infield fly, they are supposed to call it as soon as possible so both the baserunners and the fielders know that the ball is an infield fly. In this case, the umpire called Devers’ hit an infield fly just before the ball would have been caught, causing confusion about Bogaerts and Martinez advancing to the next bases. If the ball was not ruled an infield fly and was caught, Bogaerts and Martinez would have had to tag up in order to advance. However, since Devers was called out, there was no force, and the baserunners could advance at their own risk.

This play also brings up the objective nature of the rule. Other than the technical requirements about the number of baserunners and outs, the rest of the infield fly rule is left for the umpire to call when they believe that an infielder could catch the ball with ordinary effort. Not only could each umpire have a different definition of ordinary effort, but it could also differ depending on the player. In this play, Correa had time to get under the ball despite traveling into the outfield. Other players might not have been able to get close to it. Several small details about this particular play could have led to a completely different outcome.