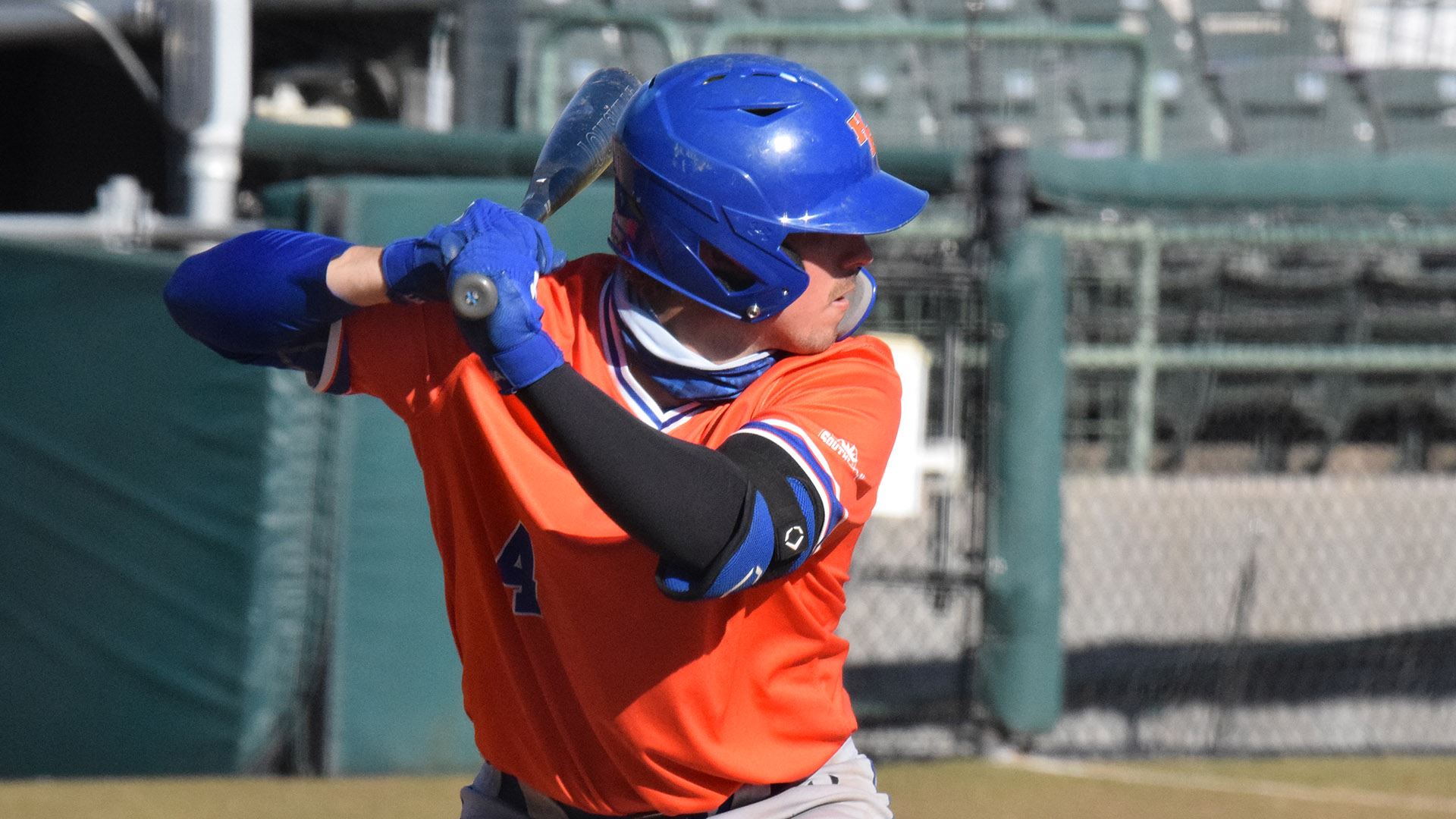 HOUSTON – Northwestern State rallied for four runs in the eighth to take a three-run lead, then HBU rallied for a pair in the ninth before coming up short in a 6-5 setback in the Southland Conference baseball series finale Sunday afternoon at Husky Field.

Sophomore Morris Austin (3-1) took the loss for HBU, allowing four runs, three earned, on three hits with a strikeout and a walk in 1.1. innings of relief. Sophomore starter Daxton Tinker gave up two runs on four hits with two strikeouts and a walk in three innings and junior Andrew Reitmeyer held the Demons scoreless on two hits with two strikeouts and three walks in three innings. Sophomore Javan Smitherman gave up just one hit and struck out two in 1.2 innings.

The Huskies jumped out to an early lead with three runs in the bottom of the second. Sophomore catcher Dawson Woods led off the inning with a single and later scored on Talbot’s RBI infield single. Miller then delivered a two-run single to put HBU ahead, 3-0.

The Demons answered in the top of the fourth as Marshall Skinner and Jeffrey Elkins led off with back-to-back doubles. Skinner scored on a wild pitch and Elkins came home on Jake Haze’s RBI groundout.

NSU took advantage of an HBU error that could have led to a double play to get out of the inning, but Fontenot followed with a two-run single to give the Demons a 4-3 lead. Daunte Stuart and Kunert added RBI base hits to extend the advantage to 6-3.

Wayne led off the ninth with a triple to center and scored on freshman shortstop Sebastian Trinidad’s RBI groundout. Senior Trent Franson and junior Todd Jackson had back-to-back two-out singles, then Miller delivered another RBI single to cut the deficit to one, but senior designated hitter Brandon Bena flied out to right to end the threat.

The Huskies return to action when they take on Texas A&M-Corpus Christi in a four-game series next weekend in Corpus Christi.