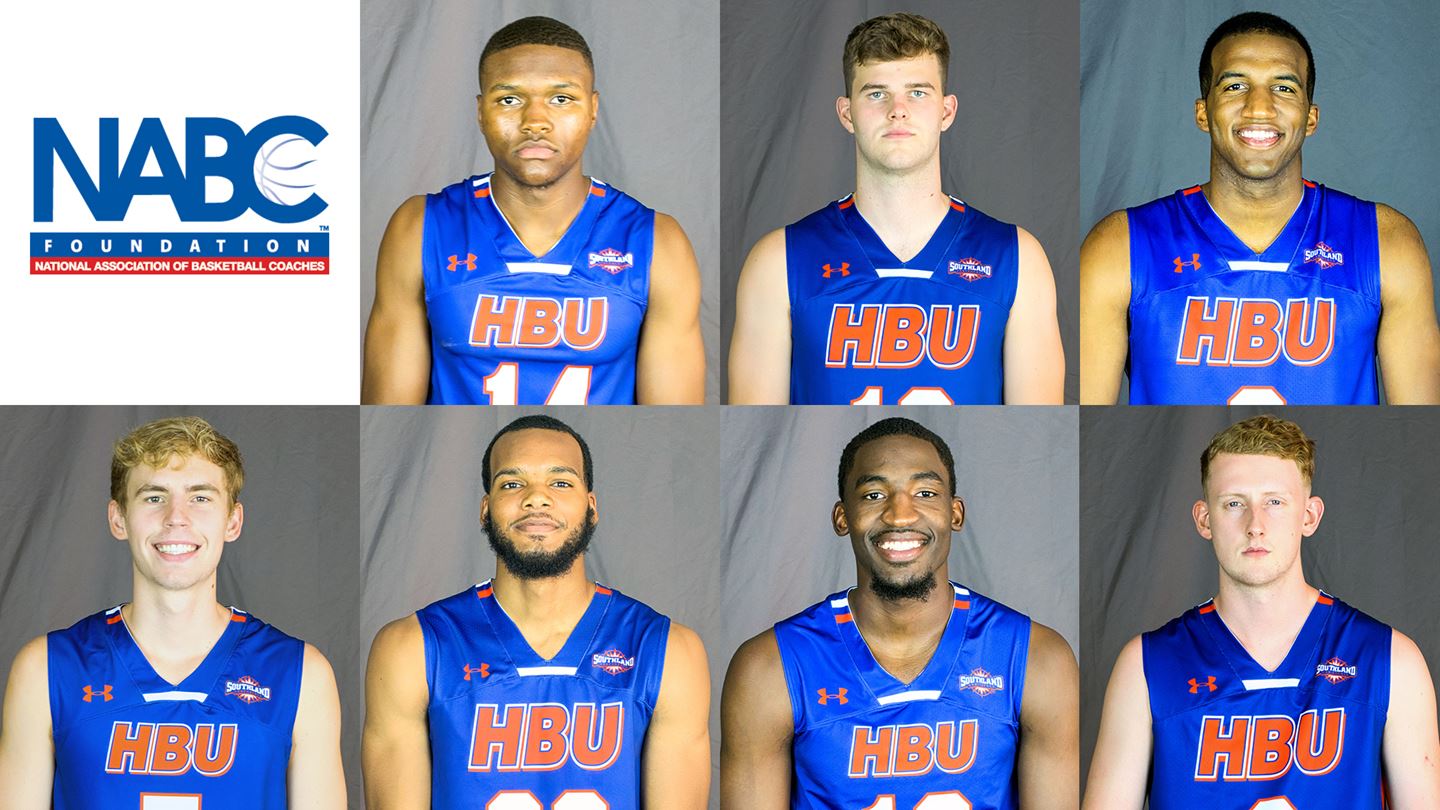 Share
Tweet
Share
Share
Email
Comments
KANSAS CITY, Mo. – The HBU men’s basketball program had seven student-athletes named to the 2019-20 National Association of Basketball Coaches (NABC) Honors Court, tying with one other school for the most selections in Division I, the organization announced Wednesday.

To be named to the Honors Court, a student-athlete must be a junior or senior academically and achieve a 3.2 GPA or higher. The seven selections were the most in program history and was matched only by Utah State in Division I basketball this year.

Charles has a 3.78 GPA as a management major. The Houston native appeared in five games and scored three points at Houston.

Dalton has a 3.6 GPA as a marketing major. The Houston native appeared in 27 games, including 20 starts, and averaged 5.1 points, 3.3 rebounds and 2.4 assists per game.

DuBose recorded a 3.86 GPA as a kinesiology and wellness management major. The Durham, North Carolina, native was the Southland Conference Student-Athlete of the Year. He led the conference in scoring at 19.0 points per game, while also averaging a team-leading 7.3 rebounds and 4.1 assists per game.

Janacek has a 3.91 GPA as an interdisciplinary studies major. The Houston native missed the 2019-20 season with an injury.

Jones posted a 3.2 GPA as an international business major. The Houston native appeared in 12 games.

McKenzie has a 3.66 GPA as a legal studies major. The Nassau, Bahamas, native played in 28 games, including 13 starts, averaging 3.9 points and 3.6 rebounds per game.

Stent recorded a 3.55 GPA while working on his Master’s in Business Administration. The Christchurch, New Zealand, native appeared in 25 games, including six starts, averaging 4.6 points and 2.3 rebounds per game.