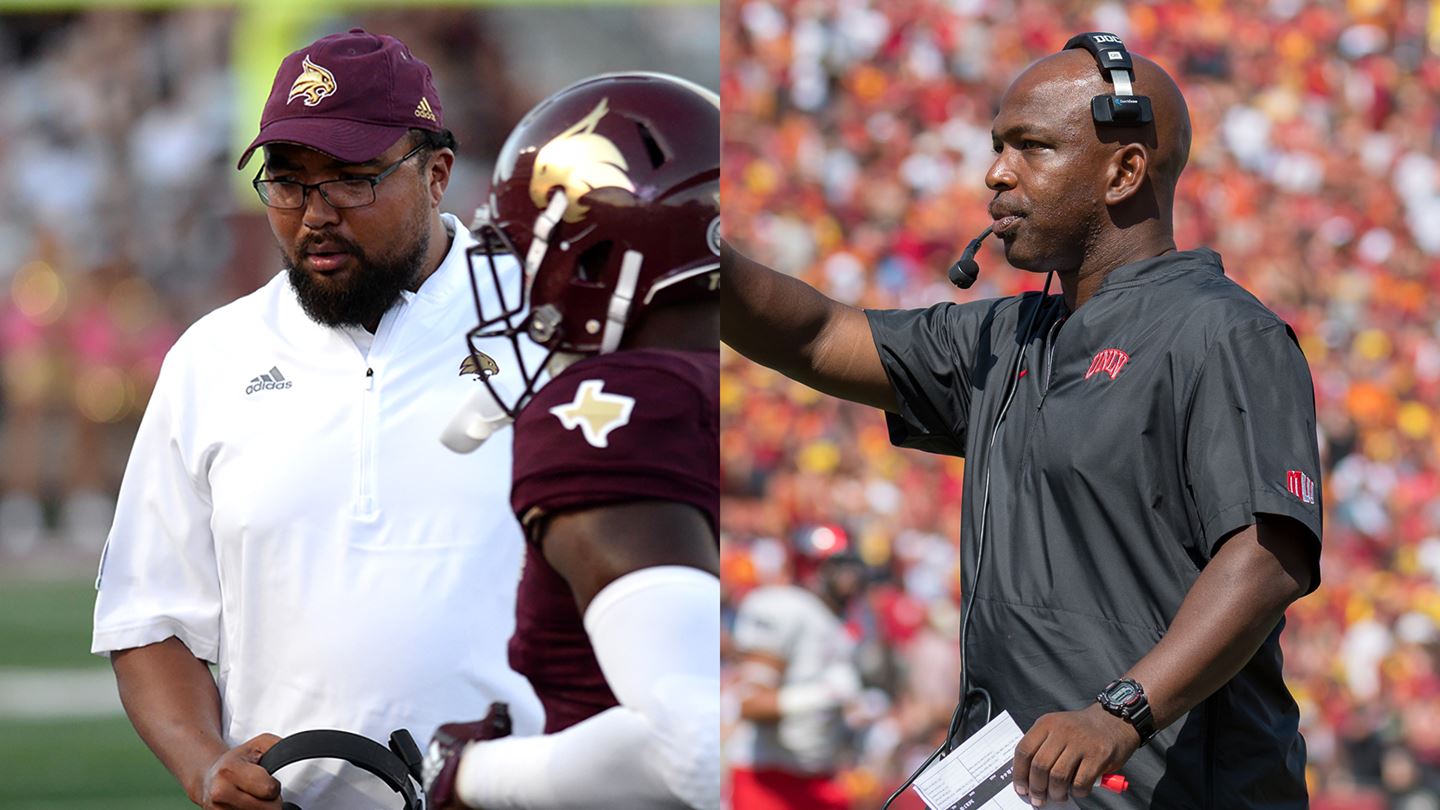 Mooring was the running backs coach at Grand Valley State last year and saw the group rush for 2,382 yards and 19 touchdowns. He was the defensive line coach at Texas State for the 2017 and 2018 seasons, guiding a pair of All-Sun Belt Conference selections and primarily recruiting the northwest Houston area, as well as Baton Rouge, Louisiana, and junior colleges across the country.

Mooring coached the defensive line at Gardner Webb University during the 2013, 2014, 2015, and 2016 seasons, seeing the Bulldogs tied for the conference lead in sacks and two student-athletes earn all-conference honors in his final year. He had three defensive linemen named to the all-conference teams in 2013 and 2015, with one in 2014. During the 2013 season, GWU finished fifth nationally in total defense, 17th in tackles for loss and second in defensive fourth-down conversions. Mooring began his coaching career with the first of five seasons at North Carolina Wesleyan College in 2006, then spent the 2012 season at North Greenville University, before moving on to GWU.

Originally born in Seoul, South Korea, Mooring played at Tarboro High School in Tarboro, North Carolina, before playing four seasons at the University of North Carolina. He graduated with a bachelor of arts in interpersonal and organizational communications from UNC in 2003.

Cormier was previously the wide receivers coach at UNLV from 2010-19, primarily recruiting Houston, San Antonio, and Los Angeles, as well as serving as the pro liaison, recruiting coordinator and camp coordinator. He saw Devonte Boyd earn All-Mountain West Conference honors three times, as well as the 2014 MWC Freshman of the Year award. Devante Davis was a two-time all-conference selection and Phillip Payne was an all-conference receiver in 2010. Cormier saw 100 percent of his wide receiver position group graduate during his tenure.

Cormier was a standout at North Shore High School, before going on to play four years at the University of Colorado. He graduated with a bachelor of arts in ethnic studies from Colorado in 2003.

Stay tuned for more from HBU on NGSC Sports.