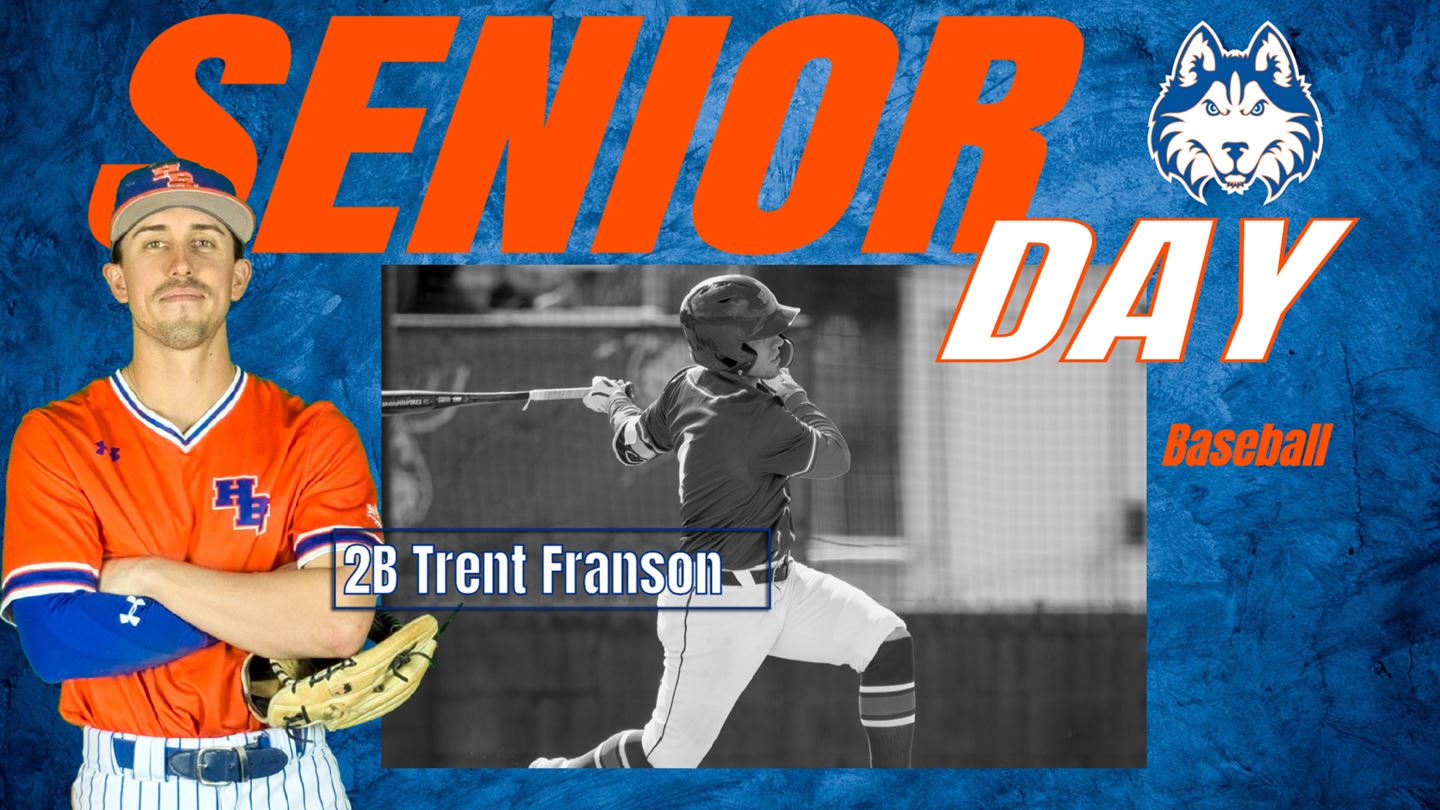 On March 14, the Southland Conference announced all remaining competitions and championships for the 2020 season would be canceled due to the COVID-19 pandemic. Several HBU seniors in men’s and women’s golf, track and field, beach volleyball, softball, and baseball had just begun their final seasons and did not have the opportunity to complete their athletic careers and compete for a conference championship.

HBU Athletics has honored each of those seniors with their own Senior Day here on HBUHuskies.com. Each weekday for the last seven weeks, a different senior has been featured, so please make sure to check the archives and go back to retweet, like and reply to the Twitter post to show them how much you support them and appreciate how much they have meant to the HBU community.

Today marks the final feature in our series.

Senior second baseman Trent Franson was starting to heat up before the 2020 season abruptly ended. Over HBU’s last four games, he had hit .474, going 9-for-19, with five doubles, three RBIs and five runs.

For the season, the Houston native hit .262 with five doubles, seven RBIs and nine runs in 16 games. He helped lead the Huskies to a series victory over defending Southland Conference regular-season champion Sam Houston State, taking two-out-of-three. In Friday’s victory, he went 2-for-5 with a pair of doubles and an RBI, then went 1-for-4 and drove in a run in Saturday’s clinching win. Even though, the Huskies dropped the series finale, Franson went 4-for-5 with two doubles and scored twice. In the final game of the season, an 11-6 victory over Texas A&M-Corpus Christi, he went 2-for-5 with a double, two RBIs and two runs.

“My favorite memory at HBU is definitely the last weekend series before the pandemic terminated our season,” Franson said. “We were coming off a tough sweep against Cal Baptist and about to face Sam Houston State to open Southland Conference play. Coming into the weekend, there was not a lot of confidence amongst the guys, so I was not sure what to expect. We came out with a fire that I had not seen us play with all year. We pitched great, played solid defense, were efficient on the offensive side and built momentum off the energy that our dugout provided. We ended up winning the series and it seemed to be the turning point of our year.”

Last season, his first at HBU since transferring from San Jacinto College, Franson started all 53 games, hitting .280, tying for the team lead with 13 doubles, while adding a triple, 11 RBIs and scoring a team-leading 41 runs. For his career, he started 69 games and hit .276 with 18 doubles, a triple, 18 RBIs and 50 runs.

“When I think of how my experience at HBU has shaped me, I think of the leadership capabilities I have been able to grow,” Franson said. “I also think of the awesome teammates and coaches I have been blessed to be around and those who have helped mature me, not only as a student-athlete, but also in my walk with the Lord. I have loved every minute of my time here, and I am hopeful to be granted one more year of it.

“If I am able to return to competition next year, the one thing I look forward to is being around my teammates and friends and building off the success we had towards the end of the shortened 2020 season. I look forward to the opportunity of earning a Master’s degree and finishing out my athletic career with the guys I came to HBU with.”