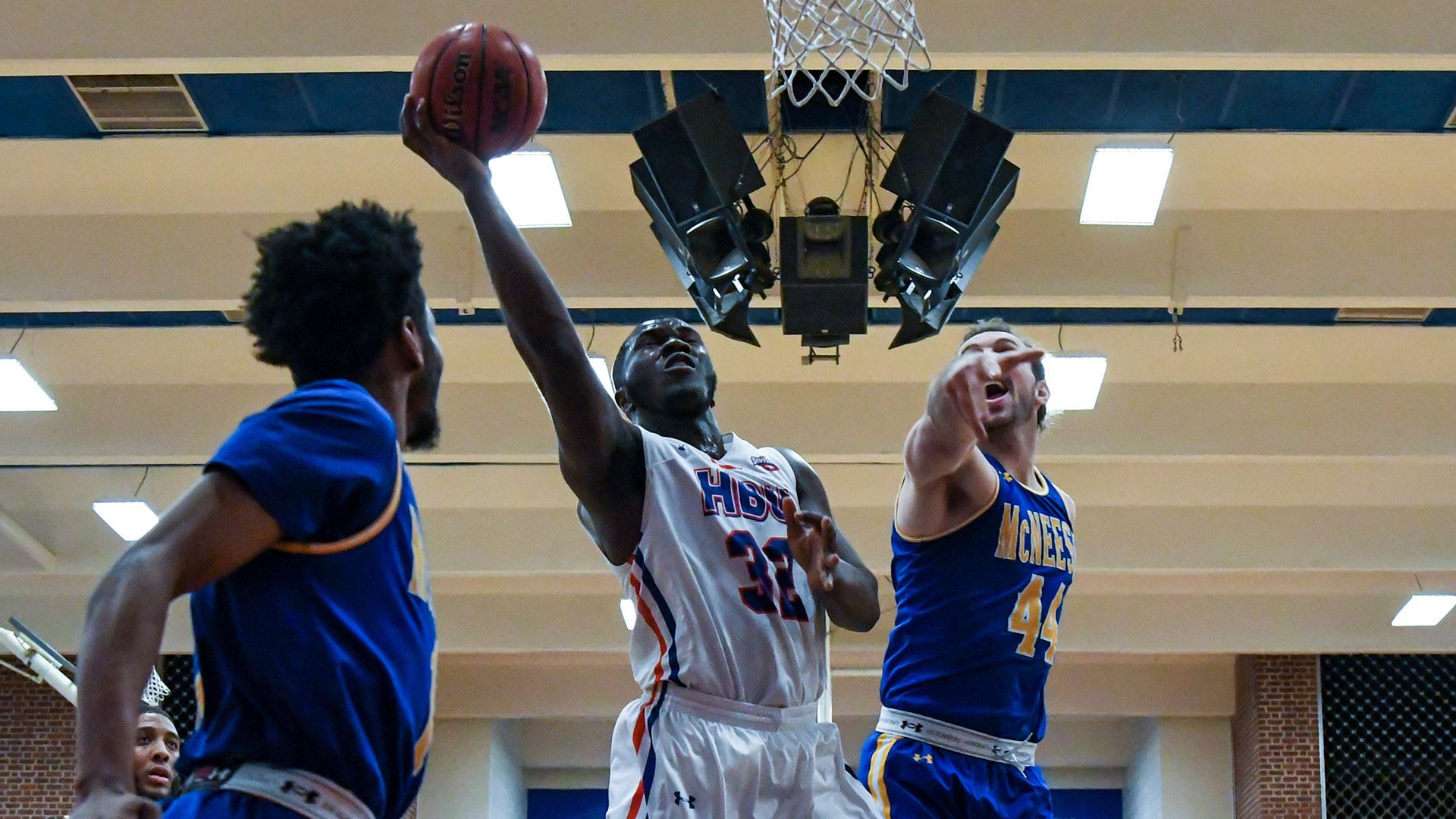 SAN ANTONIO, Texas – HBU took a 10 point lead into the half and maintained a double-digit advantage the entire second half while dominating the boards en route to an 88-76 road win over UIW inside the McDermott Convocation Center on Wednesday evening.

Over the next six-plus minutes, UIW went on a 14-4 run to take its first lead of the game, 23-22, with 6:28 on the clock. The teams then traded buckets and the Cardinals led 25-24 until a Ty Dalton three sparked an 11-point run by the Huskies with Ian DuBose and Zach Iyeyemi each contributing four points, putting HBU ahead 35-25. HBU then took a 38-28 lead into the locker room at the intermission.

HBU came out strong again in the second half, running out to a 16 point lead, 49-33, just over three minutes in after Jalon Gates scored four-consecutive points. The Cardinals came back with the next five points to pull within 11, the closest they would get all half. The Huskies’ lead reached 19 on four different occasions in the second half, the last of which came at the 3:39 mark after a DuBose and-one.

Gates led all players with 24 points on 8-of-18 shooting and was a perfect 6-of-6 from the charity stripe. The senior also had a pair of steals. Sophomore Benjamin Uloko matched his career-high with 20 points while also pulling down six rebounds. He was 10-of-15 from the floor and raised his season shooting percentage to 61.1 percent.

DuBose ended the night with 15 points, seven rebounds and seven assists with Qon Murphy adding seven points and six rebounds. Iyeyemi, meanwhile, set a new career-high with seven points. The Huskies finished the night shooting 52.3 percent (34-of-65) from the floor and were 76.2 percent (16-of-21) from the free-throw line. HBU also held a sizable 43-27 advantage on the boards with 12 of those coming on the offensive end.

HBU will close the 2019-20 season on Saturday, Mar. 7, afternoon in Corpus Christi, Texas with a 3:30 p.m. tip-off inside the American Bank Center against the Texas A&M-Corpus Christi Islanders.