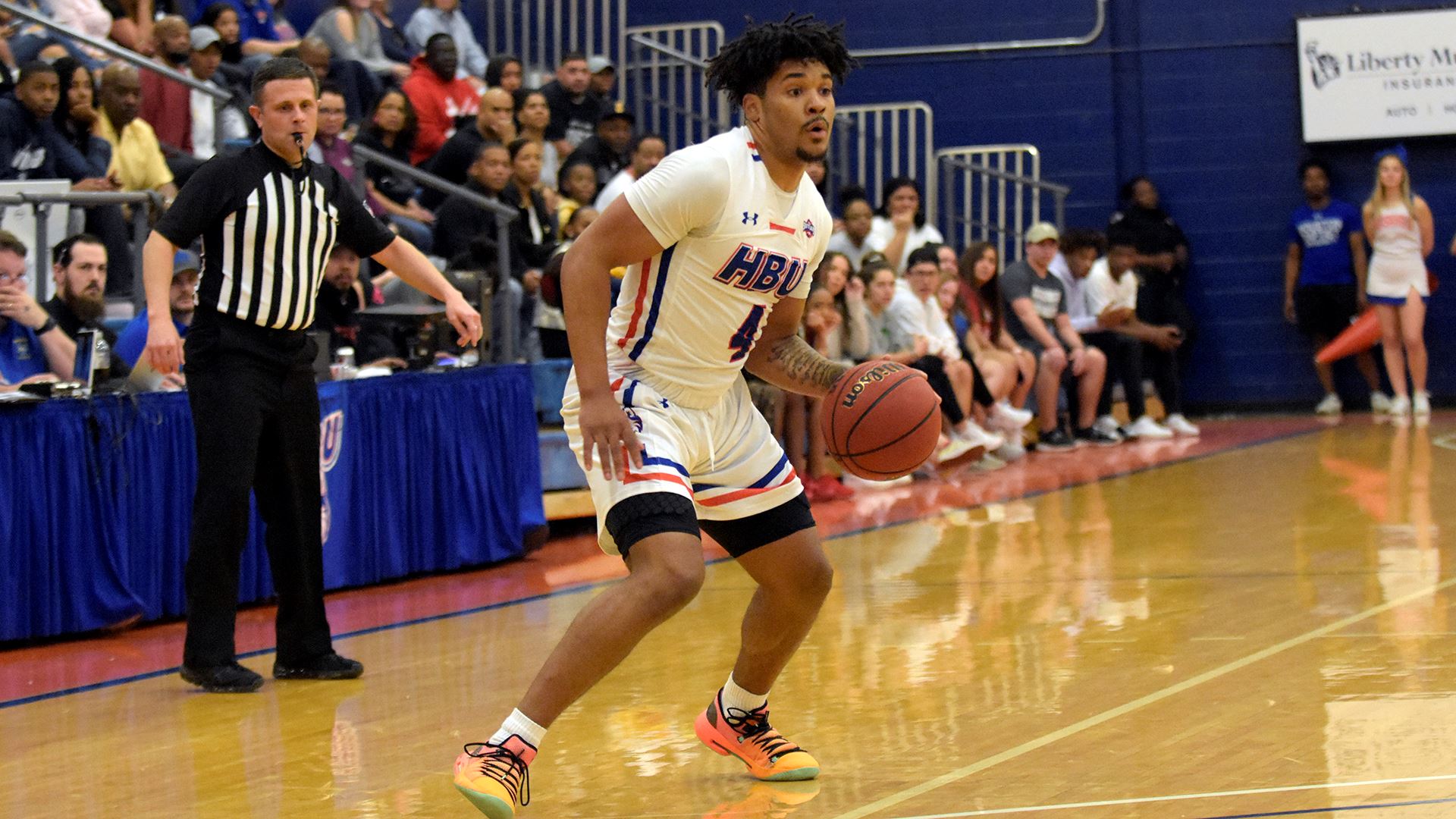 HOUSTON – HBU came out on the wrong end of a 100-80 decision on Saturday evening inside Sharp Gym, dropping a Southland Conference matchup to visiting McNeese.

Senior Jackson Stent finished the night with a career-high five steals while also adding five points and three rebounds. Ian DuBose, meanwhile, posted his ninth double-double of the season with 22 points and 10 rebounds to go along with six assists.

Jalon Gates had 18 points for the Huskies (3-24, 3-15 SLC), knocking down three three-pointers to bring his season total to 82 and move into sixth on the program’s single-season list. Sophomore Benjamin Uloko went 6-of-7 from the floor, all in the second half, for 14 points to go along with five rebounds.

A pair of Sha’Markus Kennedy free throws gave McNeese a 9-6 lead but Gates answered with a three to tie followed by a Kennedy layup and then a DuBose trey, leaving HBU ahead 12-11 less than five minutes into the game. The Cowboys then went on a 9-0 run and led by at least seven the rest of the game and took a 60-38 lead into the half.

The HBU Huskies will wrap up the 2019-20 season with a pair of road games, heading to San Antonio, Texas to face UIW on Wednesday, Mar. 4, and Texas A&M-Corpus Christi in Corpus Christi on Saturday, Mar. 7..