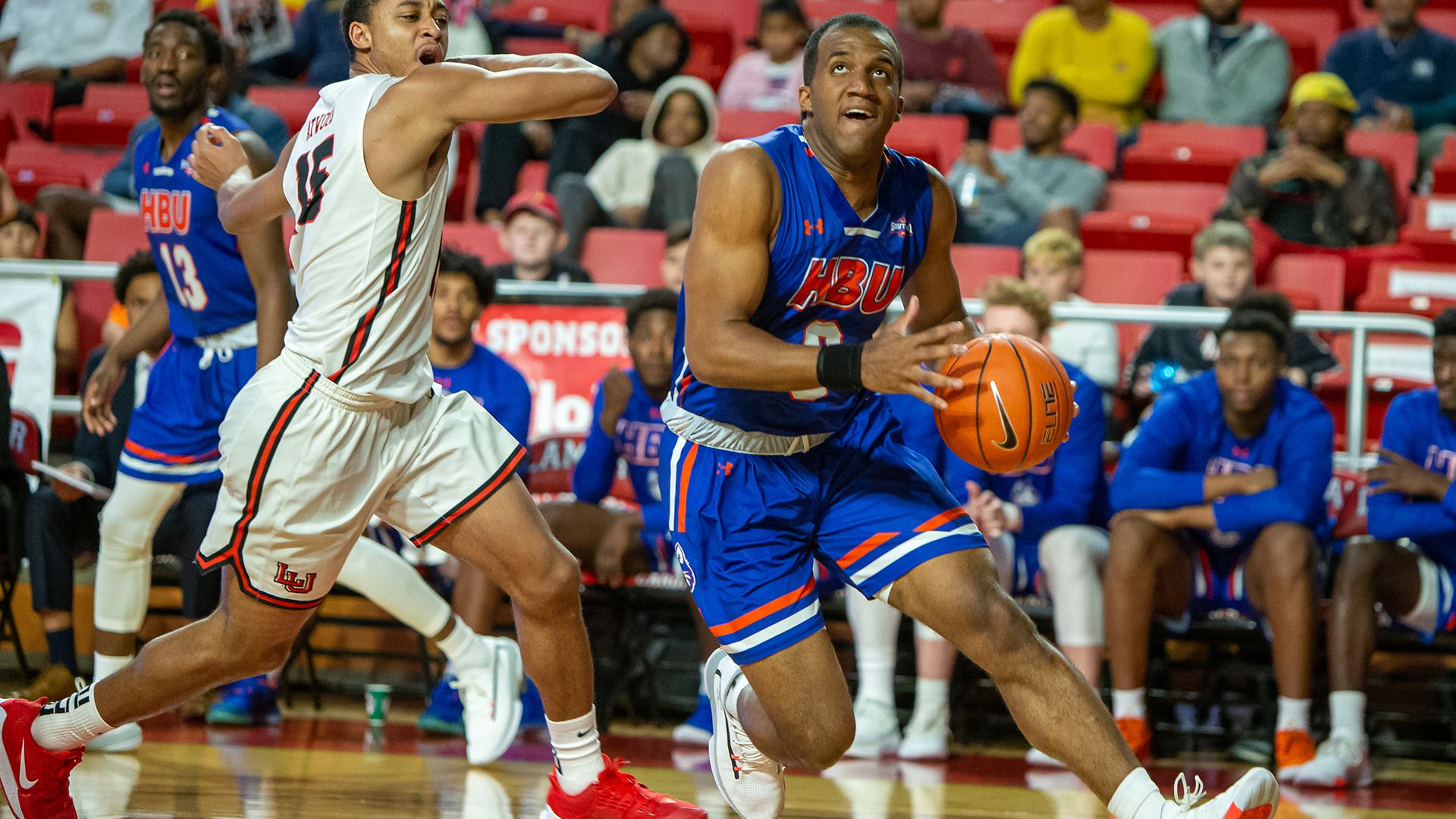 HUNTSVILLE, Texas – After trailing by as many as 14 in the first half the HBU men’s basketball team was down nine with just 1:12 to play and the Huskies cut their deficit to just two but were unable to complete the comeback, falling to Sam Houston State 77-73 on Saturday evening inside Johnson Coliseum.

After the Bearkats (18-10, 11-6 SLC) jumped out to an early 9-2 lead the Huskies (3-22, 3-13 SLC) responded with five-straight points from Philip McKenzie who knocked down a pair of free throws and then made his first three-pointer of the season to bring the score to 9-7. Sam Houston then answered with an 11-0 run and built its lead as high as 14 before HBU could cut that down to six, 34-28, at the half.

The Huskies trailed by as many as 11 in the second period and found themselves down 10, 67-57, with just 5:37 remaining in the game. A Dainan Swoope three at the 1:12 mark put SHSU ahead by nine, 75-66. HBU freshman Noah Thomasson then made a layup and picked up a steal on the inbound for another quick layup to quickly get the Huskies within five at the 50-second mark. RJ Smith then missed the front end of a one-and-one, setting up Ian DuBose to knock down a three and pull within two with 25 seconds left. 15 seconds later, trailing by three, a turnover on an in-bound pass sealed the Huskies fate.

Junior Philip McKenzie posted the first double-double of his career, scoring 11 points and pulling down a career-high 11 rebounds. McKenzie was 3-of-6 from the floor and a perfect 4-of-4 from the charity stripe. DuBose finished with a team-high 20 points, shooting 5-of-13 from the floor, 3-of-7 from deep and 7-of-7 from the free-throw line. DuBose also recorded three steals, four rebounds, and three assists.

Thomasson added 12 points in 31 minutes off the bench, making 6-of-7 from the floor. Qon Murphy finished with nine for the Huskies while Jackson Stent put up eight points.

The Huskies will play their final two home games of the season this coming week, first hosting Nicholls in Sharp Gym on Wednesday, Feb. 26, and then welcoming McNeese for senior night on Saturday, Feb. 29, with both games tipping off at 7:00 p.m.