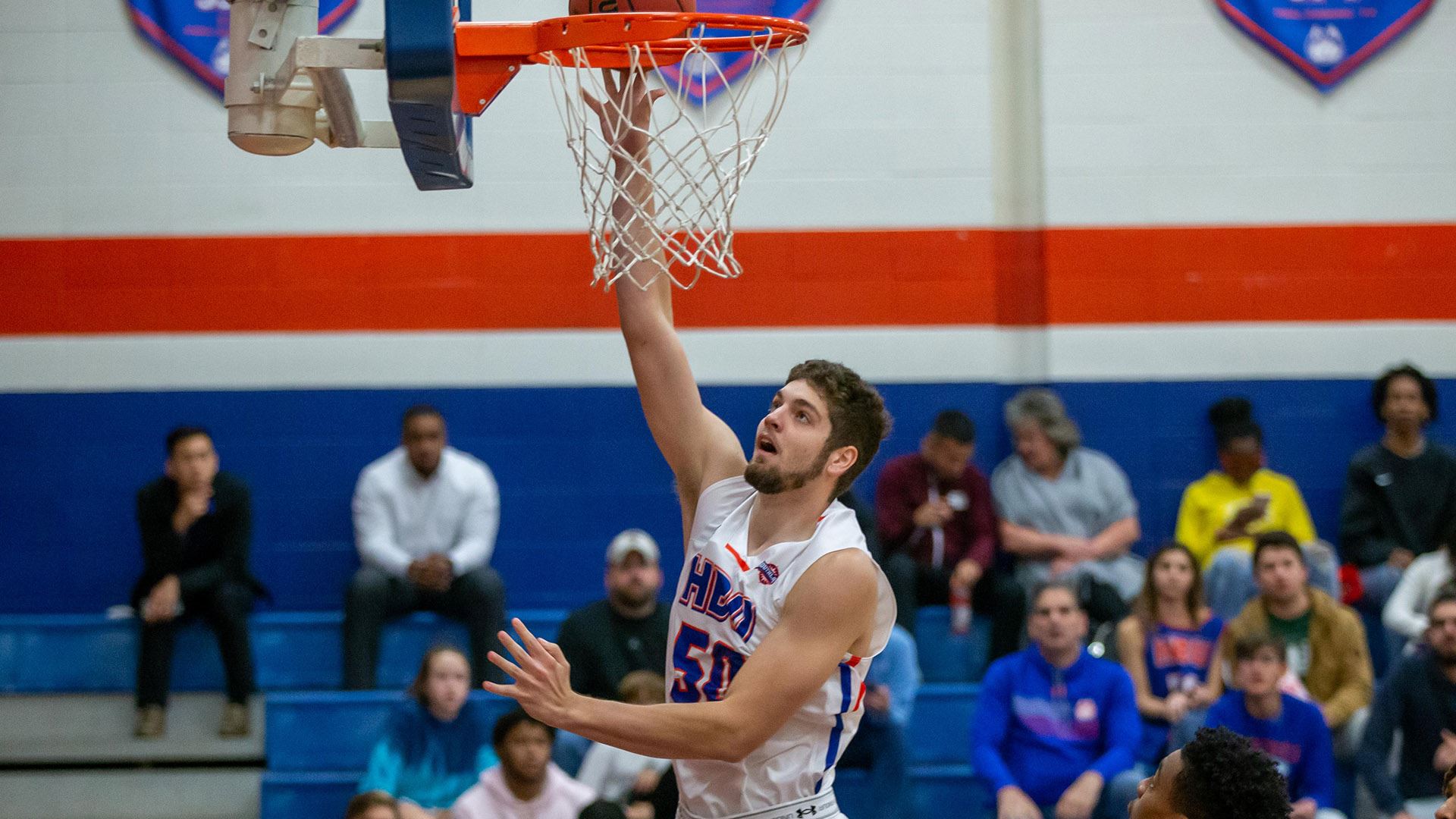 Thibodaux, La. – The HBU men’s basketball team fell behind in the first half and despite a number of attempts at a run in the second half was unable to make up the needed points as the Huskies dropped a 91-83 road matchup against Nicholls inside Stopher Gymnasium on Wednesday evening.

The Huskies fell behind by 11 early in the second half but a Philip McKenzie free throw followed by a Myles Pierre three cut it to seven less than three minutes in. Another Pierre trey and a four-point play from Jalon Gates both brought HBU to within six but the Colonels continued to find ways to answer and keep the lead to at least seven.

After Nicholls took a 69-60 lead, four consecutive made free throws by Ian DuBose and Ryan Gomes made it 69-64 to bring the Huskies to within five. Elvis Harvey Jr. then knocked down a three for the Colonels to make it 72-64.

With the Huskies trailing 79-67 with 2:54 remaining, DuBose knocked down a pair of free throws with Gates coming up with a steal and draining a three on the ensuing possession to quickly cut the score to 79-72 with 2:40 on the clock. Pierre earned a trip to the line for HBU on the next possession, making both to make it a five-point game with 1:53 left.

A foul was called on Ty Dalton on the second free throw attempt with Harvey making both free throws for a seven-point Nicholls lead. The Colonels made free throws down the stretch to hold on to the lead and keep at least a seven-point advantage.

DuBose led all players in both scoring and rebounding while recording his fifth double-double of the season. The junior guard ended the night with 26 points, 12 rebounds, and four assists. The Southland Conference’s leading scorer, DuBose was 12-of-14 from the free-throw line and is now averaging 20.1 points per game.

Gates finished with 15 points and a pair of steals, connecting on 4-of-9 from deep. Pierre scored 13 for the Huskies, knocking down 3-of-4 from beyond the arc. As a group, HBU’s post players combined to shoot 7-of-10 from the floor with Gomes leading that trio with eight points.

The Colonels shot 50 percent (33-of-66) for the game and were led by 20 points from Lorenzo McGhee who made the first seven shots he attempted in the game. Four other Nicholls players scored in double-figures with Warith Alatishe posting a double-double of 16 points and 11 rebounds.

The Huskies will remain in Louisiana for their next game, a Saturday, Jan. 25, afternoon tilt with the McNeese Cowboys in Lake Charles at the H&HP Complex with tip-off slated for 3:30 p.m.