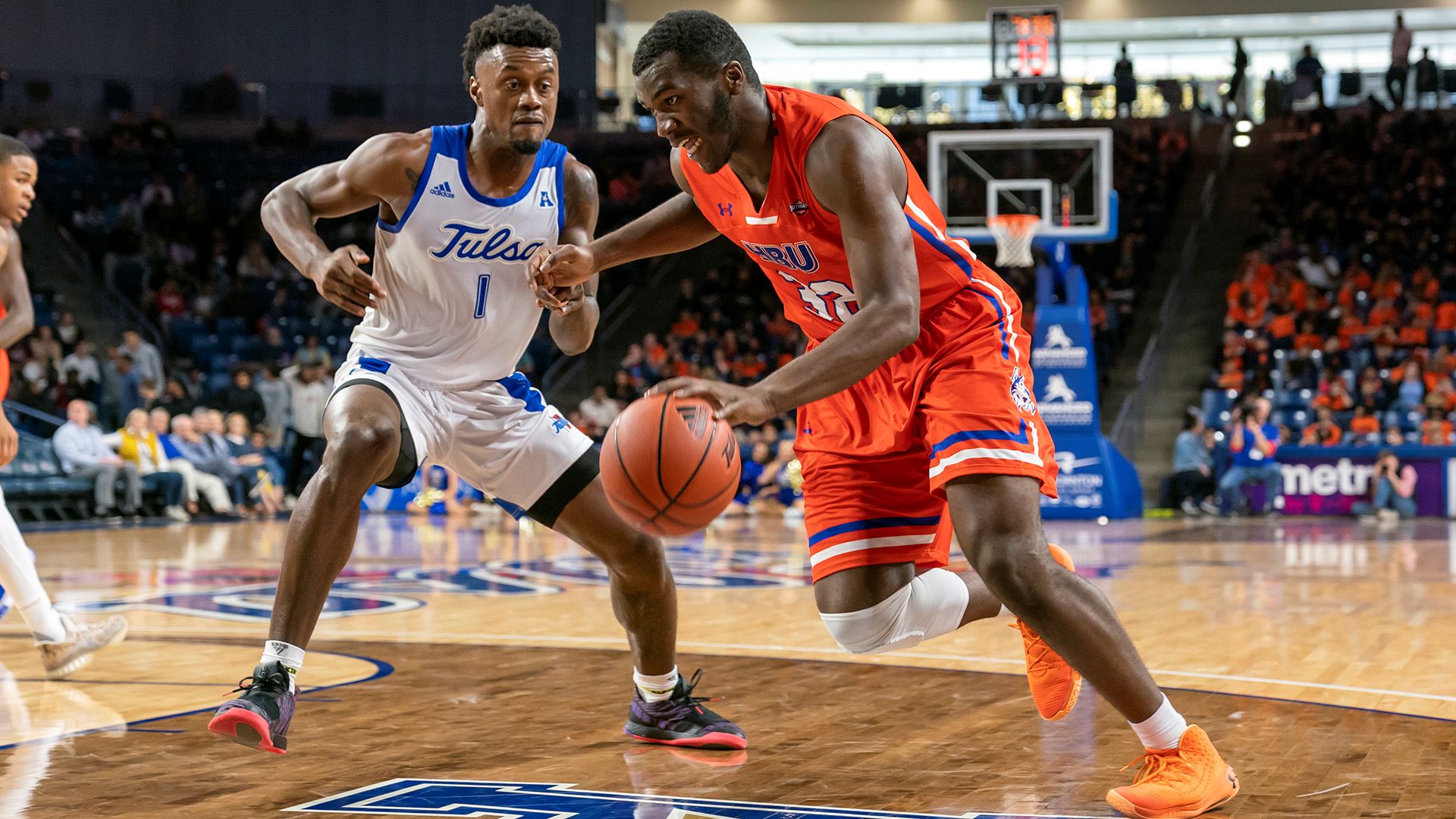 HBU (1-12, 1-3 SLC) scored seven quick points for a 7-2 lead less than a minute and a half in but Lamar (9-8, 3-3 SLC) responded with a seven-point run to go up 9-7. The Huskies regained the lead and after an Avery Sullivan layup pulled Lamar within two but a pair of Uloko free throws and a Jackson Stent three put HBU ahead 20-13.

Stent then knocked down a pair of free throws following a Sullivan jumper to give the Huskies another seven-point lead, 22-15, but the Cardinal then embarked on a 25-7 run to lead 40-29 with just under eight minutes left in the half. Late in the first period, Davion Buster knocked down back-to-back buckets to five LU an 18-point lead but the Huskies fought back to close the gap to 13, 58-45, at the half after a Qon Murphy trey with 22 seconds left.

Lamar pushed its lead back as high as 19 after a Buster three with 13:41 on the clock but the HBU offense found a spark and went on a 10-2 run capped by a Jason Thompson layup to trail 78-67 with 10:38 to go. LU’s T.J. Atwood hit a jumper to go back up by 14 before the Huskies went on another run to bring their deficit back to single-digits with a DuBose basket cutting it to 83-75 with 7:40 left. HBU pulled within eight six times the rest of the way but was unable to get any closer.

Uloko finished the night 7-of-9 from the floor for his career-best 17 points and his eight rebounds were a season-high with five of those coming on the offensive end. DuBose filled up the stat sheet with his 24 points on 9-of-19 shooting paired with five assists, five rebounds, and two steals.

Senior Jalon Gates added 11 points for the Huskies while freshman Jason Thompson made his collegiate debut with nine points and six rebounds in 16 minutes on the floor. The Huskies held a 36-25 advantage on the boards, pulling down 23 in the second half while limiting the Cardinals to just 11.

The Huskies finished the game shooting 50 percent (35-of-70) from the floor while Lamar connected on 60 percent (33-of-55). The Cardinals were also 60 percent (9-of-15) from behind the arc. Sullivan led the Cardinals with a double-double of 18 points and 10 rebounds while Atwood scored a team-best 21 points.