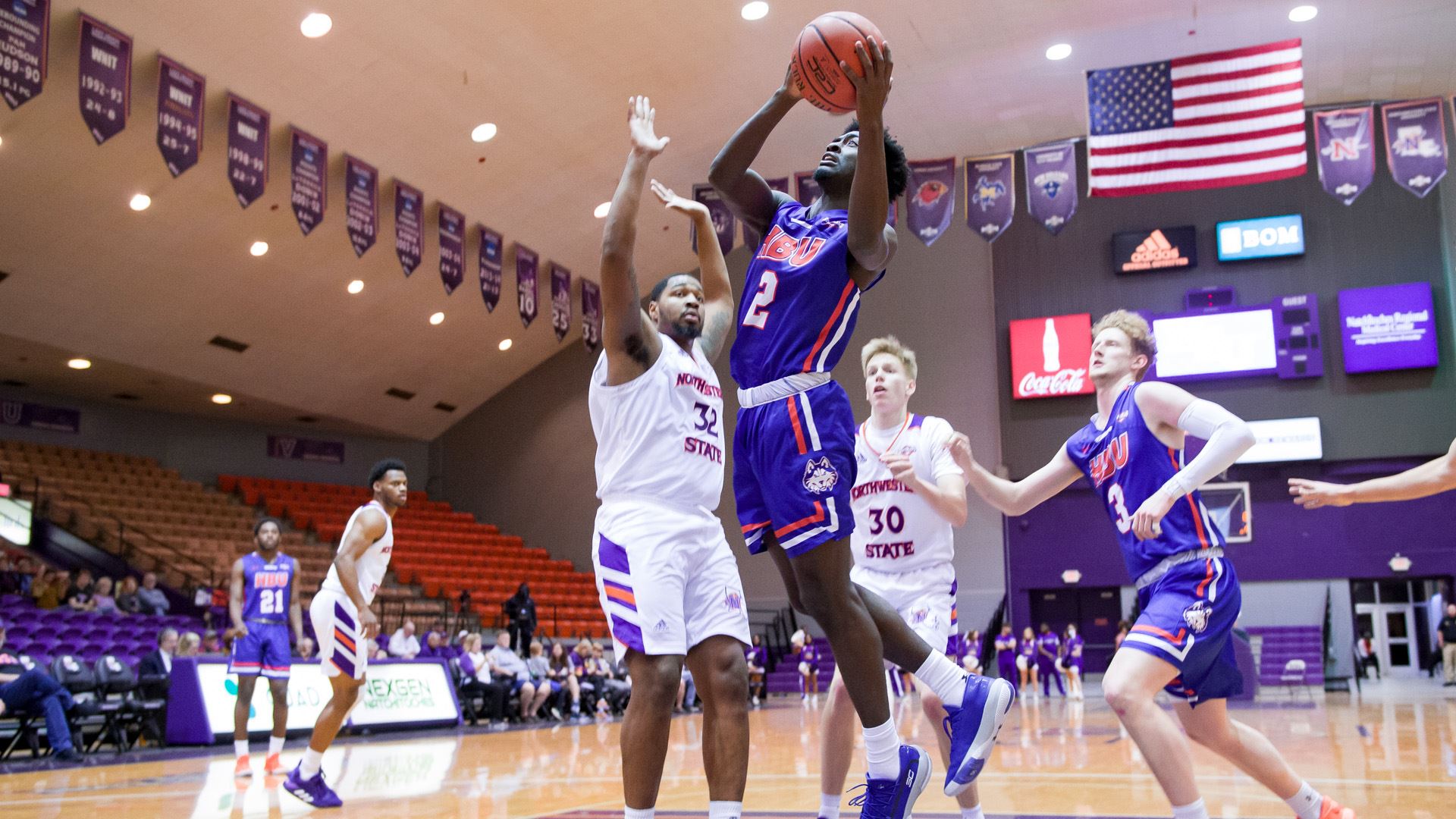 NATCHITOCHES, La. – HBU fell behind early on and never recovered as the Huskies’ men’s basketball team dropped a 106-79 decision inside Prather Coliseum on Sunday afternoon.

Noah Thomasson made one of two free-throw attempts with 5:30 left in the half to bring the score to 36-23 before the Demons scored six-straight points for their biggest lead of the game, 42-23, with 4:17 on the clock. With just under two minutes to go, a double technical was called with the Demons’ Gatdoar Kueth getting ejected along with Chudier Bile who left the NSU bench. Following the break, while officials got everything sorted, the Huskies closed the half with an 8-3 run to trail 49-35 at the intermission.

The Huskies began to chip away to start the second half with a Jalon Gates three pulling HBU to within 12, 54-42 before Larry Owens answered with a jumper. On the ensuing trip down the floor, Ian DuBose knocked down a trey to trim the NSU lead down to 11. The Demons then scored the next five points and 14 was as close as the Huskies got the rest of the way.

Thomasson set a new career-high with 17 points off the bench, connecting on 5-of-6 from the floor, 2-of-3 from beyond the arc, and 5-of-6 from the free-throw line. The freshman guard also matched his career-best with three rebounds and had a pair of assists. DuBose led the Huskies with 20 points, shooting 5-of-10 from the floor and 9-of-12 from the charity stripe.

Philip McKenzie led all players with a season-high nine rebounds and added six points while Gates ended the game with 12 points. HBU shot 43.8 percent (21-of-48) for the game and 46.2 percent (6-of-13) from deep.

NSU was hot from the floor the entire game, connecting on 10-of-20 (50 percent) from deep and 60.3 percent (35-of-58) from the field. The Demons also held a 34-26 advantage on the boards. Five different players scored in double figures, led by Trenton Massner who had 20.

HBU will be at home inside Sharp Gym for the next three games beginning Saturday, Jan. 11, to take on the Lamar Cardinals at 7:00 p.m.