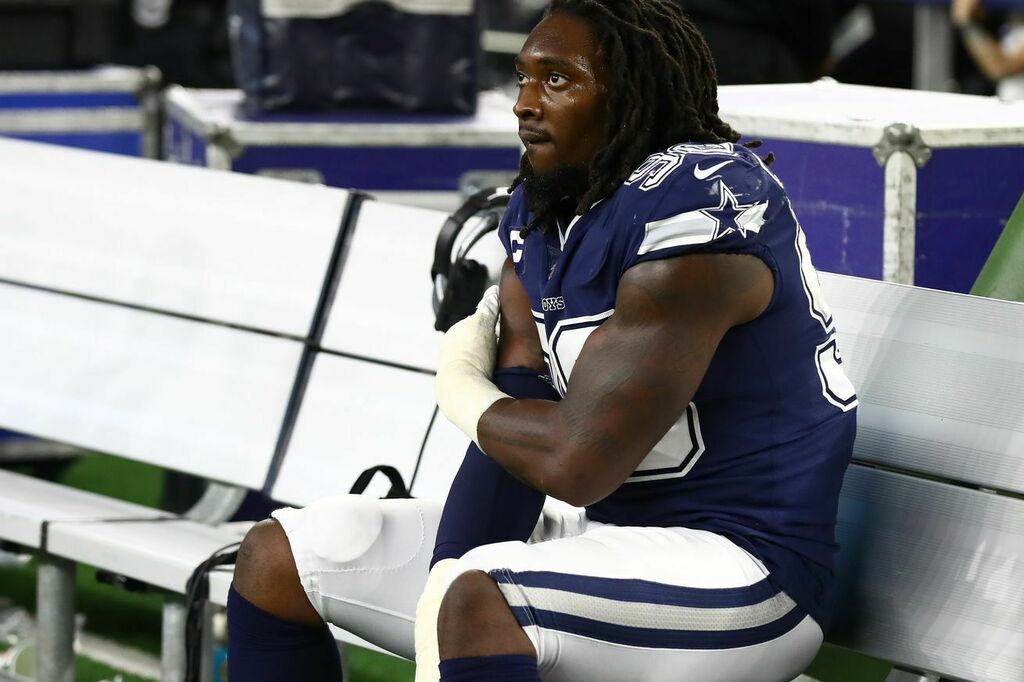 All-Pro Defensive End DeMarcus Lawrence spent the previous two seasons building a reputation as one of the NFL’s best pass-rushers. His 25 sacks over that span put him in elite company and earned him back to back Pro Bowl selections and a second-team All-Pro nod in 2017. This led to Lawrence signing a five-year 105 million dollar contract with 65 million in guarantees back in April. That kind of payday comes with extremely high expectations and Lawrence has struggled to live up to them this season.

The first four games of the season were successful for the Cowboys as a whole with a 3-1 start. However, their new 100 million dollar man started slow out of the gate. Lawrence registered just six tackles during the first month which included him being virtually blanked from the entire stat sheet in Week 2 vs the Washington Redskins. One positive was that his 2.5 sacks had him on pace for his third consecutive double-digit total in that category.

The second quarter of the season started out slow for Lawrence as well as he managed just three total tackles in back to back losses to the Green Bay Packers and New York Jets. He would finish strong with four tackles and a sack in each of the Cowboy’s blow out victories against the New York Giants and Philadelphia Eagles.

The third quarter of the season was the best stretch for Lawrence. Although the team struggled, Lawrence would rack up 22 tackles. He had at least five tackles in three of the four games and also tallied five tackles for loss which is half of his total in that particular category for the season.

The last three weeks, however, haven’t been anything to brag about for Lawrence. After a two tackle performance in a loss to the Chicago Bears, Lawrence proclaimed that it was time to elevate his game as the Cowboys entered the push for the playoffs. Prompting him to say this before a crucial matchup with the Los Angeles Rams.

“I’m testifying,” Lawrence said. “I’ll take ownership of those last couple of games. I haven’t been playing like myself. I haven’t been taking the leadership role I should be taking. It’s time for me to step up.”

This all sounded good coming from Lawrence but unfortunately, his performance didn’t match his words as he would only register a single tackle vs the Rams. He only has six tackles and hasn’t recorded a sack in the last three weeks.

After a devastating 17-9 loss vs the Eagles last Sunday, Lawrence had this to say when he was asked why the Cowboys couldn’t get a win in the biggest game of the season.

“Talent without a direction is nothing at all”, Lawrence said, per USA Today.

The very next day he would make an attempt to clarify his statement.

“I don’t feel like the direction is lost, I feel like sometimes the focus is lost,” Lawrence said. “If you’re not on your toes, and you’re not making sure you’re 100 percent correct, some plays going to be critical at different times in the game. Even though you don’t play outstanding, the stats can be very deceiving. It can be two, three crucial plays that really hurt you.

Even in his attempt to explain himself, Lawrence’s comments still look like a direct shot at Head Coach Jason Garrett and his staff. The problem with that is you can’t make statements like that when your play hasn’t been up to par. Currently,  Lawrence has 45 tackles, 16 quarterback hits, 10 tackles for loss, and five sacks on the season. This means he will have his lowest totals since 2016 in all four of these categories when he only appeared in nine games due to a back injury and a four-game suspension.

DeMarcus Lawrence got his big payday and rightfully so, he earned it. However, you have to update your resume each season and 2019 has been a disappointment according to the standard Lawrence set for himself. One thing is for certain, 2020 can’t be a continuation of what we’ve seen this season from number 90.