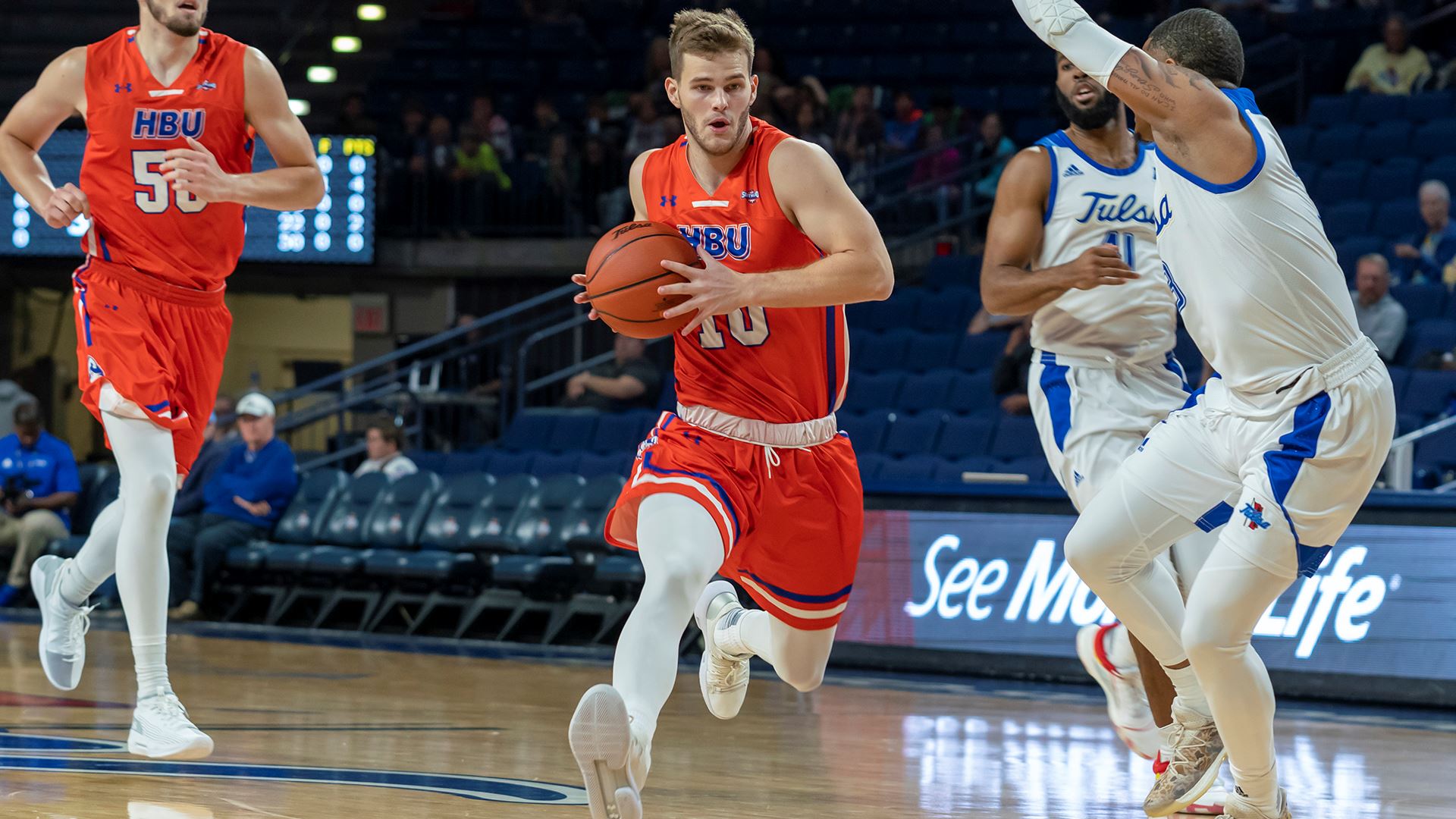 Noah Thomasson scores a career-high 10 points off the bench

SFA got out to a 7-2 lead but a Gates three pulled the Huskies within two. The Lumberjacks scored the next four to lead by six but DuBose scored the next four points with a pair of free throws and a jumper to make it 11-9 just over five minutes into the game. HBU again went down by five but a Ryan Gomes layup brought the score to 17-14. SFA then went on a 23-6 run over an eight-minute span before taking a 48-26 lead into halftime. The Huskies were then out-scored 48-42 in the second half.

The Huskies will play their final non-conference game of the season on Sunday, Dec. 22, afternoon when they visit Dreamstyle Arena – The Pit in Albuquerque, N.M. to take on the New Mexico Lobos at 1:30 p.m. CST.