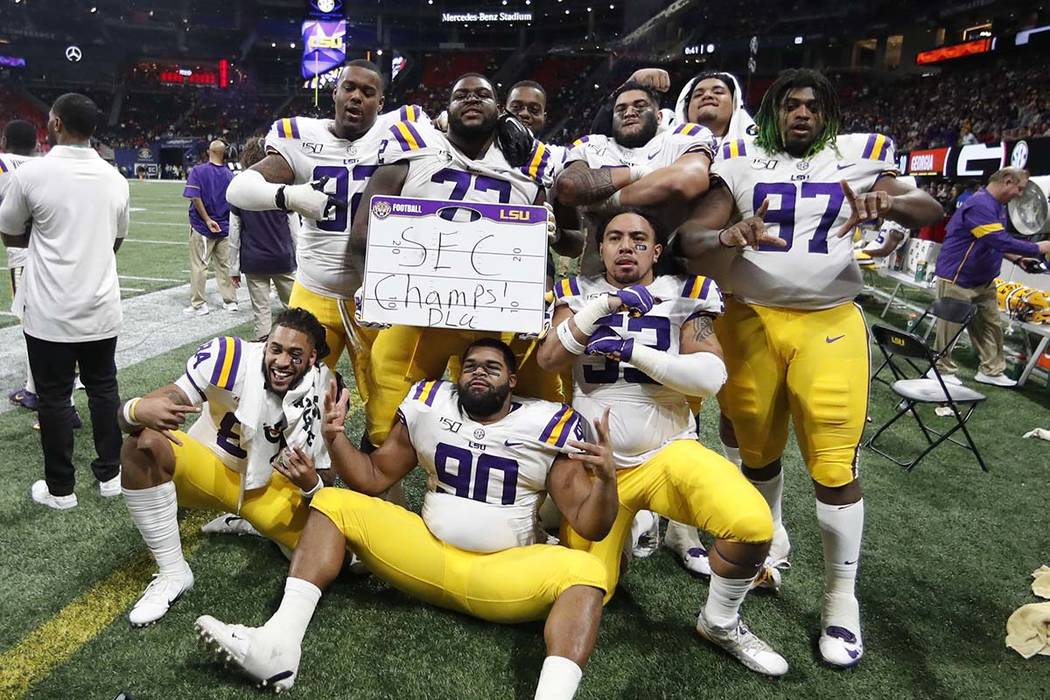 The climax of the college football playoff, or CFP, is finally upon us. How will all four teams matchup this year? Who will come out on top?

It is that time of year again folks. The college football playoff is here and ready to kick off some madness. For the first time since the initial inception of the CFP format, a Big 12 team snuck in.

Unfortunately, they seem to have the toughest road to the national championship. Any team that has to go through LSU would have it tough. Meanwhile, on the other side of the bracket, there is Clemson vs. Ohio State. That will be some matchup. Here are a few details about the games:

#1 LSU vs. #4 Oklahoma on Saturday, December 28th at Mercedes-Benz Stadium in Atlanta, Georgia. The game is slated to kick-off at four in the afternoon.

#2 Ohio State vs. #3 Clemson on Saturday, December 28th at State Farm Stadium in Glendale, Arizona. Kickoff is slated for eight in the evening.

While the games are still a couple of weeks away, the build-up to these games is already present. However, what should fans expect from both matchups? Let’s dive a little deeper and find out.

The number one team in the country is by far LSU at the moment. Well, Ohio State says otherwise, but that is beside the point. However, the Tigers feature a Heisman finalist in QB Joe Burrow, a feisty head coach in Ed Orgeron, and five victories over quality ranked opponents.

How did LSU get here? They went a perfect 13-0, defeating the likes of Florida, Georgia, Alabama, and Auburn, and ran a potent offense along the way.  While they played two great defensive games against the Texas A&M Aggies and Georgia Bulldogs, those wins don’t tell the whole story. In fact, their defense was suspect against quality opponents at times. A stellar running game lead by Clyde Edwards-Helaire also helps.

Despite those deficiencies, the Tigers are one hell of a team. Oklahoma has their hands full with this team.

How did Oklahoma get here? A 12-1 record and a big win against the Baylor Bears in the Big 12 championship game. However, they are the only team among the four that have a loss on their record. Unfortunately, it was against an unranked team. The Kansas State Wildcats can pat themselves on the back for that blemish on the Sooners record.

Despite that loss, here they are. Finally breaking through among the big boys. Their task is far from easy. Luckily for them, they have some serious veteran leadership in the form of QB Jalen Hurts. In fact, this is his fourth appearance in the CFP and he is pretty familiar with this Tigers team. In his career, Hurts is a perfect 3-0 against LSU from his time at Alabama.

The big matchup to watch here is a receiver vs cornerback. CeeDee Lamb will have to beat Derek Stingley Jr. in what should be a fun defense vs. offense matchup. Also, keep in mind, that Stingley Jr. is only a freshman.

At the end, when the dust settles, this should be a fun matchup and a close but entertaining game. My prediction is that LSU will take this game 50-42.

Fun fact here is the last time these two faced off in CFP matchup was in Arizona back in 2016. That game ended with a 31-0 Clemson victory. Now it will be Trevor Lawrence vs Justin Fields. The best Clemson offensive line in five years vs. Ohio State DE Chase Young. Or how about the Buckeyes Corner Jeff Okudah vs. Clemson receiver Tee Higgins.

The fun thing about this game is that the Ohio State Buckeyes are actually going into this game as underdogs. Who can blame the committee for thinking that way? After all, they are playing the defending champion Clemson Tigers. While they didn’t have an impressive resume and strength of schedule, the Tigers are battle-tested and have been here before. Don’t sleep on them.

I would also caution anyone thinking the Buckeyes might fold under this pressure. Despite having to come back from behind against the Wisconsin Badgers, this team showed they have heart and never give up on a game.

With all of that said, I am taking Clemson to return to the National Championship after a 30-24 victory. I have too much faith in Lawrence and Dabo Sweeney. You heard it here. At the end of it all, it will be Clemson vs. LSU for the college football crown.

While the season has come to a near conclusion, there is still plenty to be excited about. Despite what people say, this has been quite a season for the CFP. Overall, I expect a big ending to this season. Unfortunately, two teams must be knocked out, but only one team can truly be crowned the best.

For more on the CFP, stay tuned to NGSC Sports. Where we never stop.