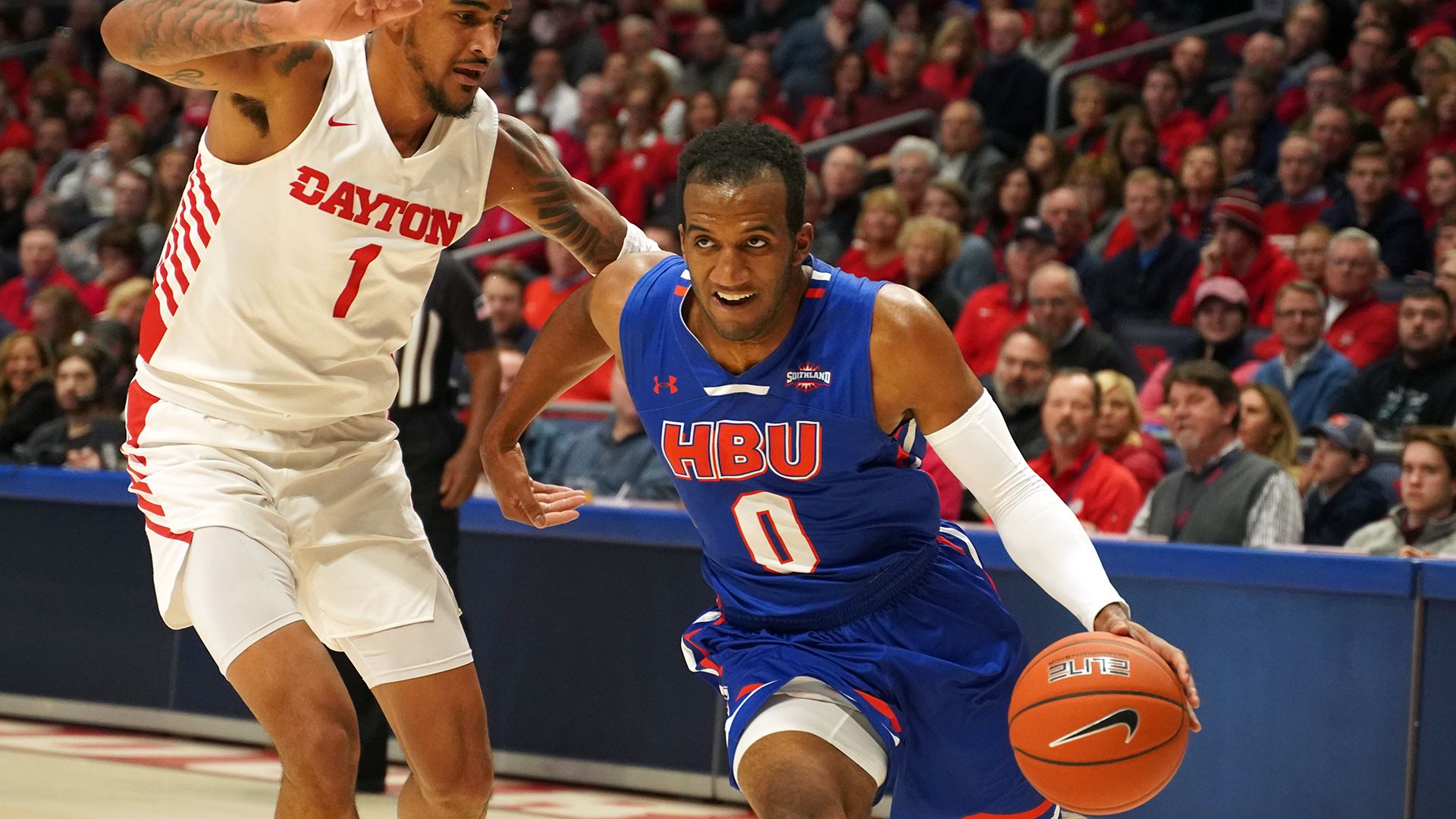 DAYTON, Ohio – The HBU men’s basketball team led for nearly 10 minutes of the first half but No. 17 Dayton’s efficient offense was too much for the Huskies to overcome as HBU fell to the Flyers, 99-68, on Tuesday evening inside UD Arena.

Stent and DuBose again scored consecutive baskets for HBU with DuBose’s coming from behind the arc go back up by five only to have the Flyers answer with the next 10 points to flip the script and lead by five. Dayton led by as many as nine but a late steal and dunk by Philip McKenzie sent HBU into the locker trailing 49-42 at the half.

Dayton opened the second half with a dunk from Obi Toppin but DuBose came back quickly with a layup and a transition three pull the Huskies within four. HBU was unable to get any closer as the Flyers then steadily extended their lead as the half wore on thanks to an efficient 62.9 percent (22-of-35) shooting in the second period.

DuBose led the Huskies with 18 points on 5-of-13 shooting and was a perfect 6-of-6 from the charity stripe. He also added three rebounds, two assists and a pair of steals. The junior is now just eight points away from 1,000 for his career.

Gates ended the night with 16 points, knocking down 4-of-8 from deep and 6-of-10 from the floor. Ty Dalton led the Huskies with nine rebounds, one shy of his career-high, while also dishing out three assists. Qon Murphy added nine points while Ryan Gomes finished with six.

Dayton shot 59.4 percent for the game while HBU finished at 38.6 percent. The Flyers held a 38-32 advantage on the boards and controlled the paint, scoring 65 percent of their points inside. Toppin finished the game with a double-double of 17 points and 10 rebounds while Chase Johnson, Jalen Crutcher and Trey Landers all scored in double-figures.

After six-straight away from home, the Huskies will be in Sharp Gym for the first time this season on Saturday, Dec. 7, when they host the Samford Bulldogs at 7:00 p.m.