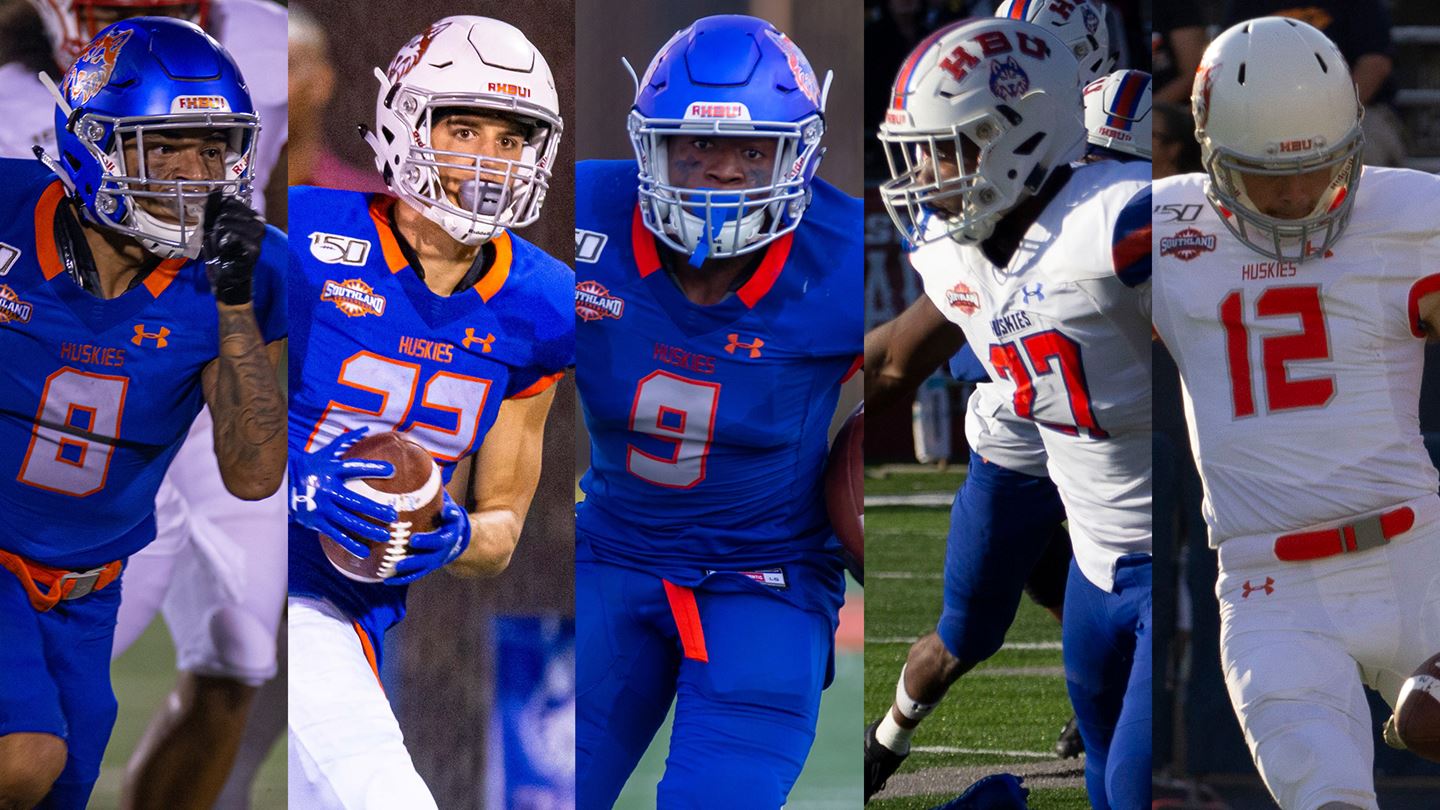 FRISCO, Texas – HBU had five selections to the All-Southland Conference Football Teams, as selected by the head coaches and announced by the league office Tuesday.

Senior defensive end Andre Walker was a first-team selection, leading the Football Championship Subdivision (FCS) with 15.0 sacks, tied for the fourth-most in Southland history, and also tied for the league lead with 19.5 tackles for loss. The Slidell, Louisiana, native posted 55 tackles, two forced fumbles and three pass breakups. He registered four sacks, one shy of the Southland record, in a 53-52 victory at South Dakota, earning SLC Defensive Player of the Week honors. Walker made a season-high eight tackles against McNeese and seven against UIW.

Junior punter Blake Patterson earned second-team honors, ranking second in the conference with a 42.1-yard punting average, landing 23 inside the 20 and tying for the third-longest of the season with a 65-yard kick. The Round Rock, Texas, native also handed kickoff duties, recording 52 touchbacks. Patterson averaged 45.50 yards on six punts, including a 60-yard effort against McNeese.

Junior wide receiver Ben Ratzlaff made the third team, leading the Southland with 1,139 receiving yards, tied for the league lead with 12 receiving touchdowns and ranking third with 87 receptions. The San Diego, California, native recorded five 100-yard receiving performances and had double-digit catches twice and eight or more five times. He broke his own school record with 178 receiving yards on 13 catches with a pair of touchdowns at Sam Houston State. Ratzlaff made 12 catches for 155 yards and three touchdowns and threw the game-winning two-point conversion in a 53-52 victory at South Dakota. He had two touchdowns against both Northwestern State and Texas Southern.

Sophomore wide receiver Jerreth Sterns was also a third-team pick, leading the nation with 105 receptions, the second-most in Southland history. The Waxahachie, Texas, native ranks sixth with 833 receiving yards and tied for fifth with nine receiving touchdowns. He also scored a rushing touchdown and threw a touchdown pass. Sterns tied the Southland record with 18 receptions against UIW. He had three 100-yard receiving performances, including a season-high 136 against UIW. He made nine or more receptions seven times, including double-digit receptions four times.

The Huskies recorded a program-record five wins this season. HBU is scheduled to open the 2020 season at North Texas on Sept. 5 in Denton, Texas.