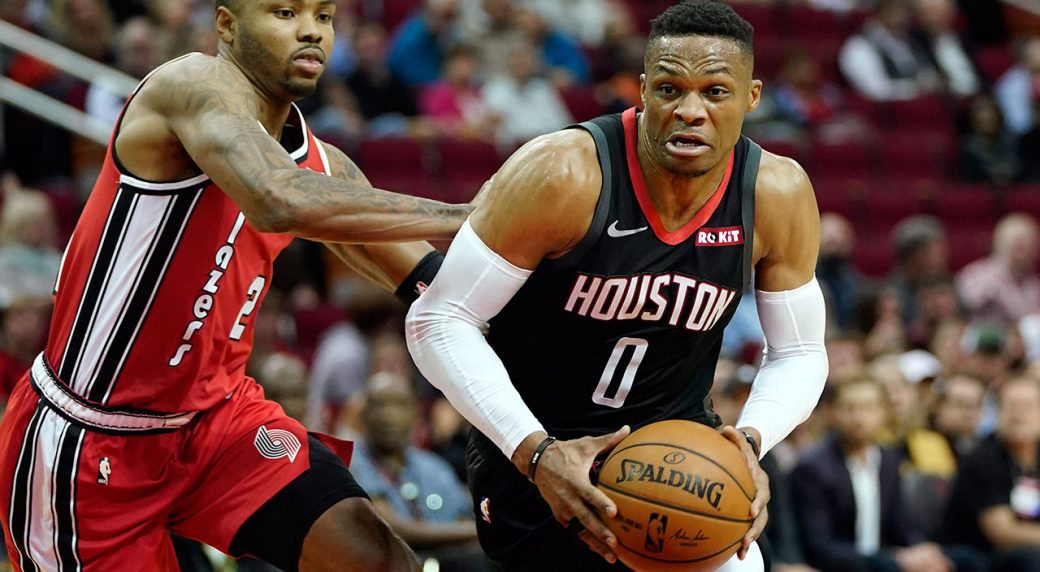 Rockets fever is alive and well in H-town. After an 11-5 start, the Rockets are off to a great start so far. How has the team adapted to the new season?

The Rockets are off to a great start after an initial concern with the defense. The integration of Russell Westbrook has been seamless, Clint Capela is playing his heart out, and James Harden is becoming more unstoppable with each game. Here are there numbers thus far:

Among the improvements is the pace that the Houston offense operates under. In fact, the Rockets rank second in terms of offensive pace and fourth in offensive efficiency. The defense has also improved to rank 15th in the league. Still, there’s some work to do, but the Rockets have been playing much better on that side of the ball as of late.

Something that is a great sight to see is the relationship between Harden and Westbrook translating to wins on the court. Both guys really seem to enjoy playing with each other, and Russ has gotten a good feel for his new teammates.

Equally as impressive, the fact that the Rockets have dealt with injuries to start the season. Here is that list:

Eric Gordon: Knee surgery, out for at least four to six weeks

Daniel House Jr.: Missed a few games with a back injury

Among others who are injured or out for the season, Gerald Green was a big loss prior to the start of the season. Despite all of those injuries, Harden has averaged 40 points in the last eight victories for the Rockets. As a matter of fact, Harden may realistically be able to average 40 a game if he plays like this the rest of the season. That is also not taking into account the fact that Harden’s efficiency has not been up to par so expect to see that improve.

The rampage that Harden has been on also sees him continue to get foul calls and go to the line for a lot of his points also. As of right now, he at least gets to the line about 15 times a game. That is no easy task.

Unfortunately, it hasn’t been a perfect start despite the record. For example, Russ’s shooting is still a tad bit suspect. Despite the chemistry between Russ and Harden, his shooting percentage leave something to be desired still.

While the glaring hole here is his three-point shot, the biggest thing for Westbrook to get going is his patented mid-range shot. Over the last three years, Westbrook’s shot has been labeled broken. However, if he can find some form in that shot, then the Rockets offense becomes literally unstoppable.

The other chief area of concern, besides the defense despite it’s improvement, is the freshness of the players going into the postseason. While Harden prides himself on being available for every game, his stamina has always come into question come playoff time. It is often speculated as the biggest reason for the Rockets shortcomings in the playoffs.

One more area the Rockets will improve once EG returns is bench scoring. Houston ranks dead last, 30th, in the league in bench scoring. The goal is for the injuries to subside and all players to return and get comfy with their roles to assist the stars. If this team can get the bench going, then the rest of the league will really need to pay attention to the Rockets.

Once healthy, this team will be a force to be reckoned with. As Russell Westbrook once said in an offseason introduction conference, “It’s gonna be scary.” Indeed, he may have a point. Regardless, the season is very young still.

Unlike last season’s slow start, this year’s Rockets look like they mean business. The West is finally wide open once again. It is now or never for James Harden and company.

Whatever the case may be, this season is off to a fun start. Hopefully, this squad continues to improve and carry over the mojo into the postseason.

For more Rockets and NBA news, stay tuned to NGSC Sports, where we never stop.

Until next time, Red Nation.