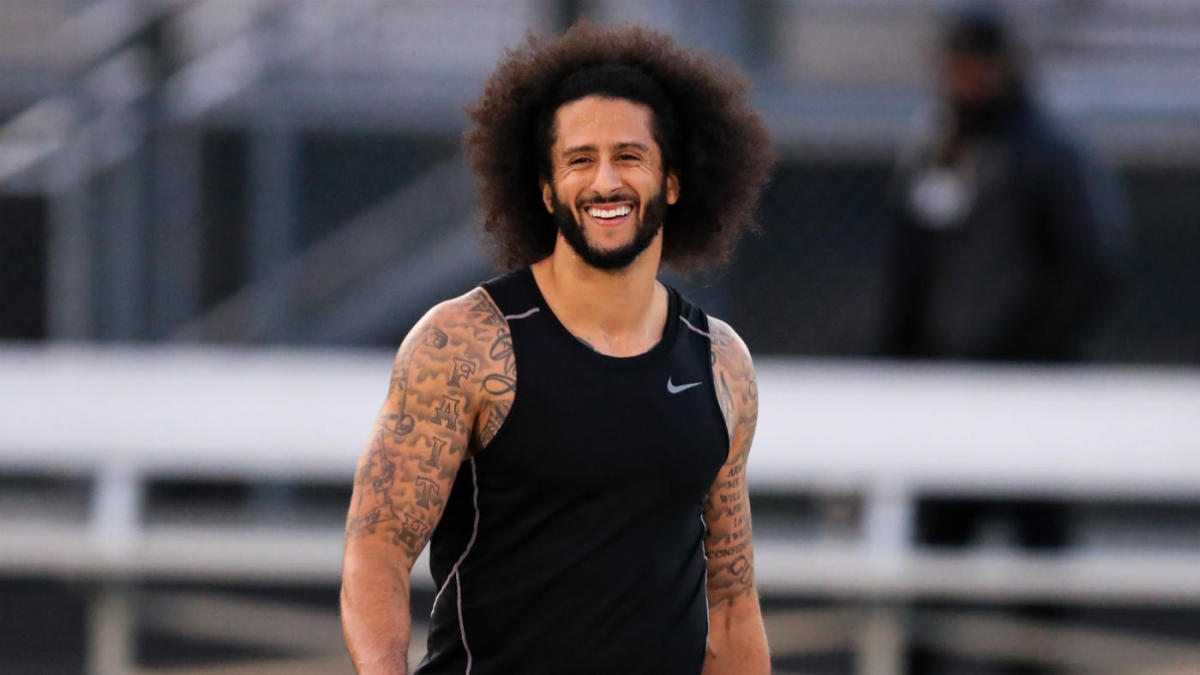 While the Colin Kaepernick saga appeared to be over, things took a turn for the worse on Saturday. How does Kaepernick’s change of venue affect his NFL future?

What could the NFL do with their time on a Saturday when no games are scheduled at this time of year? Perhaps set up a work out for exiled quarterback Colin Kaepernick and his representatives. However, it was Kaepernick and his camp who pulled off a masterful audible.

I believe Kaepernick is truly talented. I truly believe he deserves a job in the NFL. But I do believe he has failed to handle this situation properly. It was simple. All he had to do was show up and he’s guaranteed a job within a few weeks.

Unfortunately, the narrative has now taken a huge turn. It could be for the worst regarding Kaepernick’s work situation. But there is way more to this then meets the eye. Below, we’ll examine the events that have led up to this point, and why the Kaepernick drama has resurfaced to haunt the NFL.

Why was Colin Kaepernick exiled in the first place?

There are several reasons people point to for the ousting of Mr. Kaepernick. However, the most obvious choice was his display on the field during the national anthem. If you recall, Kaepernick protested against police brutality and racial injustice by kneeling during the pregame national anthem. His play on the field took a hit also, but his performance wasn’t to a level that merits him being out of the league for so long.

Despite being supported by many, it wasn’t enough to keep him on the 49ers. Soon after that, three long years of exile would be upon Kaepernick as no team wanted to deal with the backlash and media attention of having him on the team. It isn’t a secret, but the majority of the owners in the NFL are white men. Some speculate race played a bigger role in this, but I believe his courage to kneel during the anthem was the biggest reason for him being removed completely.

However, there is a belief that NFL owners were scared. Afraid of what he could do to influence the younger black athletes and all young athletes for that matter. Here is the face of a man who is not afraid to stand up and fight for what he believes in. If that display inspires the next group of young athletes, there is no telling what kind of protest there will be in the league.

As it stands, the league makes it very difficult for African-Americans to obtain high ranking jobs, let alone ownership status. However, that is not to say that African-Americans aren’t successful in this league. The case for Kaepernick is different. There is no doubt how talented he is. The owners fear the man, not the player.

How does the workout debacle affect both Kaepernick and the NFL?

This is the big question. What happened and why did it happen? As far as the league was concerned, Kaepernick was going to show up at the Atlanta Falcons practice facility at 3 P.M. Eastern time.

What did end up happening exactly? An hour prior to the workout, Kaepernick calls it off and moves the location 51 miles outside of the original location. Basically, and hour away from the Falcons training facility. But the question is why did the group move the workout?

According to reports, Kaepernick himself had doubts and was reportedly very wary of the NFL changing up those plans. In response, he set up a backup plan that turned to the high school field he held the workout at. The infamous curveball thrown by the NFL was the restriction of media and the banning of Kaepernick’s team from filming the workout. The NFL wanted to be in charge of that department.

With that being established, Kaepernick’s distrust in the league ultimately changed the venue and rules. But there is more to this.

The Waiver that changed everything

As standard procedure, the NFL has waiver forms they wanted Kaepernick to sign to protect themselves. For example, the waiver the NFL wanted him to sign was to make sure he couldn’t sue the league should he not be employed post-workout. However, Kaepernick’s team just wanted to sign an injury waiver. The two sides ended at an impasse and the workout was altered. The tension only got worse after Kaepernick called out the owners and the league itself. No employer wants to hire someone who talks bad about them.

The bottom line is that there still remain several questions. Can Kaepernick really run an offense? Can he read defenses or can he go up against a good pass rush, and most importantly, can he maintain a low profile and just focus on football. At the moment, they are all unknowns.

More importantly, is there an owner that is brave enough to take the risk and work with Kaepernick. Personally, I don’t believe there is a shot he gets a job. Why is that? It boils down to professionalism.

ESPN First Take host Stephen A. Smith said it best. All he had to do was show up and he would’ve been on an NFL roster soon. Instead, he chooses to get back at the NFL on the day the league, whether questionable or not, decides to open the door open for him. In other words, it was a PR stunt on his end. An attempt to push his own agenda, one that clearly doesn’t include playing football in the NFL.

While this opinion is my own, there are others that feel the same as I do. Only Colin Kaepernick can answer to all of this. The fact of the matter is that no matter the outcome, Kaepernick truly has nothing to lose. This is an agenda pusher and he has succeeded. The “Kunta Kinte” shirt further pushes his rejection of the NFL and its owners.

However, as stated before, there is a level of professionalism he should have approached this with. If the plan was to not play football, then don’t waste your time or anyone’s time for that matter. Out of the original 25 owners slated to show up, only six to eight came out to the new location. The only real answer NFL teams got from this workout is how much a diva Kaepernick is.

The fact that Jay-Z helped orchestrate this workout is all a façade. Anyone familiar with the NFL business knows that Jay-Z has aspirations to be an owner someday. He could care less truthfully if Kaepernick ever plays again. He just felt pressured to have to grant him a workout. Whatever the case may be, it was all just a big sham. A shameful display for someone who was a great athlete in this league.

There are different ways to look at this situation and I’m sure many of you have your opinions. But make no mistake, I am a fan of Colin Kaepernick. I root for the man and support his cause. However, sometimes in the workforce, it is better to bite your tongue and just work hard.

Unfortunately, this may have been Colin Kaepernick’s last chance at an NFL job. While the league may never employ him ever again, they can’t silence him forever. If Kaepernick truly has a desire to play, Canada is a viable option. In fact, he could have been playing there for three years and chose not to. Perhaps another display of his true motive.

Simply put, he will move his agenda at any cause. Even if it costs him his status in the league. Perhaps Kap never had the intention of ever playing again. He just wanted to push a message and he succeeded. Applaud him or diss him, his PR stunt worked and fooled all of us.

For more news about the NFL and other sports, stay tuned to NGSC Sports, where we never stop.

Until next time, folks!