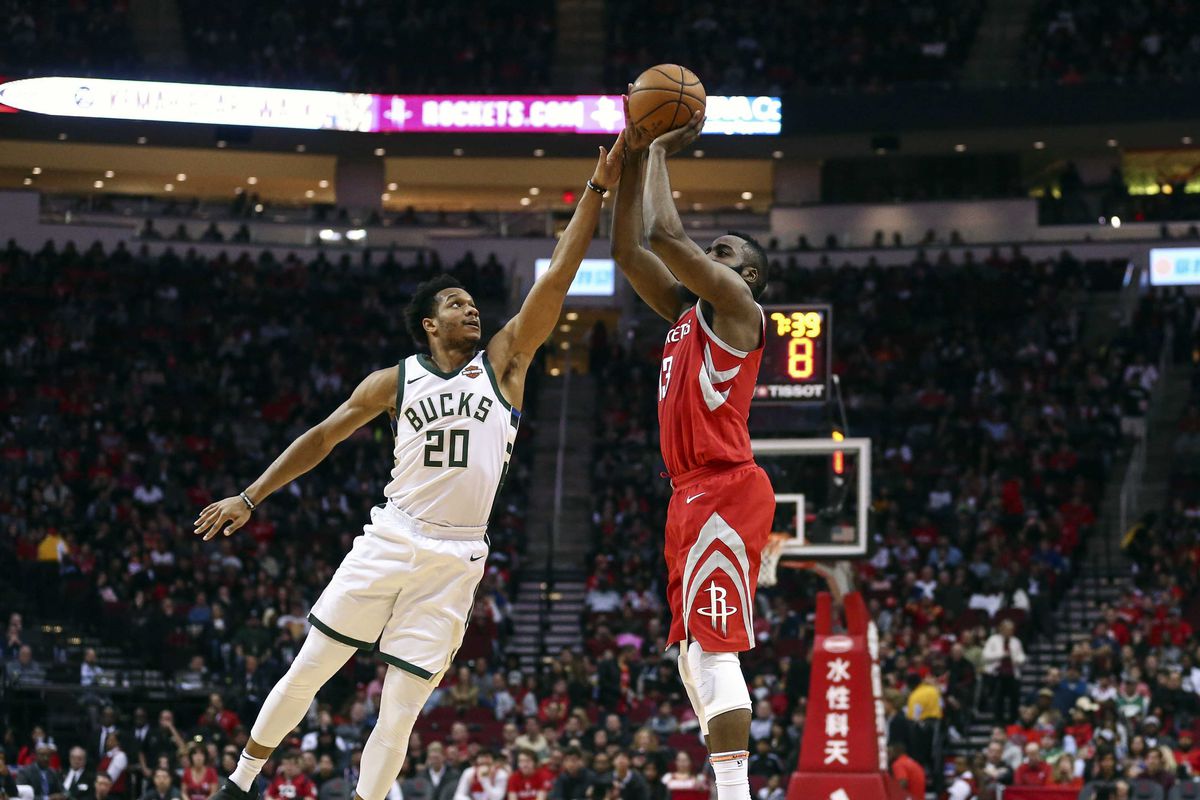 The new-look Rockets put on a show in Houston against reigning MVP Giannis Antetokunmpo and the Milwaukee Bucks. Unfortunately, they fell short.

NBA basketball is back ladies and gents! I, for one, am super excited and what better way to kick off the season here at NGSC Sports with Rockets vs Bucks. Basketball’s return in general just brings a smile to my face and this game just hyped me up even more.

It was a pretty fast-paced game from beginning to end. However, fast-paced is not the best way to describe the way Russell Westbrook came out to play in his Rockets debut. In fact, he played the only way Westbrook knows how to play. Hard. He was like a freight train coming all night and this time he had a team full of shooters around him.

However, it was a hard-fought night for both teams and there were some studs on both sides. Here are some of the stat lines:

However, one name was left off this list. It was James Harden. It was a straight-up awful night for “The Beard.” In fact, he shot 2 for 13 and 1 for 8 from three-point land. Not good for a man on a mission.

The Rockets led for most of the game, by as much as 16 in fact. However, the defense was questionable towards the end. But, their offense got a bit stagnant towards the end as well. The problem with the Rockets remains the same. Too much emphasis on the three-ball. For as great as Russ was in his first game, there was a trend that I noticed. Russ being Russ. Meaning he went harder than his teammates.

Unfortunately, no one could really match the energy of Russ. Harden couldn’t find a rhythm and the bench didn’t quite click last night. There were some good things to note. For example, the ball movement at times looked fluid and effortless. Second, Harden and Westbrook combined for 21 assists. So they both proved they can be unselfish. But we knew that.

The biggest areas that doomed the Rockets last season were rebounding and holding on to leads. Last night, they outrebounded the Bucks 57 to 53 which is a good start. The other part they failed at. At one point Houston led by 16 points. That lead quickly evaporated in the fourth quarter. Despite getting the reigning MVP to foul out late in the fourth, the Rockets simply could not stop the Bucks from scoring.

So game one gave Rockets fans much to look forward to. It also provided the fact that there is still much work left to do. Still, there is no excuse for a team to blow a 16-point lead. That is something this team must improve on.

Despite the loss, this team did prove that it is ready to excite. Russ looked good in his first game and Harden must be ready to match his energy. Here are the highlights from this game:

What a game to kick off the NBA season. It is way too early to critique this team, but they will provide a punch of excitement. Kudos to the Bucks for coming out and battling. Giannis is no joke. If there is no excitement on your end then you don’t like NBA basketball.

As for the Rockets, a few tweaks to the lineup and more familiarity between Russ and the group will make things mesh as the season goes on. Mike D’Antoni has much to work on. This season rests on his ability to make adjustments and settle on a solid rotation to finish games.

The biggest thing from this game, Harden must come ready to play and do whatever it takes to help out. He can’t complain about all the calls he doesn’t get and he has to just play the game. However, this team will be scary and should not be taken lightly because they will play hard.

For the latest on the Rockets and the rest of the association, make sure to stay tuned to NGSC Sports where we never stop.

Until next time, Red Nation.