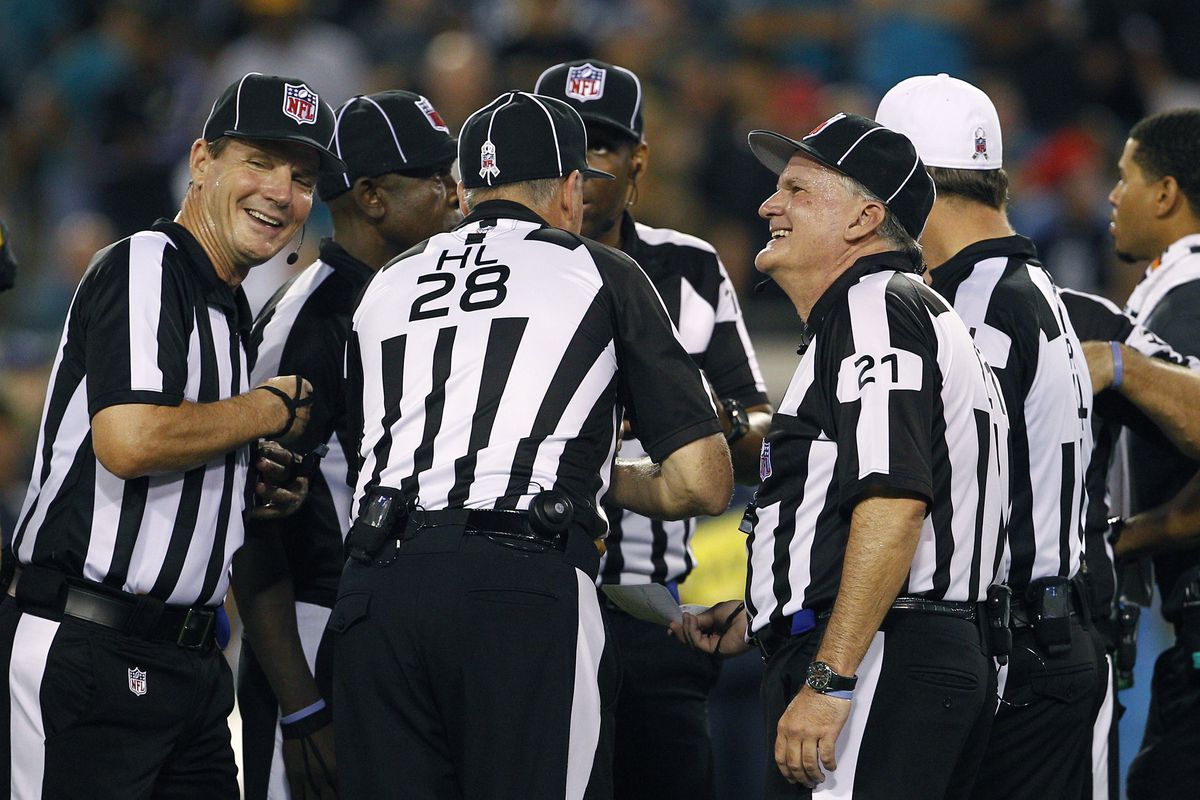 The NFL has a long history of adding more rules and making more calls in order to ‘correct’ these mistakes. After the 2003 AFC Championship game, in which the Patriots secondary was very (and often over the top) physical with Colts receivers, the Illegal Contact rule was put into place. After Carson Palmer tore his knee from a low hit by the Steelers Kimo von Oelhoffen of the Steelers, the league changed (and has continued to adjust) where you can hit quarterbacks, and the list goes on.

Following Monday night’s officiating gaffes, along with others this season, the talk for the ‘sky judge’ is going to get louder and louder. This is not going to solve the problem, or just lead to more unintended consequences to fix mistakes that won’t give the Lions last night back, put the Saints in the Super Bowl, bring Carson Palmer’s career back, or potentially have stopped the Patriots run in the early part of this century.

The ‘sky judge’ would be an official in a booth, NOT a replay official but on part of the actual crew who looks at video following calls, and if missed or incorrect, makes the correct call. While this ‘sky judge’ would prevent situations like last night from happening, it will also open up more problems in order to fix one.

What needs to be understood with the ‘sky judge’ is there are judgment calls made (or not made) on just about every play in every game. Close calls that weren’t made on the field and likely should be let go off may end up being made. What ‘standard’ will a sky judge be using? Are there calls that the sky judge is not allowed to make?

Yes, some of these missed calls are so obvious something needs to be done. What isn’t being talked about is the fouls we don’t see, likely because they are away from the play where we can miss it. Some of these calls (or non-calls) are just as important to the outcome, and bringing them into play opens a Pandora’s box that won’t solve anything.

The NFL needs better officiating, not putting more responsibility on the officials who we already see are doing a poor job. With that being said, the NFL will continue to go about fixing the problem the wrong way and it will only get a lot worse before it gets better.