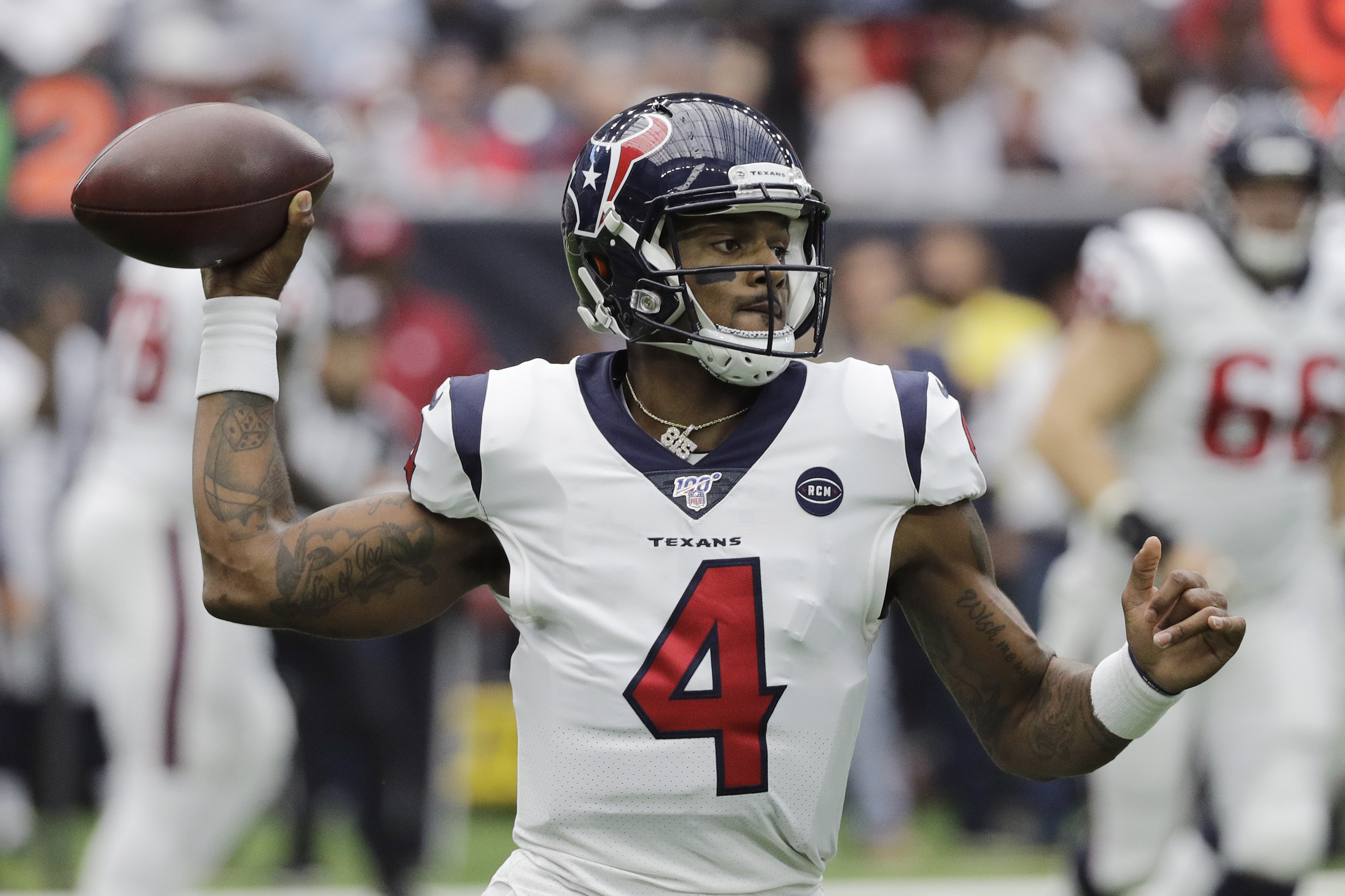 Texans fans will be delighted to see how the team has started the 2019-2020 season. Despite a few holes to plug, Houston is off to a good start.

Texans fans, the NFL season is off to a blistering start. There are certainly some things to still be concerned about. However, there are other aspects to be pleased with as well.

In this piece, let’s examine some those areas that are both good and not so good. One thing that is certain, this start is no fluke.

Houston has had QB’s come in and out. Matt Schaub ruined his career here with his awful performances. Before that, there was David Carr. Let’s not go there right now. However, for the first time in franchise history, we have a legit QB and his name is Deshaun Watson. Just how good has he been? Take a look:

Not bad if you play QB for a team with an often bad offensive line. Still not convinced? Just look at what he did to the Chargers defense:

Watson is a baller, plain and simple. Despite having a rocky offensive line the guy continues to produce. The biggest worry for the franchise QB is can he take all of these hits and still get up. I’d rather not find out. Sure, Laremy Tunsil is an upgrade, but he can’t be the only one improving. The entire line has to improve and the Texans need to do it fast before Watson gets hit hard enough to be knocked out for a while.

There is no excuse at the quarterback position for the Texans. Now, they just have to protect him and help him stay up. If they can do that, watch out.

Texans D has some studs

If I’m being honest, the Texans have a good defense. There are some holes in the secondary that can be fixed, but nonetheless, some guys have really played well. There are two guys in particular who have wreaked havoc on the defensive line. One is the superstar J.J. Watt. The other man is Whitney Mercilus, who is playing for a big payday next offseason.

First, let’s start with Watt. While he is not racking up the big sack numbers, his presence alone is enough to disrupt any offensive line. Of course, we all know how good Mr. Watt is. So it is no surprise his impact his huge on the team. However, with the loss of Jadeveon Clowney, it is tough to man a line on his own. That is where Mr. Mercilus fills the gap. Literally.

Just on the season alone, Mercilus already has four sacks and is a man on a mission. That is because he’s in a contract year and playing for the big bucks. Just ask Philip Rivers how it feels to get hit by this guy. Hopefully, he plays like this all season because it is a big boost to the defense.

Perhaps these two inspire the rest of the defense. If the defense plays inspired and the offense continues playing how they have, then oh boy that’s scary.

Just get that secondary firing on all cylinders. I still believe Johnathan Joseph has enough left to be a force in the secondary.

While the loss of Lamar Miller is horrible, the guys we have really been playing hard. Duke Johnson and Carlos Hyde are splitting carries quite well. Despite Watson not throwing the check down as much, Hyde and Johnson have been getting the hard yards with consistency.

Now I stress, they aren’t running like pro bowl running backs. However, they are both tough third-down backs that get the dirty work done. Whether that’s gaining the extra yard, getting in the trenches on third down, or even providing some blocking for Watson.

Also, keep in mind that the backs are working with an average O-line at best. So all things considered, they are working well with what they have.

Overall, this team, if healthy, should be a force to be reckoned with. A great QB, decent running backs, an awesome receiver in DeAndre Hopkins, and an improving defense. Those are the makings of a contender.

At the very least, this team should aim for the AFC Championship game. Next up is the Carolina Panthers without Cam Newton. While Kyle Allen has been playing great, this should be a win for the Texans to capitalize on. It’ll be a great test, nonetheless.

Be excited Texans fans. It’s gonna be a fun year. For the latest on the Texans and all sports Houston, stay tuned to NGSC Sports where we never stop!

Until next time guys.