The Jacksonville Jaguars have a tough decision to make regarding the future of superstar cornerback Jalen Ramsey and it could shape their franchise for the next decade. Ramsey, a 5th overall pick in the 2016 NFL Draft has been very open about his contract situation the last year as is rookie is winding down. He is the best young corner in the league but he is only scheduled to make $3.6 million in 2019 which is on the low end of the scale. Miami Dolphins corner Xavien Howard is at the head of the class at $15.1 million, which makes you think what are the Jags waiting on? Yes, he scheduled to make $13. 7 million in 2020 but that would still not be Top 5 money on the list. 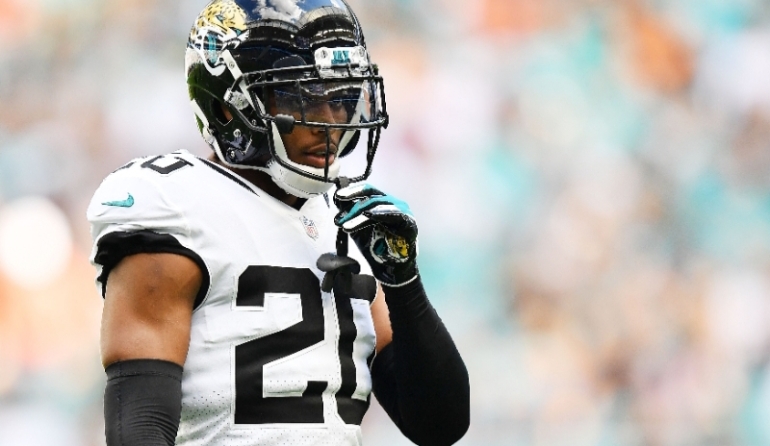 Which brings us to the current problem of his conduct on and off the football field. He pulls up to camp in a brinks truck, he blows up on head coach Doug Marrone during a Week 2 loss to the Houston Texans and even he said on his Twitter “Take the bait”, his career is pretty much done in Jacksonville. The next question is always where will he end up next? Well, I have four teams that he could instantly put them in Super Bowl contention and here are those teams:

Pete Carroll has built a nice team since losing the “Legion of Boom” on defense while losing Marshawn Lynch, Doug Baldwin and Jimmy Graham on offense. They used the draft to add rookies L.J. Collier and D.K. Metcalf, then proceed to steal Jadaveon Clowney from the Texans in a blockbuster deal. Then you say what else do they need? A superstar cornerback is exactly what they need in the great northwest to solidify a championship team. They haven’t had a superstar at that position since Sherman left in free agency, so adding Ramsey to a defense that already has the best middle linebacker in the NFL could mean problems for ANY team. Even the Patriots!

The Rams were the NFC representative in the Super Bowl last year and they could use the dynamic corner even though they have Peters and Talib (33, 12th season). Ramsey could give the Rams a chance to test Peters in the slot or move Talib to safety, either way, it would make the Rams even more dangerous with Aaron Donald and Clay Matthews putting pressure on the QB. Also, it would give the Rams a cornerback in his prime and a defensive force upfront which is all worthy of a championship team.

Andy Reid is coming towards the end of his career in the NFL and now is the best chance for him to cash in with a Lombardi Trophy. He has an offense that has put up 25 points a game in 23 straight games, so all they need is to add a shutdown corner to a rebuilt defense. They have lost Marcus Peters and Eric Berry in consecutive years, so it’s time to add more talent to the position. They are one player away from bringing a title to the Midwest and Ramsey could be that player.

Now before Falcons fans jump down my throat hear me out. Yes, the Falcons are cash strapped and cannot afford any more moves, BUT let’s be real Desmond Trufant is locked in the next three years and just turned 29 years old. If they make a deal for Jalen Ramsey they could get a younger corner at the same price if they make a deal. Trufant is scheduled to make $10.75 in 2020, but with possible contracts coming off the books like Beasley ($13 million) they could find cap room for Ramsey. Like the other teams, he would instantly upgrade their secondary and pass rush.

Related Video: Why the Falcons should make a deal for Jalen Ramsey

Dak Prescott: “I’m a better player than I was”

Ezekiel Elliott Holdout Shouldn’t Cause Concern to Anyone

Browns vs Steelers: The Rivalry Returns