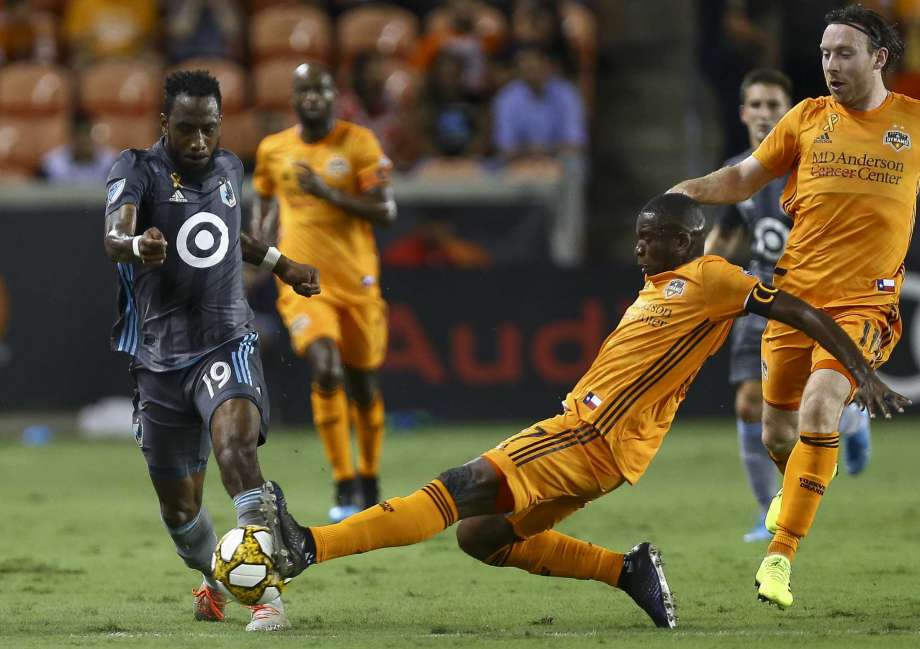 Dynamo fans will be relieved to see a victory after a horrible midseason spell. Despite falling out of the playoff picture, it was a balanced and refreshing victory.

Dynamo fans can rejoice. A win has finally come to Houston. In fact, it is the first win since July. A whole month without winning has finally ended. However, it doesn’t change the playoff picture for the Dynamo. Nonetheless, beating a playoff team such as Minnesota United is something to be proud of.

The first 36 minutes of the game went pretty quiet until Mauro Manotas broke the deadlock in the 37th minute. Despite being in control for most of the match at that point, Minnesota allowed the Manotas goal and found themselves trailing. Defender DaMarcus Beasley delivered a cross through the ground into Manotas’ feet where he finished the job. That goal marked his 12th of the season.

Seven minutes later, Christian Ramirez doubled the score on a Minnesota turnover as he broke past the defense. Manotas received the assist. At the end of the first half, the score was 2-0 in favor of the Dynamo.

In the second half, Minnesota came out to fight. Dynamo goalkeeper Joe Willis made a number of good saves including an impressive arm save in the 59th minute. Late in the game, Minnesota seemed to have pulled a goal back, however, VAR ruled it out and the score remained 2-0. The ruling of the play was offside.

Despite the loss, Minnesota remains in the fourth slot of the playoff race in the Western Conference. Meanwhile, the Dynamo now wrestle with bottom feeders of the West as yet another lost season grinds on.

Tonight’s victory was just the third win in the last 18 MLS games for the Dynamo. Their last MLS win prior to this one was on July 20th against Toronto FC. Finally, this win ended a 0-3-1 stretch at home. Summer has been rough, to say the least, for Houston.

The Dynamo owned a 54% to 46% possession advantage over Minnesota. Minnesota fouled 12 times to Houston’s seven fouls. The Dynamo also saved four shots to United’s two saves. Despite the rough August, September is off to a good start.

Next up for the Dynamo, Vancouver on the 14th. Make sure to keep up with NGSC Sports for all the latest on the Dynamo and all Houston sports as the season continues to roll on.