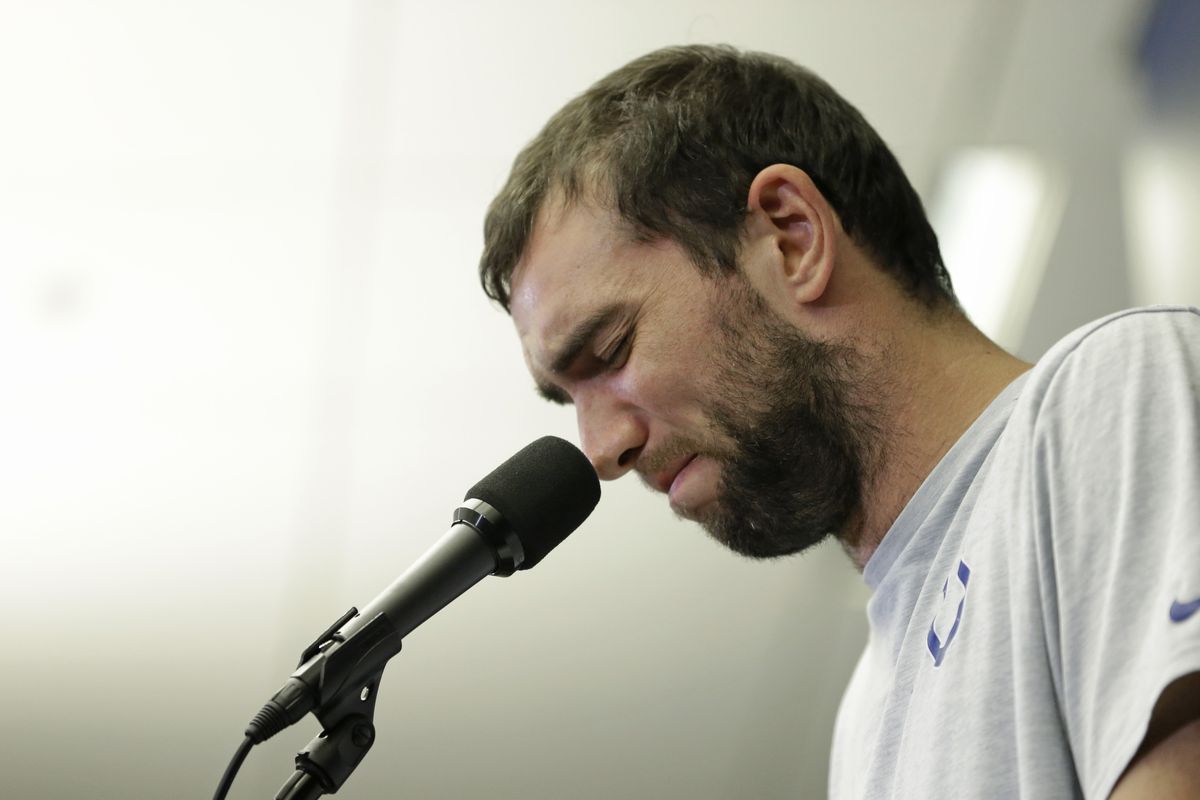 Andrew Luck shocked the world by announcing his retirement during the Colts preseason game against the Bears Saturday night.

Luck, at the age of just 29-years-old, joined a short but noticeable list of NFL players to retire rather young. For a player with such high expectations, Luck’s career will be defined by the “what if” of his potential.

After dealing with a very poor supporting cast the first half of his career, Luck was surrounded by a top offensive line in 2018, creating high expectations for 2019.

However, the lack of early-career protection took its toll on Luck.

He has suffered a sprained shoulder, lacerated kidney, torn abdominal muscle, torn cartilage in his ribs, shoulder surgery, concussion and now most recently a calf strain.

It’s safe to say that the number of injuries would have a lasting effect on anyone. For Luck, he couldn’t handle it anymore.

As he said in his press conference, his joy of the game is gone. To consistently have to go through rehab is a devastating cycle for anyone.

Luck’s decision was polarizing, to say the least. He was even booed by Colts fans as he walked off the field as a Colt for the final time.

Yes, fans will probably regret that decision and eventually celebrate the seven-year career he had with the Colts. Despite his shortcomings towards capturing a Super Bowl title.

Players across the NFL have shown nothing but support for Luck and the bravery in his decision to retire. Of course, the near $25 million settlement from the Colts probably made his decision a little safer.

Analysts are criticizing Luck only for the timing of the decision, with the regular season a week and a half away.

Nonetheless, the bottom line is that NFL players are continuing to retire early.

Patrick Willis and Calvin Johnson are two notable names. They both retired at the age of 30 in the last five years despite still being in their primes.

Even Rob Gronkowski retired at the age of 29 fresh off a Super Bowl victory with the Patriots over the Rams.

Football is a dangerous and taxing sport. The players aren’t robots.

They suffer injuries like we do behind the computer screen. The mental taxation of it is something we can’t question.

Andrew Luck won’t be the last NFL star to retire early. The trend of players taking control of their lives early is only just beginning.