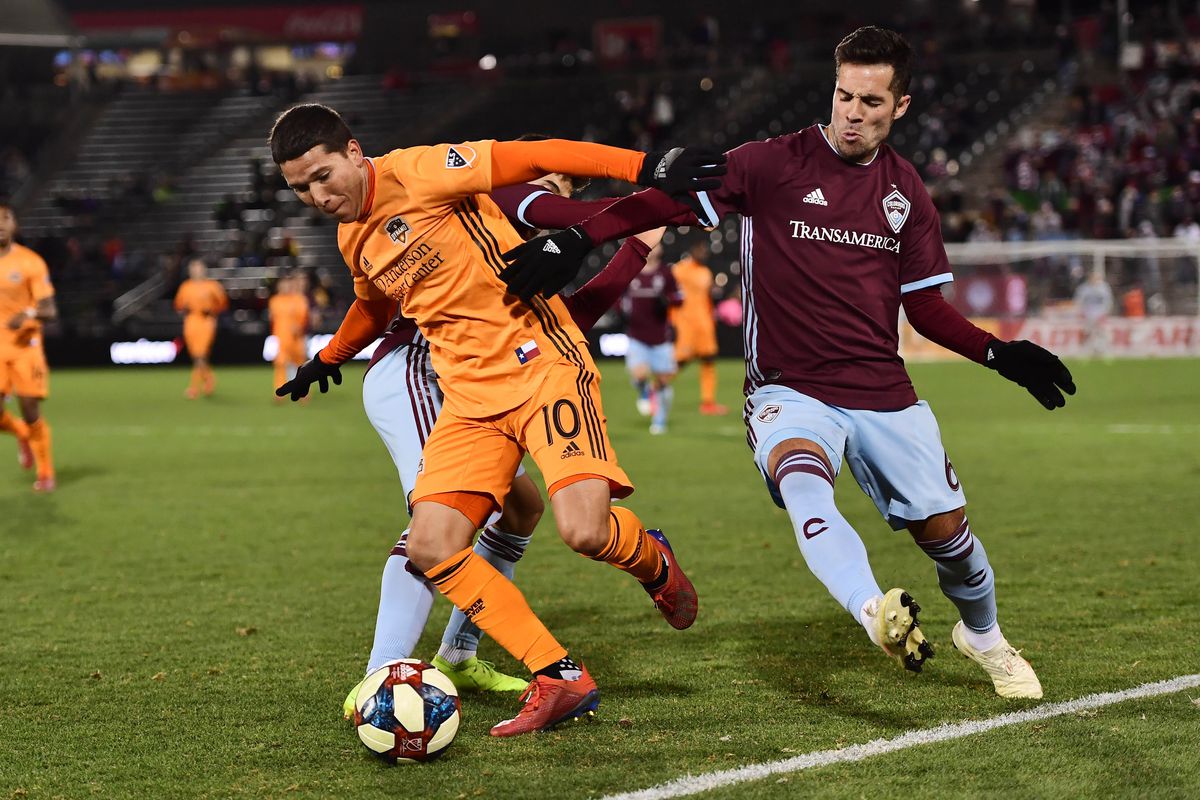 The Dynamo are unfortunately in a free fall as of late. They managed to scrape a point by tying with the Rapids in Houston.

It has truly been tough to be a fan of the Dynamo as of late. The beginning was great. Hot start, kicking butt and taking names while being super competitive. Oh my how the times have changed in Houston. Things are so bad the Dynamo parted ways with head coach Wilmer Cabrera.

Want to hear more? Fans in Houston are calling for a change in ownership. In fact, Houston is among the teams with the cheapest payroll in the MLS. Good thing James Harden is uber-rich right?

Now with all of that said, on to the game Saturday night. As usual, the Dynamo dominated in a number of areas. Here’s a breakdown of some of the stats on the evening.

It was shaping up to be a really bad day for the Dynamo in their home stadium. After seven quick minutes, the Rapids Diego Rubio struck first. A poor defensive clearance led to Rubio smashing it past Joe Willis.

Once a strong suit of the team at the start, the defense has slipped so bad that it is regular for the team to give up goals early and often. Much of the same would happen again as Rubio scored in the 38th minute to make 2-0.

The defense was so bad for the second goal that it was laughable. Maynor Figueroa looked lost when he basically gifted Rubio who would fool Willis and net the second goal for the Rapids. On a side note, the two goals mark Rubio’s eighth and ninth goals on the season and he has been on a tear as of late.

At halftime, things looked bleak. Houston was down 2-0 at half time and for most of the game, the score would remain the same. Until the 74th minute. Their big-time scorer, Mauro Manotas, came up big again with a nice strike to put the score at 2-1.

Five minutes later Manotas would be found in the box again to blast in the equalizing goal. It was nice to see the Dynamo fight back. However, the concern is not over by a long shot. This team is in a dog fight to claw back into the playoffs. But before this team can think championship again, many things have to change.

The biggest takeaway from this season should be the fact that this team has to be willing to spend. In recent years, the Dynamo have been unwilling to shell out big money to win. The owner’s attitude means a lot to the success of the team. It is no different in this situation.

While other clubs spend the big bucks, the Dynamo remain stagnant. However, it is not impossible to turn it around. In fact, Houston is a great sports town with a nice legacy of support. While the other teams are in contention, soccer is, unfortunately, falling behind the other sports. Indeed, this must change.

Up next, FC Dallas in Frisco on August 25th. For the latest in all Houston sports news, stay tuned to NGSC Sports. We never stop.