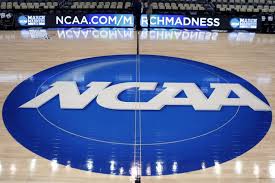 The NCAA has gone back and forth regarding the regulations required towards being an agent over the last week.

A memo was released by the National Collegiate Athletic Association last week announcing new requirements to be an NBA agent. Needing a bachelors degree immediately jumped out as one of the new rules.

With many current NBA agents, most notably Rich Paul, not having bachelors degrees, outrage broke out. Players and fans everywhere deemed it blasphemous and the “Rich Paul Rule”.

As of Monday, the NCAA reneged the ruling. Rather than having a bachelors degree, agents will just have to be in good standing with the National Basketball Players Association.

In today’s world, connections are everything. The individuals who don’t have the time and resources to get a degree are made to suffer.

This looks like another desperate attempt by the NCAA to exert power where they have no right.

The NCAA claimed the move was in regards to maintaining college eligibility for students.

Let’s be real though, this now failed attempt by the NCAA is in regards to the soon fading “one-and-done” rule.

Since 2006, players have had to play at least one year in college or overseas out of high school before entering the NBA draft.

The NCAA doesn’t want this rule to change, and they’re fighting their hardest to stop it. The product will take a hit if players are able to enter the draft from high school again, and the NCAA knows it.

Even with the way things are now, top high school prospects such as LaMelo Ball and RJ Hampton are skipping college to play overseas before entering the draft.

The NCAA is a money and power-hungry organization as I have discussed in the past. They want control in all aspects.

Players and fans made their resistance felt everywhere for the first time. The NCAA may have bitten off more than they can chew.

They made the critical mistake of attacking the most powerful man in the NBA world right now.

His name is Rich Paul.

The trend of athletes standing up to the NCAA over recent years has to continue. That is the best chance of stopping them.

Otherwise, the NCAA will put their nose in business’ where it doesn’t belong, just like with the now former agent rules.