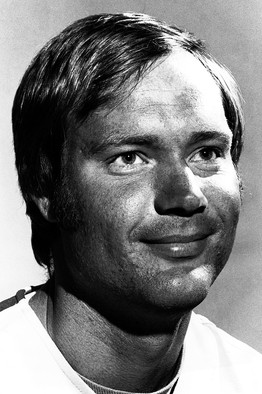 In the final episode of MASH, the pompous doctor portrayed by the late David Ogden Stiers got a sendoff that’s arguably one of the most indelible images in television history. After seven seasons of his character trumpeting his own self-importance, sophistication, breeding, and surgical skills, like a proud peacock strutting his feathers, this upper-crust scion of a prominent Boston family left Korea on a garbage truck.

Canton resident Mac Scarce, who turned 70 in April, probably appreciates the irony. That is because Scarce and 628 other men have been relegated to the equivalent of the national pastime’s garbage heap.

In order to avert a threatened 1980 Memorial Day weekend walkout by the players, MLB made the following sweetheart offer to union representatives: going forward, all a post-1980 player would need to be eligible to buy into the league’s premium health insurance plan was one game day of service; all a post-1980 player would need for a benefit allowance was 43 game days of service. At the time, the threshold was four years to be vested in the pension plan.

The problem was, the union failed to insist on retroactivity for all those players like Scarce, who had more than 43 game days but less than four years of service. In a career that spanned 159 games, Scarce recorded six wins, and 21 saves. All told, he pitched 209 and two-third total innings, all of them in relief.

In 1973, which was arguably his best season, Scarce appeared in 52 games for the Philadelphia Phillies and had a minuscule earned run average of 2.52.

All Scarce gets for having played the sport he loved is an annual payment of $625 for every 43 game days he was on an active MLB roster. Up to a maximum payment of $10,000. Talk about being thrown a bone.

So if you were called up to the Atlanta Braves on Aug. 15 of this year, and stayed on an active MLB roster until Oct. 1, when you turn 62, you’d qualify for a lifetime pension of $3,589 that can be passed on to your loved ones. But someone such as Scarce would see his annual gross payment stopped the moment he dies. Which means his daughter, Amanda, and two grandchildren would get squat. Scarce lost his second wife, Kathryn. to breast cancer on Dec. 30, 2014.

The union representing current players, the Major League Baseball Players’ Association (MLBPA), has been loath to divvy up anymore of the collective pie. Even though the players’ welfare and benefits fund is worth more than $3.5 billion, MLBPA Executive Director Tony Clark has never commented about these non-vested retirees, many of whom are filing for bankruptcy at advanced ages, having banks foreclose on their homes and are so sickly and poor that they cannot afford adequate health care coverage.

In his stellar 1973 season with the Phillies, Scarce was paid $15,000. Considering that he was among those players who helped grow the game, endured labor stoppages and went without paychecks, all so that someone like current Phillies outfielder Bryce Harper could sign a 13-year, $330 million contract, Scarce should not have to feel that baseball’s suits have unceremoniously tossed him into the garbage.

Douglas J. Gladstone is a freelance writer and author of two books, including A Bitter Cup of Coffee; How MLB & The Players’ Association Threw 874 Retirees a Curve. You can visit his website at www.gladstonewriter.com