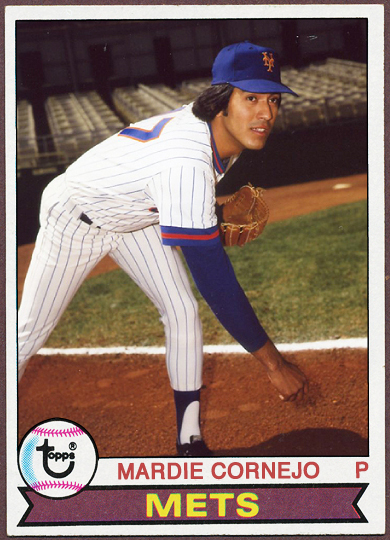 If Cespedes Can Get Paid, So Can Cornejo

Nieves Mardie Cornejo, 67, is a former Major League Baseball (MLB) pitcher who played for the New York Mets in 1978. In his lone season in the big leagues, Cornejo won four games and saved three others. In 36 and two-third total innings, he had a stellar Earned Run Average of 2.45.

Let’s fast forward to this season. The Mets are paying star outfielder Yoenis Cespedes $29 million and he hasn’t played one game at all. In fact, out of the Mets’ 324 regular-season games in 2017 and 2018, Cespedes reportedly missed 205 of them due to multiple injuries.

I don’t think it’s too much of a stretch to suggest that men like Cornejo were part of the generation of ballplayers who stood on picket lines, endured labor stoppages and went without paychecks, all so Cespedes can command the monies he gets. And nobody begrudges him from getting it, either. This is still a free-market economy, and if you can get it, more power to you. But I also feel that it is about time attention is paid to the men like Cornejo, who helped grow the game.

Does Yoenis, who badly twisted his ankle earlier this year when he accidentally stepped into a hole at his ranch in Port St. Lucie, Florida, understand that?

Does Yoenis know that, in order to avert a threatened 1980 Memorial Day Weekend walkout by the players, MLB made the following sweetheart offer to union representatives: going forward, all a post-1980 player would need to be eligible to buy into the league’s premium health insurance plan was one game day of service; all a post-1980 player would need for a benefit allowance was 43 game days of service. At the time, the threshold was four years to be vested in the pension plan.

The problem was, the union representing the players, the Major League Baseball Players’ Association (MLBPA), failed to insist on retroactivity for all the players like Cornejo, who had more than 43 game days but less than four years of service.

The league and union partially remedied this situation in April 2011. The pre-1980 players alive at the time were each awarded payments of $625 for every 43 game days of service the man had. The maximum payment permitted is $10,000 per man. As of this writing, there are only 628 of these retirees left.

So if you were called up to the Mets on August 15 of this year, and you stayed on the team’s active roster till October 1, when you turn 62-years-old, you’d qualify for a lifetime pension of $3,589 that can be passed on to your loved ones. But when Cornjeo eventually passes, the monies he’s now receiving won’t go to any of his loved ones or designated beneficiaries.

Does that sound fair to you?

The MLBPA’s leadership has been loath to divvy up anymore of the collective pie. Even though the players’ welfare and benefits fund is worth more than $3.5 billion, MLBPA Executive Director Tony Clark — a former Met, by the way– has never commented about these non-vested retirees, many of whom are filing for bankruptcy at advanced ages, having banks foreclose on their homes and are so sickly and poor that they cannot afford adequate health care coverage.

The Mets smartly took out an insurance policy on Cespedes’ contract that reportedly permits him to keep receiving monies for a qualified absence from play due to injuries sustained on the field. But Cespedes suffered his most recent injury at his 88-acre home. Is the team on the hook for his salary?

I cannot answer that question since I am not an attorney. But if our national pastime can pay Cespedes, they can find a way to pay the men like Cornejo too.

Douglas J. Gladstone is a freelance writer and author of two books, including A Bitter Cup of Coffee; How MLB & The Players’ Association Threw 874 Retirees a Curve. You can visit his website at www.gladstonewriter.com