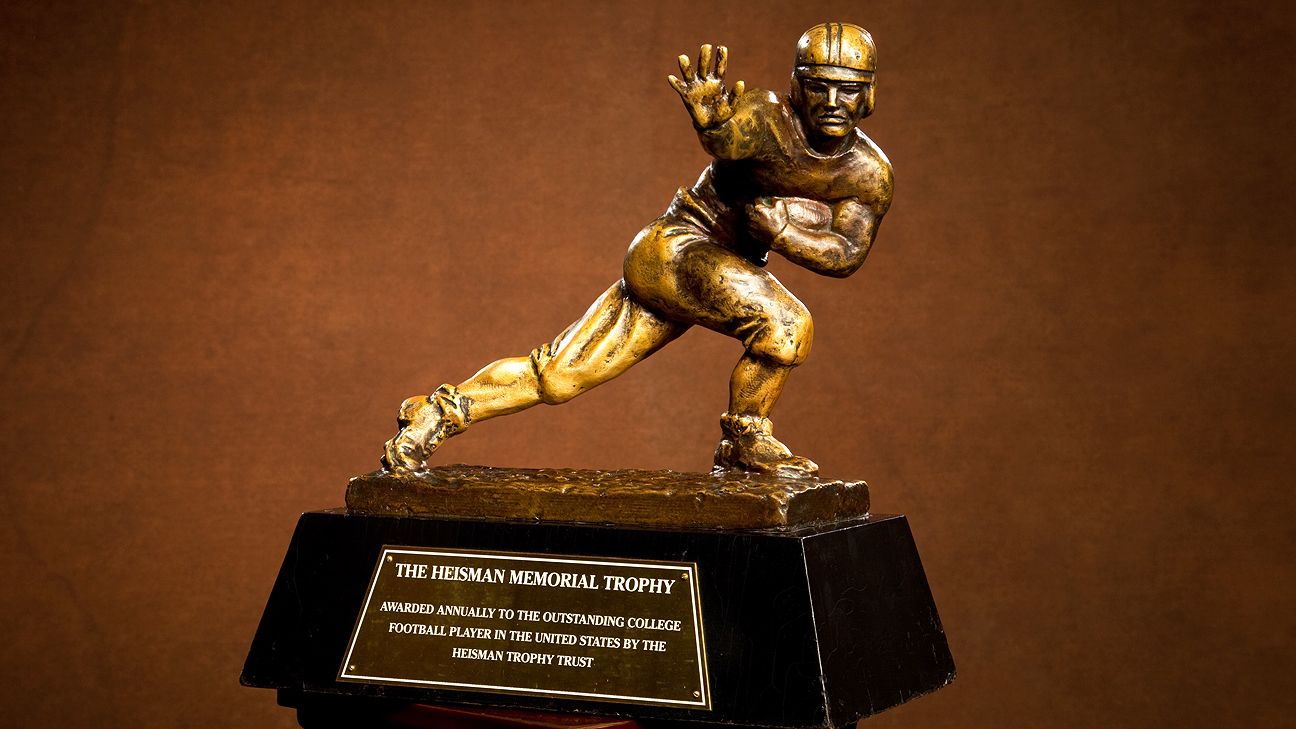 The 2018 Heisman race was like a longshot at the Kentucky Derby as Kyler Murray (#1 overall pick in the NFL Draft) pulled away towards the end of the race standing in the winner’s circle. Tua Tagvailoa led the race for most of the 2018 season but slipped down the stretch due to a nagging knee injury. Bryce Love (Washington Redskins) was also a favorite to win but only ran for 736 yards, six touchdowns, and a single 100-yard game, as he missed three games due to various injuries.

Now, it’s time for the 2019 Heisman race to start and this race might be as good as advertised. Tua Tagovailoa and Trevor Lawrence return to their respective teams in hopes of meeting in another national championship showdown. While names like Johnathan Taylor, Sam Ehlinger and Jake Fromm look to pull the upset and take home the trophy in December. This is my Heisman watch list for 2019:

Tua Tagovailoa seemed he was a shoo-in to take the Heisman home but a late run by Kyler Murray and a knee injury knocked him back in the race. His crazy numbers from last year could be repeated especially with his top Jerry Juedy returning and could also be in the race. He’ll have a strong run from Trevor Lawrence and Jonathan Taylor, so it won’t be a cakewalk.

Trevor Lawrence led the Tigers to their second championship in three years after a breakout freshman campaign. He threw for 3,280 yards, 30 touchdowns, and only four interceptions. All the while, splitting time with former Tigers QB Kelly Bryant. He gets a full schedule this season so expect his stats to keep him in the Heisman talk all season.

Taylor will come close to breaking records at Wisconsin once his college career is done. He broke the 2,000-yard mark in 2018 (2,194) leading college football. This came after a sensational freshman year where he just fell short of the same milestone. He will be counted on even more in 2019 as the badgers will have a first-year starter at QB.

Ehlinger was one of college football biggest surprises in 2018 as he led the Longhorns to a 10-4 record. He had 41 total touchdowns (25 passing, 16 rushing) while throwing for 3,292 and rushing for another 482 on the ground. If Texas can get past Jalen Hurts and Oklahoma look for his name to stay on the watch list until November.

Jake Fromm has lived a dream his first two seasons as a starter, leading the Bulldogs to consecutive SEC title games and a national championship berth. Fromm will have a tough time keeping up if his young receiving core doesn’t gel quickly. He threw for 2,671 and 30 touchdowns last season.

Herbert was in the Heisman discussion last season but faded when the Ducks dropped three of four midway through the season. The Ducks should finish strong at 9-4. Herbert will have most of his returning starters this season, so look for him to throw more TD passes than last season (29).

D’Andre Swift finally gets his chance to be the man after sitting behind Nick Chubb and Sony Michel his freshman year, and splitting carries with Elijah Holyfield last season. Swift is a dual-threat back that can break the game open at any time. Look for his stats to rise from last season in which he broke the 1,000-yard mark, scoring 10 touchdowns.

The Alabama transfer brings his championship pedigree to Norman as he looks to become the third Heisman Trophy-winning QB in consecutive years. Hurts is a dual-threat QB that could put up solid numbers just as he did at Alabama during two national championship runs. He lost his starting job to Tagovailoa last season but came through in the clutch when the team needed it.

Grant Delpit is by far the best defensive player in college football. He can play either as a safety or a LB in the box and he is always making plays. He led the Tiger defense that was one of the best in college football. Delpit is expected to be a top-five pick in the 2020 NFL Draft. He was worthy of making this list and could be the first defensive player to raise the trophy since Charles Woodson in 1998.

A.J. Dillon was easily the breakout rookie of the year in the ACC in 2017 rushing for 1,589 yards and 14 touchdowns. He had an injury-riddled campaign last season but still ran for over 1,100 and 10 touchdowns. Boston College will have to pull some upsets to keep him in the race all season.

These are my ten favorites to take the Heisman home in 2019, but who will be the last man standing? Drop your pick in the comment box below. I’ll see you midseason with an updated list.