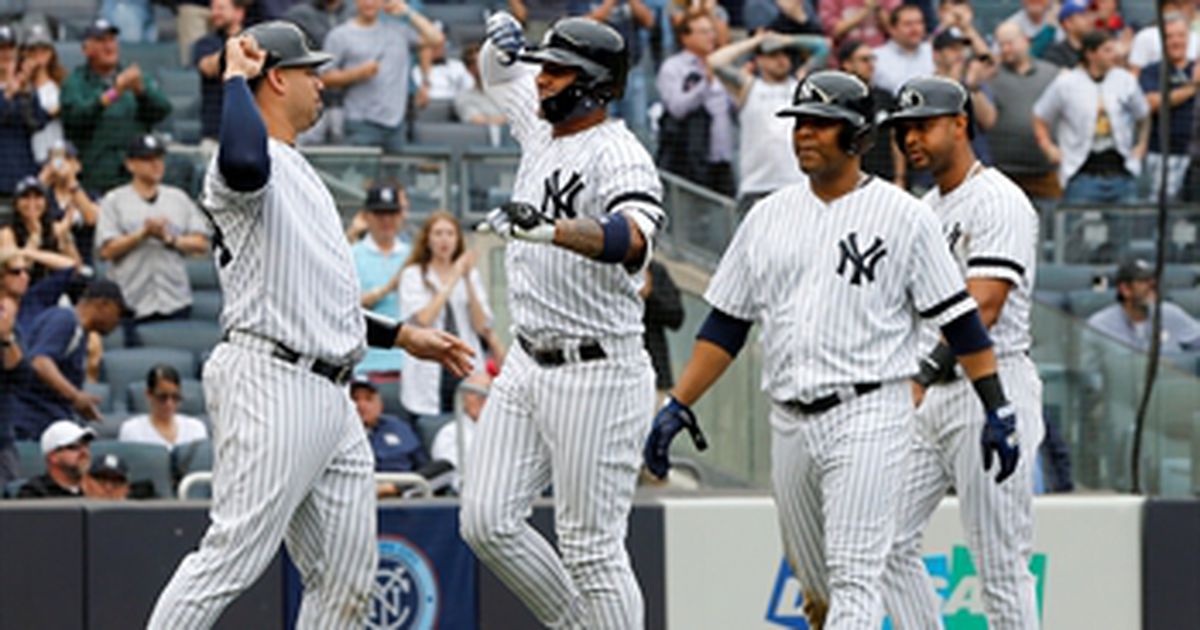 2019 has been a unique ride for the New York Yankees.

Despite 21 total players serving some sort of stint on the Injured List this season before the All-Star Break, the Yankees have found ways to win. After becoming the third team to reach 50 wins this season, the best may be yet to come.

However, just a month and a half ago things looked very different.

Players like Mike Tauchman, Mike Ford and Thairo Estrada were getting regular playing time. Veterans such as Gio Urshela and Cameron Maybin were considered two of the most dangerous bats in the lineup.

After a 6-9 start to the season for the injury-plagued Yanks, their path to the 28th world series title had some early traffic.

That is until a core of six players, and the dominant bullpen put the team on their back. This includes Clint Frazier, Domingo German, LeMahieu, Voit, Sanchez, and Torres.

After the injury news of Luis Severino broke, many fans assumed either James Paxton or Masahiro Tanaka would become the team’s “ace”.

Before his previous three injury-plagued starts, which eventually lead to his current injured list stint, German was pitching like a top-flight pitcher. Not only did he sport a sub-2.50 era, but he reached nine wins before anyone else in the majors.

When compared to Severino’s 2018 start, German was actually better. When both guys come back healthy, the Yankees might just have their pitching woes solved.

The bullpen, while missing Dellin Betances, has been nothing short of excellent. A group called the “Four Horsemen” has been formed.

Adam Ottavino, Tommy Kahnle, Zach Britton and Aroldis Chapman have shortened baseball games for the Yankees all year long. They have a combined era of 2.06, shutting down opponents late in games.

Luke Voit and Gary Sanchez have become Judge and Stanton 2.0. Although if you asked them, they’d say they’re Sanchez and Voit 1.0.

They have a combined 40 home runs and 98 runs batted in, as they’ve anchored the middle of the Yankees order.

For Sanchez, after a disappointing and injury-plagued 2018 season, the catcher faced a myriad of trade rumors in the offseason. Surely though “The Kraken” has put any concerns to rest.

He currently leads the American League in home runs with 23. Meanwhile, he has also taken full control of the title as the best catcher in baseball.

In Luke Voit’s case, he came into the season looking to prove his second half of 2018 wasn’t another edition of Shane Spencer.

Not only has his defense been great, but his .390 OBP leads the team. This evidences the amount of respect he is already garnering from pitchers.

Gleyber Torres and Clint Frazier represent the 2016 midseason haul for Andrew Miller and Aroldis Chapman. They both now carry on the torch as the youth movement continues.

Unfortunately for Frazier, the recent returns of Judge and Stanton caused a roster crunch. The Yankees had to option him to Triple-A where he could see everyday playing time.

That shouldn’t take away from what he has done this year though.

The quick rise of Frazier produced 11 home runs and 34 RBI while hitting .283. More impressively his average sits around .350 with runners in scoring position.

Speaking of that stat, Gleyber Torres is hitting .361 in those situations. The 22-year old second-year player has continued his growth as a star.

On top of that, who would’ve thunk that come June 25th Gleyber Torres would be second on the Yankees in home runs with 18.

Last but not least, the runners in scoring position king himself, DJ LeMahieu. The versatile infielder has taken control of the leadoff spot for the Yankees with no intention of giving it up.

LeMahieu was projected to be a backup at the beginning of the season. However, injuries to Troy Tulowitzki and Miguel Andujar opened things up for DJ.

He not only ranks second on the team in RBI with 51, but he is hitting .478 with runners in scoring position. Those are the numbers of a machine.

These players are why the Yankees stayed afloat. They will continue to play a huge role as the Yankees look to get over the hump for their first title in 10 years.