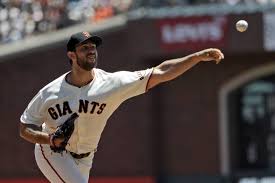 The free agency hold outs finally ended for both Dallas Keuchel and Craig Kimbrel as they both signed deals in the same week.

Kimbrel ended up going to the Cubs on a three-year pact, while Keuchel signed a one-year flyer with the Atlanta Braves. The signings marked a merciful end to an increasingly slow MLB free agent market.

For starters, expect the Rays, Twins, and Phillies to add. All three teams have had successful seasons, but probably sit a tier below the Astros, Dodgers, and Yankees at full strength.

On the other hand, the most surprising seller just may be the Cleveland Indians.

After winning the division for the past three seasons, the team is barely hovering above .500. This coincides with falling further and further behind the Twins.

The one team that can’t be forgotten are the reigning champion Boston Red Sox. Sure they have struggled, but neither the Rays or Yankees have done enough to completely put them away.

The team sits 6.5 games behind first place, continuing to tread water. They’re one win streak away from re-entering contention, making them buyers.

Starters Trevor Bauer, Marcus Stroman, and Madison Bumgarner are all expected to be available. The Yankees have specifically been linked to Bumgarner as they’ve gone through a plethora of pitching injuries.

On the offensive side of the ball, hitters Anthony Rendon, Jose Abreu and Edwin Encarnacion should all be available for trade.

The Houston Astros could look to add slugger Jose Abreu. This would be a case of the rich getting richer, as the 2017 champions are hungry to get back to the mountain top.