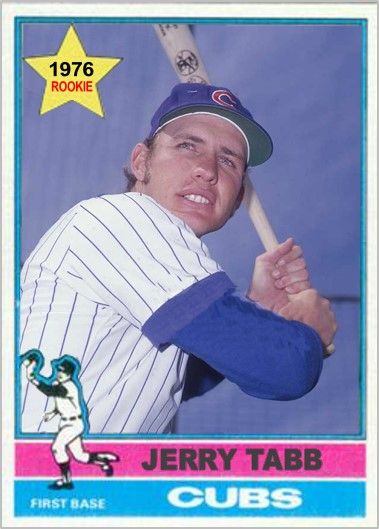 For the past decade, I have attempted to help a group of retirees who are not receiving Major League Baseball (MLB) pensions. Men like Altus native Jerry Lynn Tabb, 69, who won the College World Series Most Valuable Player Award when he attended the University of Tulsa as a freshman in 1971.

Drafted with the 16th pick in the first round of the 1973 amateur draft, Tabb played with the Chicago Cubs and Oakland Athletics during his career. Over parts of three seasons, Tabb, who appeared in 74 career games, came up to bat 177 times, scored 10 runs and collected 40 hits, including three doubles and six home runs.

Due to a vesting change in 1980, anyone who had more than 43 game days of service on an active MLB roster but less than four years of service has not received a pension, which is worth as much as $225,000, according to the Internal Revenue Service (IRS).

In April 2011, MLB and the union representing current ballplayers, the Major League Baseball Players’ Association (MLBPA), partially remedied this situation by giving all these non-vested men an annual stipend of $625 for every 43 game days of service they were on an active MLB roster, up to $10,000. And that’s before taxes are taken out.

But the bone the men were thrown dies with them. Those monies cannot be passed on to a widow, child or other designated beneficiary, which a real pension allows.

Also on that 1971 team with Tabb was Montréal Expos hurler Steve Rogers, who was a real slick customer even back then and not just because he earned a degree in petroleum engineering.

Rogers is now the union pension liaison. So much for helping out a former teammate, huh Steve?

Thanks to collective bargaining, the 30 club owners do not have to negotiate over this issue. So the brunt of the blame falls squarely on the MLBPA, which paid its 72 staff $16 million, according to the union’s own 2015 IRS filing. And its executive director, Tony Clark, not only receives his own MLB pension but a reported salary, including benefits, of $2.1 million.

Even though the players’ welfare and benefits fund is worth more than $3.5 billion, Clark has never commented about these non-vested retirees, many of whom are filing for bankruptcy at advanced ages, having banks foreclose on their homes and are so sickly and poor that they cannot afford adequate health care coverage.

If you’re wondering why you haven’t heard or read about this matter before now, the truth is that most sportswriters, columnists, and broadcasters don’t want to report about this for fear of reprisal. Or loss of access.

Which is like Bob Woodward and Carl Bernstein not wanting to incur the wrath of the Nixon Administration over that little burglary at the Watergate Hotel.

Okay, so maybe that’s an invidious comparison. But when a Deadspin reporter who tells me he wants to pursue this story because he believes the MLBPA is guilty of “fiscal malfeasance” suddenly stops responding to my emails and calls, what am I to think?

In his book The Game, Jon Pessah called it “willful ignorance” to describe the free pass the Fourth Estate gave to MLB and MLBPA over the use of steroids in the national pastime in the 1990s.

That is exactly how I feel regarding this issue.

As Marc Eisenberg, author of the Money Players Blog, once wrote, “Current players should continue to fight for greater retirement and health benefits for former athletes, not just for recent retirees. All professional athletes should keep in mind that they will be active, voting members of the Players Association for just a few years, but they will be retired players for decades.”

Today’s players need to remember that.

Rogers sells Tulsa teammate out as I previously told you.

Douglas J. Gladstone is a freelance magazine writer and author of two books, including “A Bitter Cup of Coffee; How MLB & The Players Association Threw 874 Retirees a Curve.” His website is located at www.gladstonewriter.com