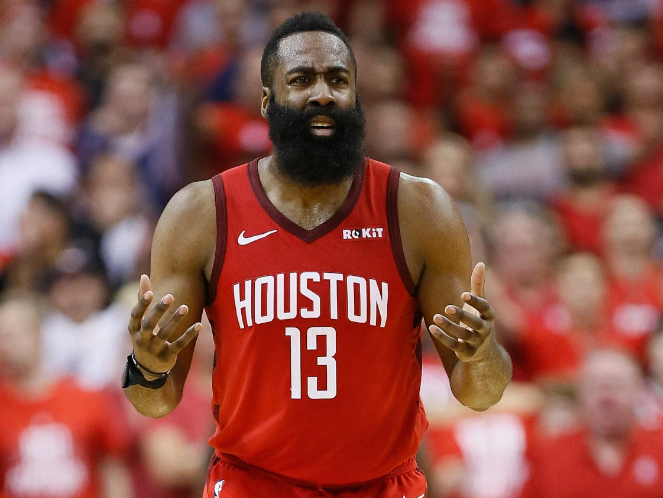 “Houston, we have a problem.”

On Monday, the official account of the Houston Rockets was suspended due to copy right infringement.  Not that the team has much to “tweet” about anyway; earlier  this month, the Rockets suffered several losses in the Western Conference Semifinals to the Golden State Warriors, leading to elimination by losing two games to four. So I guess at this stage in the season, no news on Twitter is just what it is, no news.

A complaint was filed under the Digital Millennium Copyright Act which says that any reports or complaints submitted to Twitter will be responded to in a timely manner. This includes, but isn’t limited to, the “unauthorized use of a copyrighted image as a profile or header photo, allegations concerning the  use of a copyrighted video or image uploaded through our media hosting services, or Tweets containing links to allegedly infringing materials.”

Various reports quoted a Rockets’ insider stating their account has been “temporarily suspended due to a few prior social media posts with copyrighted music.” Houston’s media management is working feverishly to “correct the issue now.”

If this is really going to be a “thing,” I guess we will see more teams, on the professional, college and amateur level being suspended. There seems to be an awful lot of “infringement” going around on social media with the tweets and posts usually being accompanied by pictures, videos and music.

Suggestion: perhaps ending each “tweet” with the phrase “I do not own the rights to this music” will suffice. At this point, it’s worth a try. What else do they have to lose? First the season, now Twitter. What’s next? Let’s hope it isn’t James Harden!