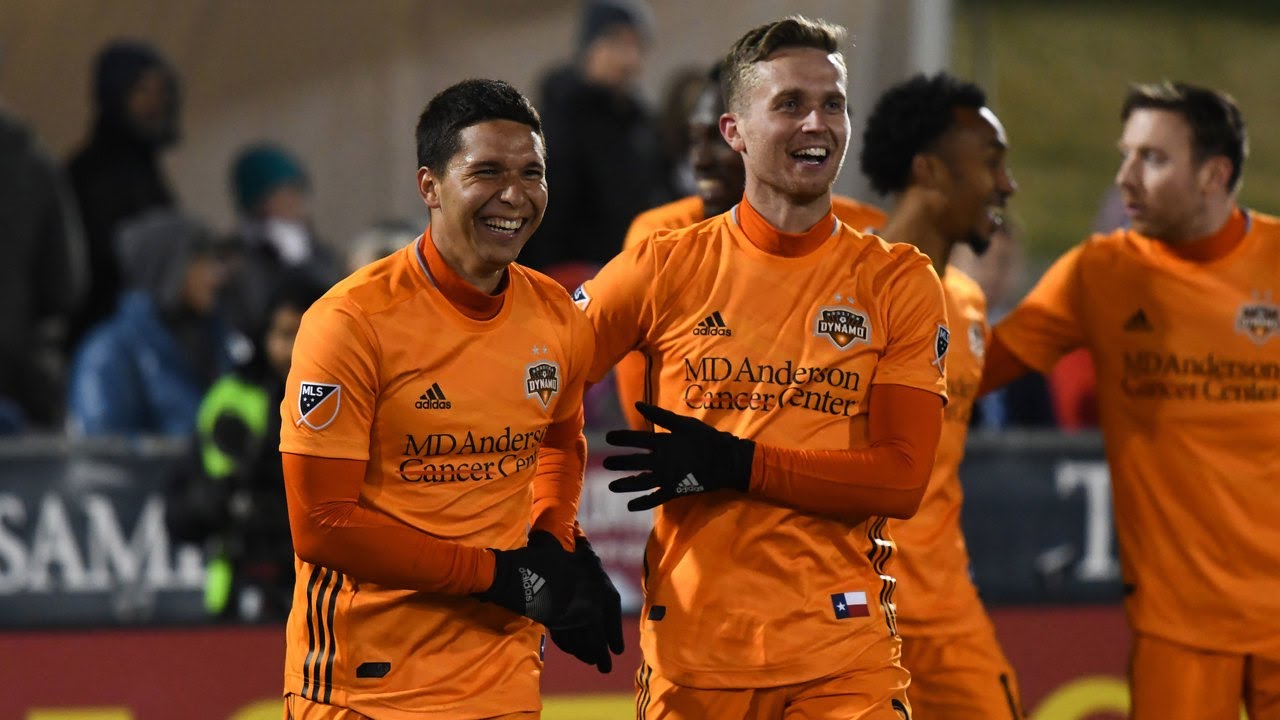 Despite falling behind early, the Dynamo rallied in the second half to steal a victory and remain in the top three of a tough Western Conference.

While it looked like Wayne Rooney and D.C. United was waltzing into Houston ready to win, the Dynamo had other ideas. Despite the Rooney goal, Houston played an overall good game. They possessed the ball more, took more shots, and definitely showed poise in the face of a 1-0 deficit. Let’s examine some of the stats that contributed to the victory today.

Clearly, the Dynamo played smarter and more aggressive. Despite that, United came in as the dangerous team that they are. In fact, this is the second best team out East that came into H-town looking for a signature win. Especially if that victory ends the Dynamo’s unbeaten home record of eight straight. However, that idea seemed more realistic today. That is because some of Houston’s key players were a little off today.

For starters, Mauro Manotas was nowhere to be found until late in the second half when he forced United’s Bill Hamid to save his attempt. Romell Quioto has also seen more action recently but has failed to really be a key contributor. On the other hand, his fellow teammate Alberth Elis has been the man on the wing for the Dynamo. Unfortunately, he would also not show up to well in this match. Luckily for the three aforementioned players, this is a deep squad. Depth is something the Dynamo have lacked for years. However, they have corrected that this past off-season.

In the 11th minute, Elis was forced to come off due to an injury following a collision. His replacement would be Memo Rodriguez. The entirety of the first half was pretty stagnant. Once the second half kicked off however, things got going. In the 46th minute, Rooney scored the first goal off of a Ulises Segura assist.

Unfortunately for D.C., the fun would come to a screeching halt in the 67th minute. Oscar Boniek Garcia made a great pass that found Rodriguez from just outside the box to score the tying goal. A minute later in the 68th, Tommy McNamara received a cross from Adam Lundqvist to give Houston the lead it wouldn’t surrender the rest of the game.

D.C. United’s Paul Arriola received a red card for a harsh tackle in the 85th minute, which practically sealed the victory for Houston.

Overall, the Dynamo displayed once again why this team will be reckoned with in the playoffs should they have home field advantages. However, their goal now should be to improve as a road squad. If this team can conquer their road woes, I truly believe this team can win with the best of the best. As things currently stand, Houston sits third in the West with a 7-2-2 record. The rest of the MLS should be weary of the men in orange. They are healthy, they are united, and they believe in what they can accomplish. Confidence is key in this league. Just ask last year’s champs Atlanta United.

Next up for the Dynamo is a date with Minnesota United FC at the Allianz Field in Minneapolis. As things stand, Minnesota stands in fifth place out West. No doubt, not an easy game to overlook. Hopefully, the injury situation with Elis is not too serious. In the event he has to miss any significant amount of time, this team has enough depth to hold out for a while. However, it would be a shame if the injury kept him out too long. Elis is vital to the Dynamo’s attacking scheme.

The game will be on May 25th. For more coverage of the Dynamo as the season ramps up, stay tuned to NGSC Sports as we deliver the latest. Until next time, Orange Nation.