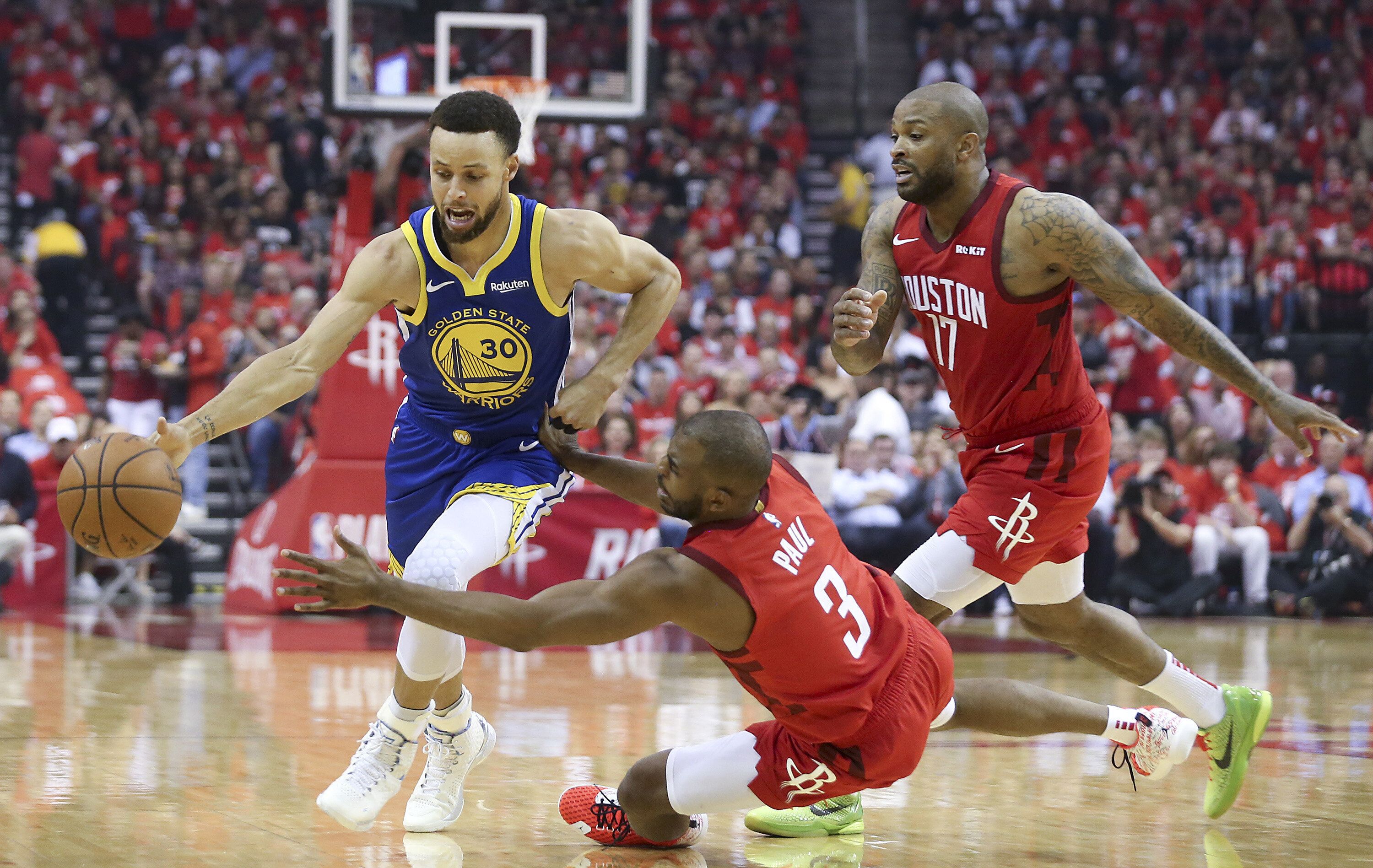 After fighting so hard to even the series up at two, the Rockets flopped in the final two games they played. From bad defense to lack of focus, Houston blew a golden opportunity. What happens now to the future in H-town?

Wow, what a season. The Rockets started in the dregs of the Western Conference, meaning one spot ahead of the lowly Phoenix Suns. During that 11-14 start, Chris Paul got injured as well. Talk about a bad start.

However, something happened. James Harden became literally unstoppable. At the All-Star break, Houston was now missing Clint Capela also. Despite that, Harden carried his team through and they were in fifth place at the break.

It was impressive that Harden did so much to keep them in contention. In fact, his January numbers are among the best in league history. Take a look.

Harden’s numbers during the month of January:

Indeed, a Hall of Fame January for the reigning MVP. It’s what happened after the All-Star break that got them to game six. The best record post-All-Star break and a top five defensive effort were enough to have the fourth seed. They finished the regular season at 53-29.

After that, it was a quick five-game set with the Utah Jazz.

Now we arrive at the West Semi-finals. A Semi-finals matchup worthy of a conference finals matchup. Here it was once again, Houston vs. Golden State round two. If you recall, these two heavyweights went seven games. Chris Paul pulled a hammy, and the what-ifs began. Oh, and the Warriors advanced and swept the outmanned Cleveland Cavaliers.

The Rockets were haunted all season by that. 27 straight missed threes and injuries stopped their dream season.

So here we are. Almost the same thing happened, only it happened to the Warriors now. Kevin Durant went down with a calf strain in a Golden State game five win. A “golden opportunity,” no pun intended. Unfortunately, the Rockets couldn’t capitalize in game six.

It started out well. Steph Curry went scoreless in the first half. That didn’t last long. Remember that at half time the teams were knotted up at 57 a piece.

The defensive effort died in the fourth quarter. The urgency came too late and next thing you know, Curry scores 33 second-half points and along with Klay Thompson’s 27 torched the Rockets and eliminated them. However, the fight was put on all series long. In fact, the Warriors should be glad this dragged out to seven games.

If there was a series MVP, it would definitely belong to P.J. Tucker. Especially for his dirty work on the boards and loose balls. The man that needed to show up but didn’t was Eric Gordon. While he averaged about 20 points a game in this series, he only had nine in game six. Unfortunately, the bench failed to show up as well.

In fact, the bench was among the strong suits for this unit going into this series. However, the most disappointing player in this series was not James Harden. That title goes to Clint Capela. The same Capela that pronounced at the end of the Jazz series “I want the Warriors.” Big fella couldn’t back up that statement, and he really cost the team.

In a series where DeMarcus Cousins is absent, this was Capela’s chance to shine. Instead, he got outplayed by Kevon Looney and cooked by Curry. It was a bad matchup from the start and Mike D’Antoni failed to adjust to that fact. Credit him for sticking with his big man, however.

Overall, this will be the haunting result of Harden and CP3’s career. Daryl Morey has a lot of work to do to keep this team in contention.

What’s next for the Rockets?

Now it is officially the off-season in Houston. The Rockets shouldn’t panic just yet. For starters, wait until you see what happens with the Warriors. Their looming cloud is whether Thompson and KD will remain. Will they extend Draymond Green’s contract? What about “Boogie” Cousins?

Next, evaluate everyone on this roster. Harden is locked up alongside CP3 and Capela. Tucker still has another year here alongside EG. Nene is retiring, so a back up big will be needed.

Perhaps there are options to look at as well. A crazy thing to attempt is a trade. But, this is Daryl Morey we are talking about. He’ll do anything to improve this team. One move Houston should look into is inquiring about Blake Griffin. For years this team has needed a capable power forward who can stretch the floor and grab rebounds. The package would be difficult, however.

Aside from trades, there really isn’t much for Houston to get. Some more role players maybe? Keep an eye on Rudy Gay and maybe even a return for Trevor Ariza. Nothing is impossible. But to add another big name is going to be tough no matter what for Houston.

One player I’d especially like to see here is Tobias Harris. I think he would be a perfect complement to this roster and will add some more depth to the team.

The biggest thing to consider here is an identity change. Iso ball is great when a player is great at it. However, it hasn’t resulted in success here. Mike D’Antoni should really talk to Harden this offseason and see what they can do differently to get to the promised land.

One last thing to aim for is an improved defense. Last season this issue was corrected. However, personnel change made things hard. Nonetheless, it is unacceptable for a team to dip from 7th best to 17th best defense and expect to win a title.

Whatever the case may be, it will be a long off-season for the Rockets. All things considered, this is still a really good team with high hopes. Unfortunately, they still need to tweak some things around. But if they manage to get some good value and add to this team, watch out. James Harden will not go down like this. We’ll have to wait and see when next season rolls around.

For more on the Rockets this off-season, stay tuned to NGSC Sports for the latest.

Thank you for the support all year Red Nation. Until next year guys, enjoy the off-season.