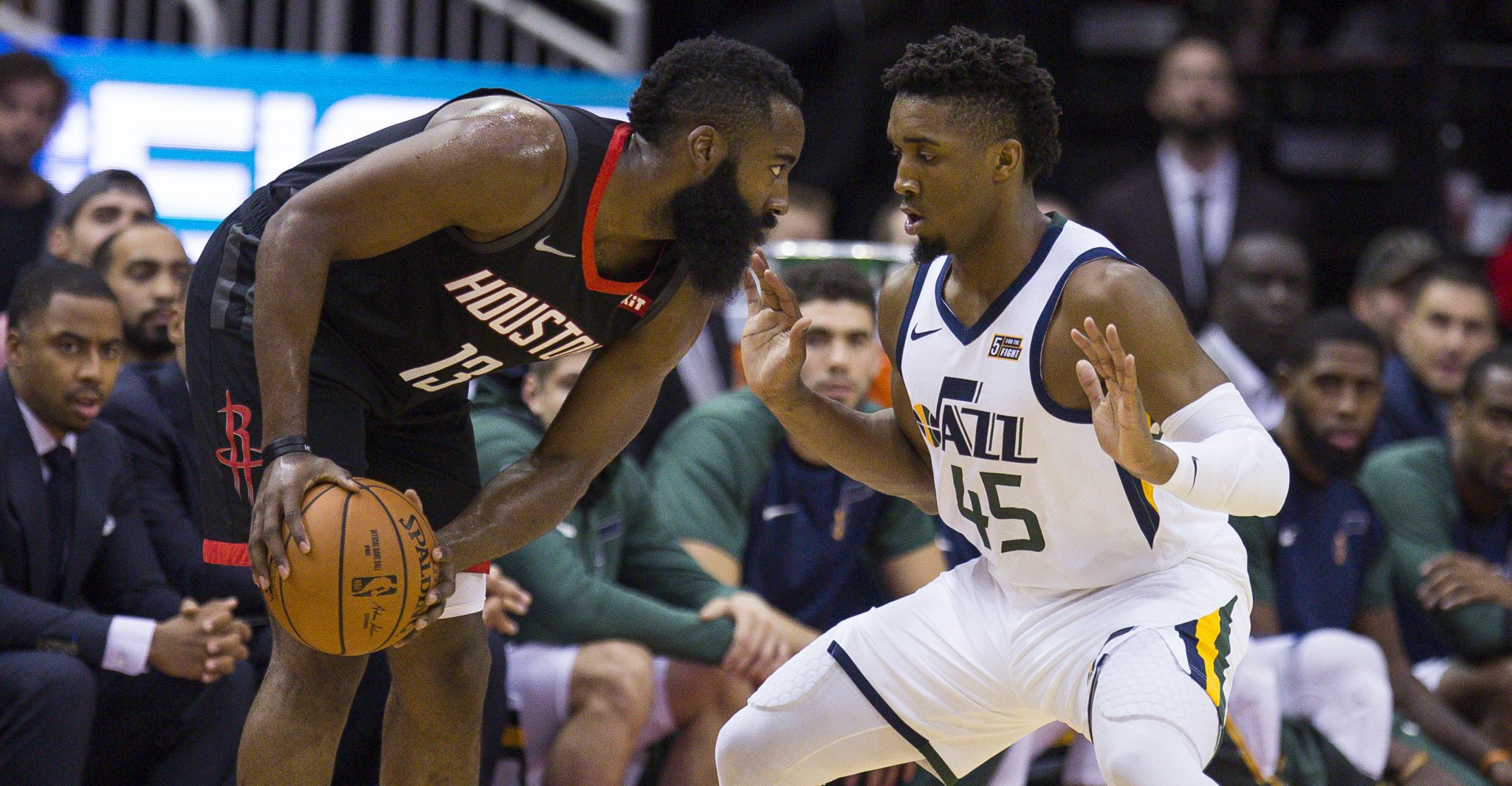 The Rockets and Jazz are off to a riveting start in this series. With games three and four in Utah, what adjustments will be made by both teams?

The Houston Rockets and Utah Jazz know how to make things fun. Last season Utah put a great, albeit short fight, against the Rockets. This year, things look no different. However, Utah is a little more experienced this time around. In fact, the Jazz have been the best defensive team post all-star break. Not to mention they had the edge in the regular season.

While the season series was split at two, Utah always seems to play Houston tougher than any other team in the league. So they are no strangers to the Rockets. Unfortunately, the playoffs started off in different fashion for the Jazz. That’s because Houston is on a mission.

With all of that said, let’s dive a little deeper into both games one and two and see how each played out.

The first couple of possessions for the Rockets looked bad. A slow start had the Jazz feeling good. However, after a one of four start, Houston hit seven of their next eight shots and never really let go of the lead.

There were times when Utah looked to make runs and cut the lead down. But the Rockets answered every time. The five starters for Houston all scored in double figures, and in total, seven players scored in double digits.

Not a bad night to be a Rockets starter. Overall in this game, the team looked solid. Utah could do nothing to stop Houston inside or outside. In fact, the disparity in the paint is what killed the Jazz in this game.

Overall, the Rockets scored 62 paint points, while the Jazz managed 42. Houston also managed to win the rebound battle 51-48. The three-point percentage also belongs to the Rockets, shooting about 37% from beyond the arc. Utah only shot 26% from three. The final nail in the Jazz’s coffin was their turnovers. Utah turned the ball over 19 times, Houston only turned it over 12 times.

Also, shout outs to Kenneth Faried and Danuel House Jr. Both players scored 11 points off the bench and provided massive energy sparks in this game for the Rockets.

Looking at the Jazz’s performance, to simply put it, nobody outside of Rudy Gobert and Donovan Mitchell showed up to play. Ricky Rubio gave them 15 points, but Houston isn’t worried about him.

Derrick Favors put in 13 points, but it was the absence of Joe Ingles in this game that really hurt. Ingles hit one three-pointer for his only points in the game. Unfortunately, that affected his performance on defense as well. In general, he was ineffective this whole game. If Utah expects to win, he needs to play well alongside the others. The bench was also non-existent in this game.

Truly a bad night for Utah, and a great performance by the Rockets.

How would game two fare for both of these teams?

Game two could not have been a more perfect start for the Rockets. Harden came out shooting 50% on the floor for a total of 17 points in the first quarter. He began torching the defense just as he did last game.

Eric Gordon came out firing as well, while the defense also did its job. Utah was held to 19 points in the first quarter. Meanwhile, Houston went up by 20 and began firing on all cylinders. A dream start for the Rockets indeed.

In the second quarter, Utah began showing signs of life on offense. However, the Rockets defense came to play. At one point Houston went seven minutes without scoring. Then Harden came back into the game. After a series of turnovers and fouls, Houston was back up by 19 at the six-minute mark.

After that, it became an onslaught. At one point Houston was up as much as 24 points. The Rockets hit 70 points by the end of the half. Outside of Harden, Tucker also came to play. He began the half hitting four three’s for 12 points.

Eric Gordon came out with 16 points, hitting three after three, and Clint Capela really played some intense defense. A bad first half for the Jazz.

The third quarter was much like the first half. Houston flat out dominated again and the lead remained Houston’s for three quarters.

Overall the Rockets turned in another great performance. Defensively and offensively they played with great poise and an edge. Harden managed a triple-double this game as well.

As for the Jazz, it is plain and simple. Joe Ingles, Rudy Gobert, and Donovan Mitchell must show up to play. Without them, Utah will suffer greatly. Luckily for them, that crowd in Salt Lake awaits them to pump them up.

While the series is far from over, Houston has put a great stamp to go up 2-0. With the series shifting to Salt Lake City, the Rockets must maintain this same intensity to win. However, I expect the Jazz to put up a great fight to extend this series longer. Game three will be at Vivint Smart Arena on April 20 at 8:30 pm central time.

For more on the Rockets as they progress through the playoffs, stay tuned to NGSC Sports. See you in Utah, Red Nation.