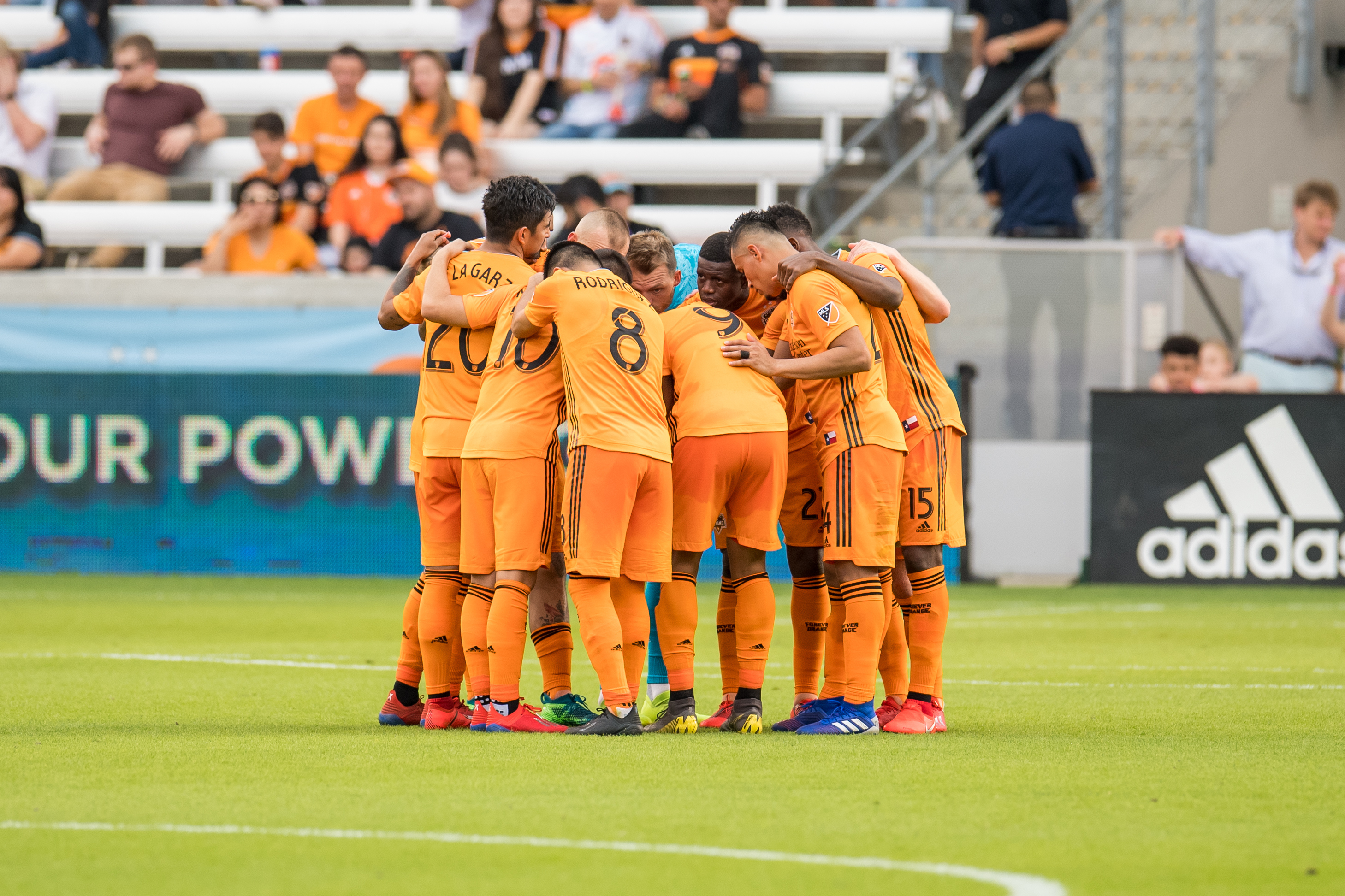 After a thrilling game at BBVA Stadium, the Dynamo pull out a victory before heading off on the road.

What a Saturday it was for the Dynamo. Consecutive home victories lead to six points before heading on the road. With seven points total, Houston now sits in second place early on in the season. However, it is still very early in the season. But not a bad start when you’re behind the Seattle Sounders in the West.

Things didn’t get off to the right start at first. Needless to say, it turned out to be quite an entertaining game in H-town today. Let’s take a look at some of the action.

With eight out of 10 wins at home dating back to last season, Houston has opened up on fire. Memo Rodriguez scored a goal in the 15th minute. However, after a penalty shot was awarded, Vancouver’s Fredy Montero converted and leveled it at one all.

Following the Montero goal at the 35th minute, the Whitecaps scored again in the 54th minute. Thanks to a Lass Bangoura strike Vancouver was able to tie the game up. In the 42nd minute, Alberth Elis knocked in his own penalty to give the Dynamo the lead.

Then in the 73rd minute, Elis set up a beautiful cross that allowed Rodriguez to score again. For the first time in his pro career, Memo has scored twice in a game after this game.

Following this latest three-game spell, the Dynamo are off to their best three-game start in franchise history. They are certainly displaying some talent this season. Unfortunately, Houston doesn’t play all their games at home. If they are to really make some noise this year, they must win on the road as well.

Next up for the Dynamo, the Colorado Rapids in Colorado. This will be a big game for Houston to build off if they are to truly contend in the Western Conference this year. Luckily for the Dynamo, they have some real firepower on both ends of the ball.

Regardless of who the opponent is, Houston should fear no one. They have an attack as formidable as anyone and an experienced back line ready to defend anyone.

Man of the match

The man of the match for this game is no doubt, Memo Rodriguez. The youngster is off to a great start and hopefully, he can keep up this kind of performance throughout the season. With three goals in the last two games, Memo certainly looks great.

Honorable mentions can also go to Elis for his wonderful work on the wing today. Both guys were instrumental to the victory today and deserve praise.

For all the latest on the Houston Dynamo, make sure to like and follow us at NGSC Sports.