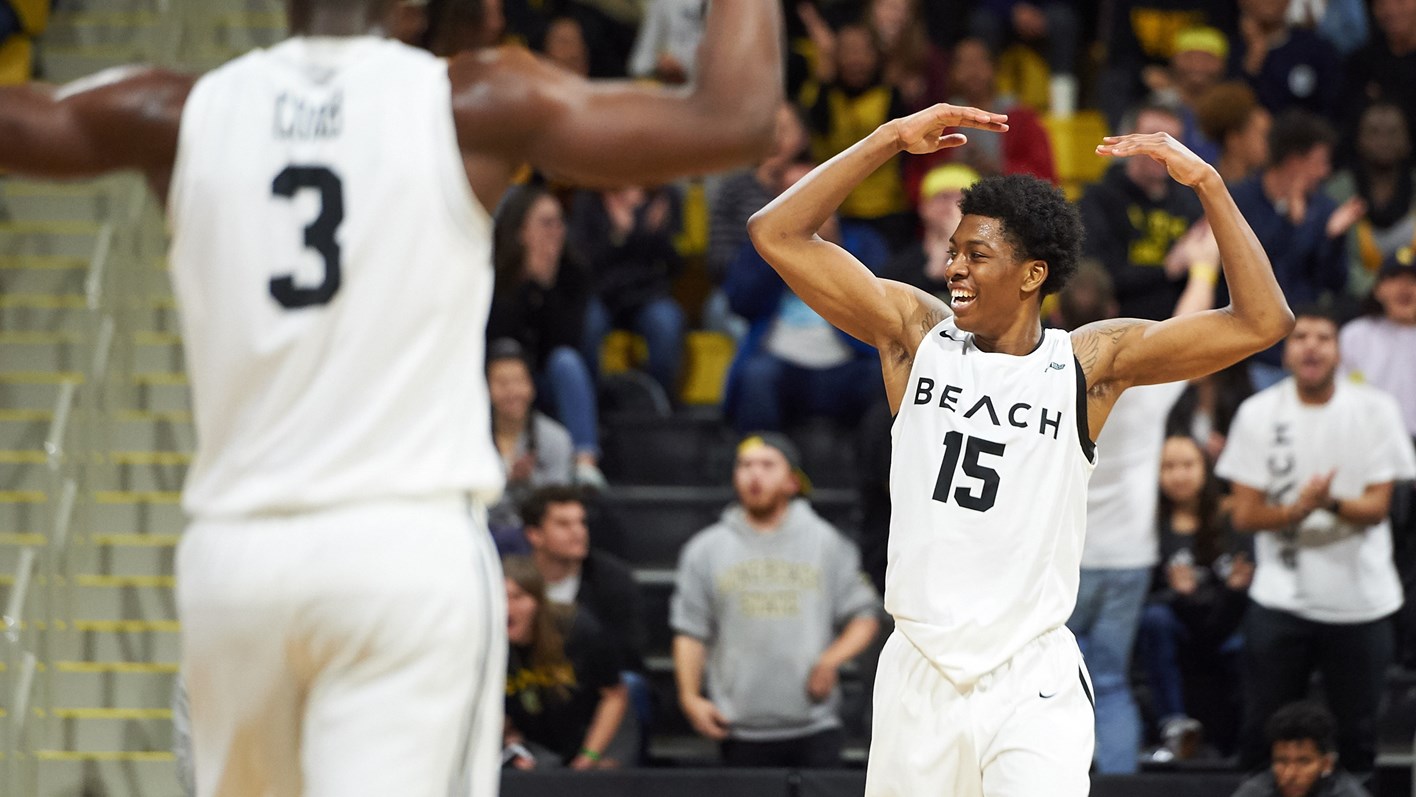 With a 70-57 win over UC Riverside Wednesday night at Walter Pavilion, Long Beach State concluded their regular season on a five-game winning streak.

The 49ers finished 14-18 on the season and 8-8 in Big West Conference play. While the record is only good for fifth in the conference and may not be intimidating, the win streak shows the team is playing as good as anybody right now.

Just a few weeks ago the team sat at 8-16 in the midst of losing six straight. Close loss after close loss created more frustration amongst the players. That is until they learned to win close games.

With five of their last six wins being decided by single digits, Long Beach State appears more confident than ever. They’ve shaken their clutch moment woes and appear to be more locked in on defense.

Their best win of the season came February 28th at UC Santa Barbara 69-64. In a game against the third-ranked team in the conference, they showcased their two biggest flaws being mended.

During their winning streak, the 49ers have surrendered only 70.2 points per game. That is a significant improvement from their second to last Big West ranking with 76.3 points per game.

Their turnovers have also improved drastically. They have averaged less than 10 turnovers per game in contrast to the 14.3 season average that has them last in the Big West.

Come tournament time the top-ranked teams are expected to win. However, the team playing the best can never be slept on. In the Big West, Long Beach State is playing as good as anybody.

With their confidence sky high, they’ll compete in the Big West Conference March 14th-16th at the Honda Center, as they await their seeding.