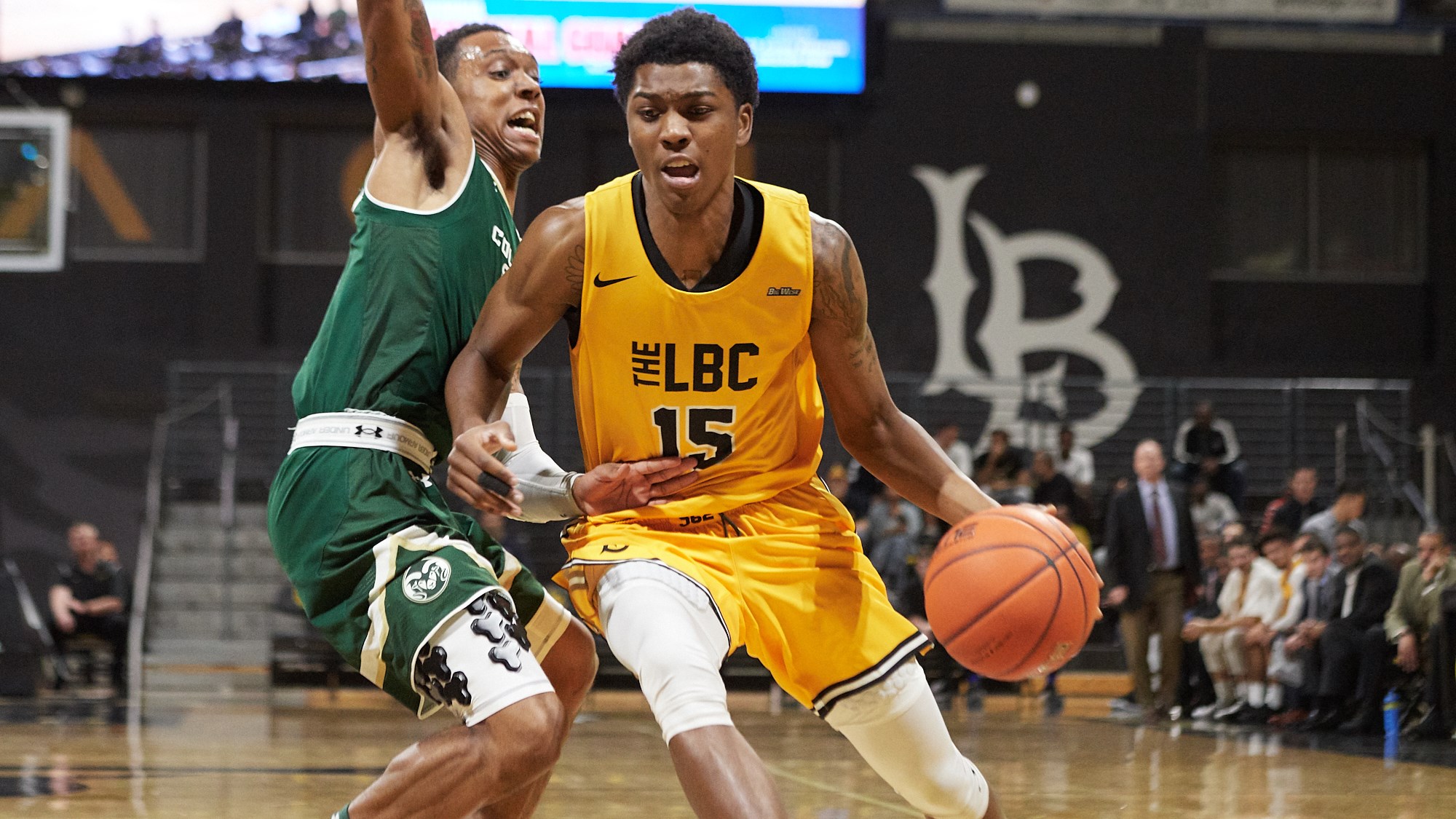 Long Beach State defeated Cal Poly 94-85 Saturday night at Walter Pavilion in a game which they controlled and never trailed.

The win marks the 49ers’ fourth straight, bringing their record to 13-18 (7-8 BWC). Most importantly, they now sit 1 1/2 games behind the third seed in their conference.

After their debatably biggest win of the season Thursday at UC Santa Barbara, coach Dan Monson was cautious of a potential let down against the last place Mustangs 6-21 (2-12).

“We came out pretty sharp and had a good start to the same,” said Monson. “We got some stops and got up early which allowed us to take control of the game.

Long Beach State opened the game on a 10-2 run lead by Deishuan Booker who had 31 points. He added five assists and 10 rebounds as he consistently attacked the shorter Mustang guards.

“I knew going to the basket I would have a lot of time and area to finish over them,” said Booker. “Coach always says to be aggressive from the start of the game in order to help set the tone and set up other guys.”

However, Long Beach went into the break up 40-31 due to the bench finishing the half strong. Temidayo Yussuf had 11 of the 49ers’ 21 bench points.

Yussuf with the last basket of the half for the Beach who lead Cal Poly 40-31 at the half. #GoBeach Watch now at: https://t.co/XCNiZxOEgK pic.twitter.com/8RsSBryDSz

Long Beach State pushed the lead to 19 with under five minutes left. Despite becoming nonchalant on defense over the last few minutes, they iced the game at the free throw line. The team went 34-41 on the evening.

Long Beach will finish their regular season Wednesday night at home against UC Riverside. The team will look to finish conference play at .500 and continue to build momentum heading into the tournament.